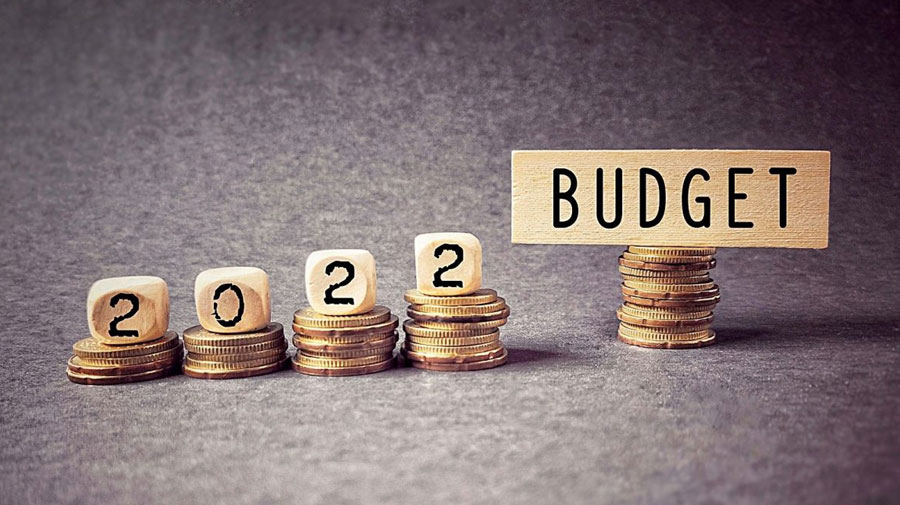 It is highly encouraging that the Union Budget seeks to lay the foundation and give a blueprint of the economy over ‘Amrit Kal’ of next 25 years – from India at 75 to India at 100, said Mr Pradeep Multani.

We appreciate that the PLI Scheme in 14 sectors has received the excellent response ‘Make In India’ can create 6 million new jobs seek to lay the foundation for the next 25 years, said Mr Pradeep Multani.

It is encouraging that the Emergency Credit Line Guarantee Scheme has helped 130 lakh MSMEs mitigate the worst impact of the pandemic. In this regard, an extension of the ECLG Scheme up to March 2023 along with the extension of guaranteed cover by another Rs 50,000 crore, bringing the total cover under the scheme to Rs 5 lakh crore now, is highly appreciable and in line with PHD Chamber suggestions, said Mr Pradeep Multani.

It is highly appreciable to note that the IT, Defence and R&D will be opened up for industry and startups and 68% of the capital procurement budget in defence will be earmarked for the domestic industry in 2022-23. This will provide a great boost to the industrial development in the country, said Mr Pradeep Multani.

To catalyse the overall investments in the economy, an allocation of Rs 1 lakh crore has been made to assist the States for FY 2022-23. These 50-year interest-free loans are over and above normal borrowings allowed to States and will be used for PM Gati Shakti-related and other productive capital investments of States, said Mr Pradeep Multani.

To facilitate faster movement of people and goods, PM Gati Shakti will encompass the 7 engines for multi-modal connectivity for the states with speedier implementation of development projects through technology through Rs 20,000 crore financed by the Government to speed up this project, said Mr Pradeep Multani.

The recognition of infrastructure development by Budget is also visible through announcements such as boost for Railways under the Gati Shakti plan, development and manufacturing of 400 new-generation Vande Bharat trains in next 3 years, expansion of National Highway network by 25,000 km in 2022-23, planning od 100 cargo terminals in 3 years, among others, said Mr Pradeep Multani.

It is highly encouraging that for mobilizing resources for green infrastructure, sovereign Green Bonds will be issued as a part of the government’s overall market borrowings in 2022-23. The proceeds will be deployed in public sector projects which help in reducing the carbon intensity of the economy, said Mr Pradeep Multani.

The budget announcements including promotion of chemical-free natural farming, promotion of the use of Kisan drones for crop assessment, digitization of land records, spraying of insect pesticides, MSP direct payment of Rs 2.37 lakh crore to wheat and paddy farmers, set up of digital university with a focus on Information and Communication Technology (ICT) using the hub and spoke mode, among others, will go a long way to support the Indian farmers and take the growth and development of agriculture sector to greater heights, said Mr Pradeep Multani.

The competition of 80 lakh houses in 2022-23  for identified beneficiaries of PM Awas Yojana and identification of 60,000 houses as beneficiaries for PM Awas Yojana in rural & urban areas will be beneficial for many people who have the dream of owning a home, said Mr Pradeep Multani.

The announcement of handing out of Bharatnet project contracts for optical fibre networks under the PPP model and ensuring access of digital resources to all villages as urban areas will unlock the opportunities of growth going ahead, said Mr Pradeep Multani.

The roll out of an open platform for the National Digital Health Ecosystem, consisting of digital registries of health providers and health facilities, unique health identity and universal access to health facilities is highly encouraging, said Mr Pradeep Multani.

With the aim to provide a big boost to the economy, the digital rupee will be issued using blockchain and other technologies by RBI starting 2022-23, said Mr Pradeep Multani.

Announcement on review and setting up of a committee for a regulatory framework for venture capital is highly appreciable, said Mr Pradeep Multani.

The acceptance of the use of surety bonds as a substitute for bank guarantees in government procurements will go a long way to reduce indirect costs for suppliers and work contractors. IRDAI has given the framework for the issue of surety bonds by insurance companies, said Mr Pradeep Multani.

Announcements as a surcharge on the transfer of long-term capital gains tax capped at 15%, custom duty exemption on steel scrap is being extended by a year to help MSMEs, custom duty imitation jewellery raised to discourage their imports, reduction in custom duty on methanol, duty concessions on parts of phone chargers, transformers, etc to enable domestic manufacturing, are highly appreciable, said Mr Pradeep Multani.

Last but not the least, it may be mentioned that the PHD Chamber has been working very closely with all the stakeholders of the Indian defence industry including the Ministry of Defence, Armed Forces and the Paramilitary Forces for promoting indigenization and self-reliance in defence manufacturing with special emphasis on MSMEs, said Mr Pradeep Multani.

We are delighted that our sincere effort has been greatly acknowledged and amplified by Hon’ble Finance Minister in Budget 2022 through some great initiatives to increase the defence capital procurement from 58% to 68% and more provisions for the private sector in R&D, testing and certification and establishment of centres of excellence in defence, said Mr Pradeep Multani.