A Metaverse of Smart Workers Everywhere 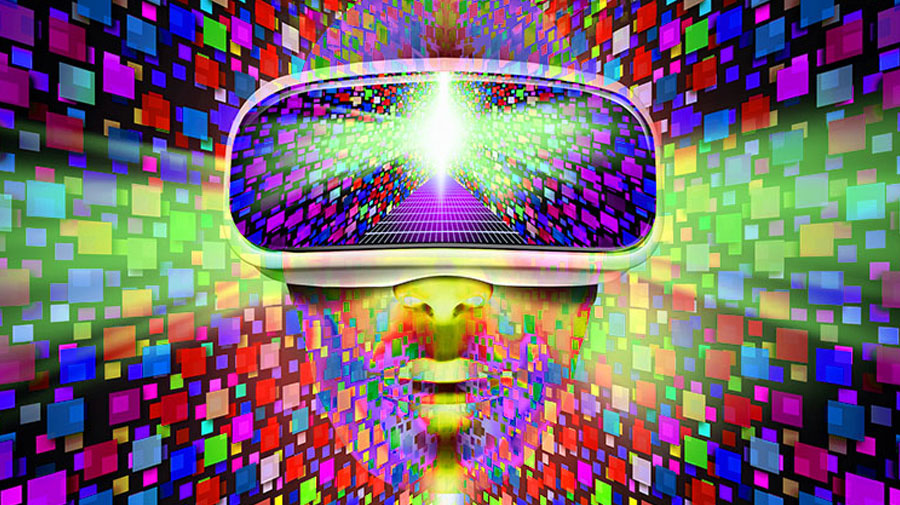 Smart people—digitally smart people who can work from anywhere—and brain inflow through immigration would keep the United States perpetually rejuvenated.

Since the beginning of the digital revolution, every White House aspirant and occupant promised to bring back lost jobs to America. Before Donald Trump, it was Barack Obama who, at the White House Forum on Insourcing American Jobs in 2012, said, “I don’t want America to be a nation that’s primarily known for financial speculation and racking up debt buying stuff from other nations. I want us to be known for making and selling products all over the world stamped with three proud words: ‘Made in America’. And we can make that happen.”

It was a tall political talk. Obama did not know what to do about it without hurting the American economy. It would have entailed tax breaks for companies attempting to create job growth in the United States and, at the same time, penalizing companies that outsource jobs.

Trump tried to do the same. In February 2017, Trump told chief executives of some major U.S. companies that he planned “to bring many millions of jobs back to the United States,” by overhauling the tax code and imposing the border adjustment tax that would impose a 20 percent tax on goods that are imported into the country while offering write-offs for goods that are exported. Joe Biden kept up the same song and dance. Today jobs are aplenty. Workers are scarce or they don’t want to work.

The Covid pandemic has shown that decentralized and digitally distributed work that allows people to do their work from anywhere is the new key to job creation and prosperity.  We need to keep in mind that today’s manufacturing is nothing but digital information. Every activity that takes place in the physical world can be instantly transformed into fluid digital data that can be distributed globally. “Beam me up, Scotty,” is no longer science fiction.

Thanks to cloud technology, digital data can not only be stored and retrieved instantly anywhere; it can also be transformed into predictive intelligence about human behaviour, banking, finance, commerce, national security, or any other social or political activity.  Convergence, instantaneity, and feedback interactivity have made the Internet the most powerful medium of communication ever developed, now leading us to the next evolutionary stage: Metaverse, a 3-D virtual networked world where all kinds of social interactions and experimentations would be possible. Outsourcing and insourcing, gender and race, would become blurred lines.

Outsourcing, for example, has given India a constant state of telepresence in the American political, academic, and corporate discourse. Besides manufacturing, the outsourcing of research and development, as well as other forms of intellectual and professional work, has brought India and the United States into a virtual domain where muscle power, brainpower and creativity are shared and enhanced.

Metaverse would lead to the lowering of barriers for the fusion of disparate cultures, which nonetheless might threaten some authoritarian regimes. China, for example, has been carrying out a cultural cleansing of its popular media by banning ‘digital pollution’ from the United States. To preempt social unrest, the Chinese Central Committee insists on “traditional virtues and socialist core values.” It’s a losing battle.   Every new medium of communication challenges our concept of space and time, with incredible cultural, economic and political consequences. The invention of the telegraph in 1837 altered the geography-based metaphor of communication, which ceased to be synonymous with transportation. It impacted the US Civil War, for example, compelling Abraham Lincoln to impose newspaper censorship. As the telegraph triggered the development of new technologies, communication became progressively footloose, liberated from the constraints of space and time.

The digital global has further altered our view of the space-and-time bound manufacturing workplace. Globally networked corporations such Amazon, Apple, Google, Facebook, Microsoft and Tesla, for example, have a different idea of space and time. For them, the networked world has become a multidimensional universe in which artificial intelligence (AI) and telepresence create activities that are as real as they are in physical space.

AI-telepresence, for example, could enable a Boston medical device manufacturer to remotely control robots in a small city in Ohio to do 3-D print manufacturing of medical devices and ship the products to hospitals in the United States by self-driving trucks.

And that poses a challenge. How to bring these high-paying digital economy jobs to Middle-American cities and rural states such as Vermont and New Hampshire. California Congressman Ro Khanna wrote in The Wall Street Journal that by 2025 there would be 25 million digital jobs. Instead of people leaving their communities in search of jobs and prosperity, it’s possible and politically necessary that the digital economy should be brought to them.

“The experiment with remote work during the pandemic has shown that digital economy could allow millions of jobs to be done anywhere in the nation with access to high-speed broadband,” he stated. This would require broadband infrastructure, affordable connectivity, universal digital literacy, and economic incentives to hire people from rural America.  Oklahoma and Vermont have offered $10,000 cash grants to people who would move to work in their states. Imagine if hi-tech companies were to offer similar economic incentives to digitally smart people to work remotely from rural & small city America!

Bringing hi-tech coastal cities and rural & small city America together through digitally distributed work “may help to soften some of the country’s cultural fault lines. Those who are uncomfortable with the increasingly multiracial nation that the US is becoming may relax their opposition when their incomes and careers are linked to those of a diverse team, “the Congressman argued. The emerging hybrid metaverse-real world America should leave no one behind.

Narain Batra, the author of forthcoming India In A New Key: Modi to Nehru-75 Years of Freedom and Democracy, is a professor of communications and diplomacy at Norwich University, Vermont, USA.