The Idea of Strategic Autonomy as Pushed by Emmanuel Macron: Key to EU’s Strategic Performance 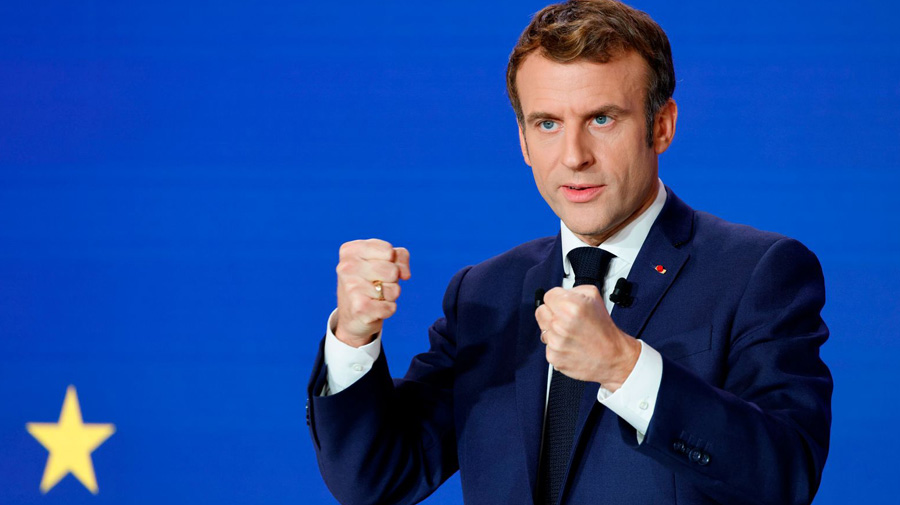 For the first time in more than a decade, France under the leadership of Emmanuel Macron has taken over the presidency of the Council of European Union from Slovenia on 1 January 2022 for a period of 6 months.

Macron’s ambitious vision for the EU council and for the larger stature of EU in the world, if executed successfully, maybe consequential in changing European Union fundamentally.

A more sovereign Europe especially in the security and defence sector has come from the realization that relying on NATO is no longer enough for Europe. This would translate into upping the defense union and other tangible defence and security modernization mechanisms and thereby balance out EU’s transatlantic security ties. Parallel to AUKUS in September 2021, the EU Commission President Ursula von der Leyen had iterated the need to create a European Defence Union. She had also announced a ‘Summit on Defence’ during the first half of 2022, under the guidance of the French presidency of the EU. From a French perspective, assuring European strategic autonomy, and more fundamentally setting up a system for European collective defence, are long-standing ambitions of French President Macron that he will have 6 months to navigate. Under the French presidency of the Council, the EU’s high representative for foreign affairs and security policy will prepare a position paper for the NATO summit in Madrid in coming June. It may be assessed that the flavour of EU’s transatlantic security dependence is likely to undergo a shift with some basics intact.

Coming back to Macron’s steering the EU’s security and defence policy, it must be noted that being the only nuclear power of the EU after Brexit, France’s armed forces are the most heavily engaged and combat-ready of the entire European Union. The return of Great Power politics grants France a particularly legitimate voice for the defence of Europe. France, since 2016, has been backing several mechanisms for the same. The following sections will analyze the mechanisms that are integral to the upgradation of EU’s defence and security policy:

Macron has stressed the need for EU to realize that dependence on the US may be problematic for EU’s strategic autonomy after the former’s retreat from Afghanistan and especially in the context of the Greece- Turkey Mediterranean conflict where Turkey, a NATO member has been aggressive against Greece that is a NATO as well as an EU member. The realization got fueled from the fact that in case of a military aggression between the two hostile states, there is no mechanism in NATO that decides its course in case of one NATO state attacking another. Such a scenario complicates the cornerstone of NATO’s collective defence as per its Article 5. How will this strategic autonomy become possible? The answer lies in understanding the EU’s Strategic Compass.

The goal of the “strategic compass” is “to develop a sovereign, European strategy”. It was launched under the German presidency in the second half of 2020 and would be completed at the March 2022 European Council presided by France. A first draft of the Compass was unveiled to EU defence ministers in mid-November 2021, but it requires political maneuvering to be accepted by all 27 EU states. This would be one of the key challenges to complete as Macron takes office of the EU council. To be adopted in March 2022, the Strategic Compass will look to the 5 years from 2025 to 2030 and propose strengthened security and defence measures in the areas of crisis management, resilience, capability development and partnerships.

Strategic Compass is not a stand-alone act. Since 2017, an EU defence fund (EDF) has been established by the European Commission under the French initiative. As part of the EU’s Multiannual Financial Framework (MFF), 2021–2027 , the EDF is intended to financially empower the EU’s autonomy in defense technology and industry and its research and innovation capacity in future-oriented and disruptive defense technologies.

Macron has stressed time and again that the Strategic Compass is the closest thing the EU has to a military doctrine and akin to NATO’s Strategic Concept that sets EU’s alliance goals.

The Common Security and Defence Policy (CSDP) is an integral part of EU foreign policy.  EU had taken a major step ahead with the Lisbon treaty amendments in 2009 by consolidating the EU’s crisis management apparatus. However, the real paradigm shift was facilitated by the EU Global Strategy in 2016 that set a new level of ambition for EU defence. In addition to the CSDP playing an operational role in the EU’s integrated approach to crises, the EU Global Strategy stressed the need for the EU to become a more capable and effective defence actor. Initiatives such as the European Defence Fund, the coordinated annual defence review (CARD) and coordinated financing for EU operations and technological innovation efforts are all aimed at supporting the EU’s strategic autonomy and the European Defence Technological and Industrial Base. France has had a key role to play in facilitating these security mechanisms and the next 6 months will see a quick development of this agenda.

Macron has been ambitious in mentioning the creation of a European Intelligence Agency.  Right now what the EU has is the EU Intelligence and Situation Centre (ESISC) within the European External Action Service. ESISC is not an Intelligence Service as it has no intelligence collection powers. It is an intelligence fusion centre, functioning based on finished intelligence, shared voluntarily by EU Member States’ Intelligence and Security Services. One of the key ingredients in becoming self-sustaining and autonomous in security and defence will require the EU to have their own integrated intelligence agency. It must also be noted that the Anglophone countries already have a five eyes intelligence sharing network led by The US. Whether of not will macron be successful in getting the 27 members of the EU agree to sharing intelligence is a complex task whose completion only time can tell.

Only if the above mechanisms are robust enough, backed by enough political will, and then steered strongly by France at the helm of the Council of Europe, will the EU defence and security policy will show desirable results. One of the theatres of testing EU’s performance of strategic autonomy will the Indo Pacific region. The EU has already published its Strategy for the Indo Pacific in a landmark document released in April 2021.  The French ambassador to India has also reiterated the centrality of the region as a key priority for France after assuming EU Council presidency. The EU has to transform its reputation for having too many structures but too little dynamism and the key to that transformation is steady political will and leadership.

Last but not the least, the national elections scheduled in France in April 2022 will decide whether or not Macron is staying and will also majorly impact the future of EU’s security and defence policy and completion of the Strategic Compass.