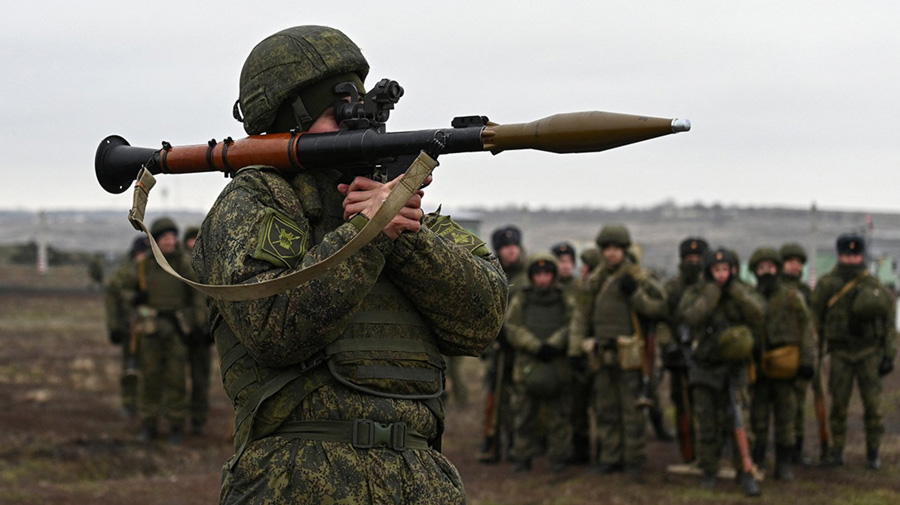 Tensions in Eastern Europe escalated unprecedently in December 2021 when Ukrainian officials stated that Russia could invade Ukraine by early 2022. Ukrainian defense authorities feared the presence of about 95,000 Russian troops on its borders and warned of large-scale escalation.

The current tensions between Russia and Ukraine trace their origin to the Russian invasion of Crimea in 2014. Since then, the Russian-speaking community created its own autonomous state titled ‘Donetsk People’s Republic’ in 2014. Ukraine was unable to prevent this development as the West at that time avoided taking any extreme step and confined itself to international condemnation and protests. However, in 2022, West is not willing to repeat its 2014 stance and check Russian designs to expand its strategic area of influence.

Russia has refuted the allegations of its possible invasion of Ukraine and termed it as a deterrent measure to prevent Western expansion into Eastern Europe, particularly Ukraine. Furthermore, Russia has explicitly stated that it will not allow Ukraine to slip into the NATO fold.  It also urged the US and Europe to roll back military deployments in Central and Eastern Europe, which has been dubbed as ‘’unacceptable’’ by the US. In past, Russian President Putin has already accused the West of turning Ukraine into ‘anti-Russia’ while insinuating NATO’s membership via public statements for Ukraine, leading to enhanced tensions with Russia. Meanwhile, Russia has also expressed its concerns over the deployment of Turkish drones by the Ukrainian forces against the Russian-backed forces in eastern Ukraine and military exercises by Western forces in the Black Sea. The non-implementation of the 2015 Minsk peace deal which was realised to bring peace in eastern Ukraine, is another issue of concern for Russia, as no arrangements still exist for elections which could be monitored in an unbiased manner in the regions confronting the wave of separatism. Putin desires a formal agreement with US and NATO on the concerns related to Georgia and Ukraine to contain aggressive policies of the West in Eastern Europe in particular and Europe as a whole in order to retain its sphere of influence.  The US and EU view Ukraine as a buffer state between Russia and the West. In the backdrop of exacerbating tensions with Russia, the West, is keen to stop Russia from taking over the control of Ukraine.

Amidst simmering tensions, involving Europe the situation, has the potential to drag South Asian giants viz. India and China in the scenario. Significantly, unlike China, India shares a deep and strong relationship with both US and Russia, hence in this situation, India needs to tread its path rather cautiously by adopting a judicious

approach and taking a neutral view of the ongoing conflict. It would be in India’s interest if it avoids being seen standing with the side, pursuing an aggressive approach and threatening the sovereignty of a nation, be it NATO forces or Russia. The aspect of sovereignty has always reigned supreme for India in its political and diplomatic ethos. India has been a known supporter of the sovereignty of all nations as also manifested by the fact that following military conflict (August 2008) between Russia and Georgia India did not recognise the independence of Kosovo. Notably, US was in support of Kosovo’s independence from Serbia in February 2008.

For India, the best-case scenario in the prevailing situation would be the initiation of the reconciliation process between Russia and the West as it is hoped that Russia’s peace with the West will not drive the former towards the Chinese camp. On the other hand, even if the situation arises in which Russia is compelled to enhance its relations with the Chinese because of continued hostility with the West over Ukraine, India would be keen to ensure that Putin does not go all out in support of China and give due consideration to Indian quest for emerging as the dominant power.

On the other hand, the Chinese side too is facing a dilemma in the ongoing Russia-Ukraine conflict. In the backdrop of exacerbating Sino-US tensions which also contributed to forging China’s proximity with Russia, experts expressed apprehensions and there were debates on possibilities that China might assist Russia militarily against Ukraine to undermine US led NATO’s capabilities and compel them to accede to Russian demands. However, despite closeness in Sino-Russia the scenario of providing ground military support to each other by them does not seem a real scenario at least in the immediate future.  Notably, the ties between the two countries are primarily driven by their national interests rather than an ideological affinity between President XI and President Putin. In fact, both China and Russia are keen to engage US at different strategic locations including Europe and Indo-Pacific to attain an edge against the adversary.

In yet another possible scenario, Sino-Russian relations may witness a setback if P.R.C fails to provide Putin with requisite support. On the other hand, if Putin gets overt support on the Russian-West conflict from the CCP, it may also increase further antagonism in the West against P.R.C that may adversely affect their bilateral economic relations.

In the light of the aforementioned points, it is evident that as India shares amicable relations with both US and Russia, hence it should craft a pragmatic view to the outcome of the meeting between Russia and the West in Geneva. Meanwhile, it is still difficult to discern in the present circumstances what course of line China would be taking on the crisis. However, one thing is certain the Ukraine crisis and the related developments in 2022 would certainly, for the next decade, have a bearing on Sino-Russia relations. Notably, it would be interesting to observe the future turn of events as US officials have already stated that the upcoming Geneva meeting this January would not provide any firm commitments/agreements and the meeting though serious would be primarily exploratory in nature.