India-Israel: A Legacy of 30 Years of Diplomatic Relations 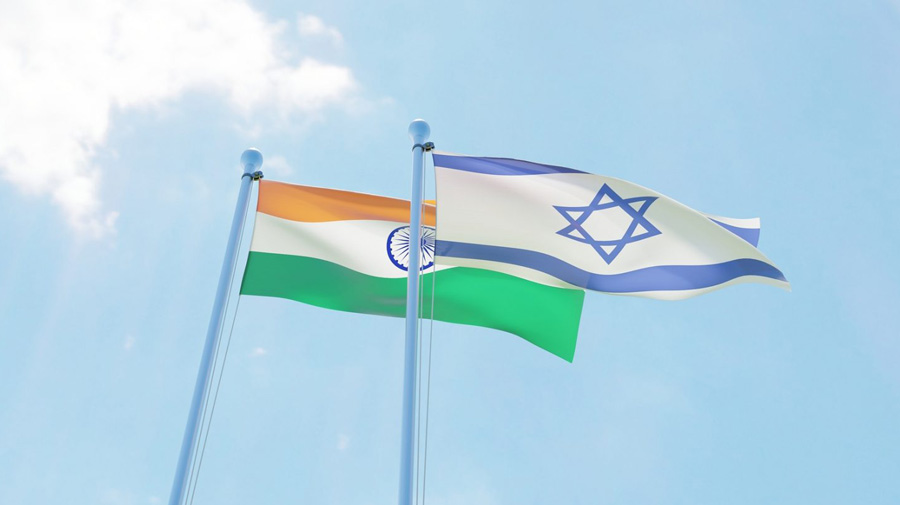 The India-Israel relationship has evolved along with the modern times post cold-war. Though, the strategic relationship between the two was established back in 1950 when India recognised Israel, thereafter an immigration office was established in Mumbai by the Jewish Agency. The two sides did not pay much attention to other areas of cooperation and collaboration. However, this perception is no more confined to military security as the two countries have established bilateral relations ranging from Agriculture to Counter-Terrorism, the range is immaculate. To commemorate 30 years of diplomatic relations, both countries have been gearing up to celebrate the future of this multifaceted dimension. The two countries established diplomatic ties in January, 1992. Moreover, The Indian Embassy is situated in Tel-Aviv, Israel meanwhile The Israel Embassy is located in Delhi, India.

The ties are significantly balanced in terms of hard power as well as soft power and the concept of International relations is notably being acknowledged. As the bilateral relations began on a low-key note in the backdrop of the cold war and widened further leading to businesses and people-to-people contact. Whether it be signing cooperation agreements in Science & Technology, 1993 or signing of three years action plan in 2006 in agriculture which are being successfully carried out till now to pouring in significant amounts of Foreign Direct Investments. The growth is surely evident and has been an exponential one. Moreover, cross cross-cultural diaspora is welcomed by both countries.

Significant and simultaneous visits have been there from both countries. Whether it be the first visit of Israeli President, Ezer Weizman to India in 1997 or the recent visit of External Affairs Minister of India, Mr. S Jaishankar in 2021 to Israel, These meetings have been fruitful and the countries have developed unique and warm relations among them. It is possible to say that these meetings have added a great deal of value.

Both countries have been firmly benefitted from the ties and shares, India has become one of the largest trading partners, the trade stands out to US $4.14 Billion till February 2021 excluding the defense sector with trade being in India’s favor. Both countries enjoy relatively balanced trade, India is the third-largest partner to Israel in Asia and the seventh largest, globally. Major exports to Israel include metals, stones, textile articles. India imports precious stones and metals from Israel, as well as chemicals and minerals, as well as machinery and transport equipment.

Sushma Swaraj has held the post of Indo-Israeli parliamentary friendship since 2006, and has always attached a wide range of importance in developing ties with Israel. The 2016 visit as an External Affairs Minister was proven to be a significant one as she held numerous talks and discussions at the office as well at the delegation level with Israel’s Minister of National Infrastructure, Energy and Water Yuval Steinitz, and Defense  Minister Moshe Ya’alon.

Israel has also shown acceptance towards Make in India, As of September 2019, cumulative FDI from India was about US$ 118 million. Israel’s direct FDI into India was reported at US$ 224.76 million from April 2000 – March 2021. The recent visit of S.Jaishankar has triggered a great amount of debate, enthusiasm in India as well as abroad because of the bilateral discussions and quad west extension.

Both the countries have agreed to conclude the talk of Foreign Trade Agreement by June 2022, If FTA gets materialized , it would significantly act as a boon for the India-Israel Economic ties. Both the countries have agreed to accept each other COVID-19 Certificates to increase International travel and thus it is also an indicator that two countries are hinting towards cooperation in the healthcare sector. In the area of renewable and clean energy, Israel has decided to join the India-led International Solar Alliance as both countries share common objectives in the energy sector.

Israel is eager to strengthen bilateral cooperation with India in a wide range of areas such as healthcare, economics, technology, security and many more areas. Later in the future, a possible India, UAE and Israel trilateral partnership could be forged along with the involvement of the US. Like quad, the major focus will be on trade, maritime security, tech and joint infrastructure projects.

As seen from the political and strategic point of view, Mr. S Jaishankar’s visit to Israel took place at a crucial juncture. A close lookout is being kept by the countries to mark the developments happening in the region in regard to the rising geopolitical dynamic mainly in the wake of the Abraham Accord signed by UAE, Israel and Bahrain in 2020. The Accord is a key strategic player as it has become the regional economic powerhouse and India has a lot to get benefitted as it enjoys significant bilateral relations with the member countries of the Abraham Accord. By expanding the cooperation in multiple sectors including healthcare, energy, agriculture, cyber security, regional security, and technology, India will greatly be benefitted.

To conclude, the scope of the ties between the two countries is in a cherry blossom phase and a lot could be expected from this multifaceted cooperation. As the relationship is changing, interdependence is increasing as India as well as Israel, both are widening the spectrum by showing immaculate interest in various bilateral cooperation, and multilateral cooperation along with other countries in the region and beyond.