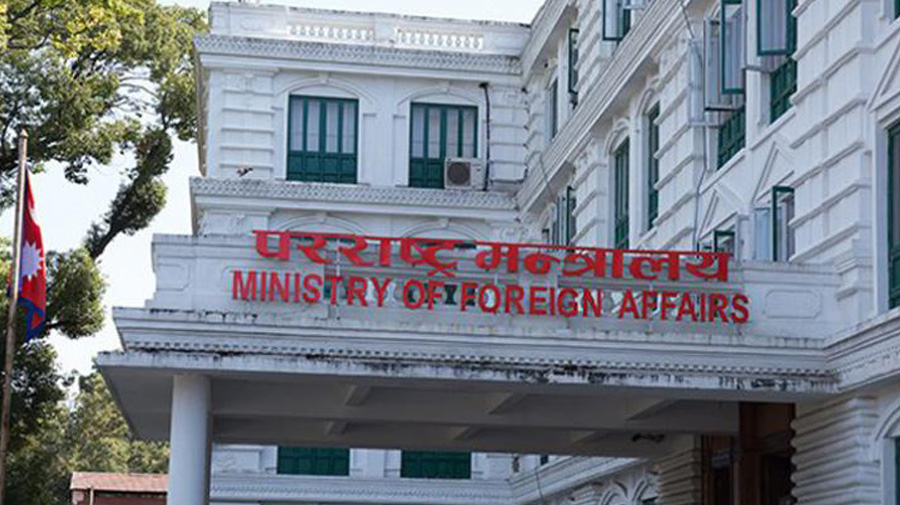 First of all, the policy of peaceful co-existence, non-intervention, resolution of future wars, promotion of peace, opposition to exploitation and close neighborly relations are the general interests of foreign policy. Secondly, the foreign policy-making element reflects the leadership’s understanding and vision. Basic understanding maintains ideological clarity of interests. A mixed policy of external security, sustainable development and the pursuit of world order is adopted in the national interest. There are three main themes in the national interest – national integrity, national welfare and national security.

National interests and objectives are as common as the goals and objectives of the country. International relations are the result of the national interest of every state. Effectiveness in diplomatic bargaining and the high priority of government officials in diplomatic transactions make foreign policy even clearer. It manages three ranges of elements: the core values ​​and the major interests, the middle range goals and the state’s status upliftment thinking. The list of values ​​or principles is included in the document of foreign policy. Democracy, human rights, human security, human development, good governance, prosperity and universal acceptance of diversity and plurality is the pursuit of universal aspirations. Nevertheless, foreign policy guides the country’s reputation in the international community.

The journey and process of unification in the modern political history of Nepal, which commenced in 1768, continues today. Early development of national consolidation from 1768 to 1815, period of management of political events from 1815 to 1846 in the aftermath of the Sugauli Treaty, the secession of Ranarchy from 1846 to 1950, non-alignment or passive foreign policy, the interim democratic era from 1950 to 1960, the Panchayat system from 1990 to 1960, the multi-party democratic reintroduction from 1990 to 2006 (including the Royal absolutism from February 1, 2005 to April 24, 2006), the second Jana Andolan or Peoples’ Movement on April 24, 2006, the transitional new democratic epoch from 2006 to 2015 and the current republican democracy after 2015 reflect political transition as well as foreign affairs challenges. However, the political ups and downs of the republic have been, continuity and diversification in foreign policy are maintained in the liquidity of political activities. Thus, political attempts to manage foreign policy in the changing and challenging times are also undertaken undoubtedly albeit vehement criticisms of the anti-incumbency.

Moreover, the foreign policy of Nepal is mentioned in the constitutional provisions, state policy, directive principles and responsibilities. The continuation of the state’s international activities and non-aligned movement following the five pillar policy or the Panchsheel principle is also a natural consequence of dynamics of international relations or management of great power conflicts in fluid public and international affairs. The general logical framework is the assurance of overarching interests, security, ideological goals, and economic prosperity in the expression of national interests and priorities. As historians concede, the oldest activity of the human society is foreign policy or stranger’s management. In the twentieth century, foreign affairs, foreign relations and foreign policy were witnessed covering the globe. The head of state, the head of government and the Minister of Foreign Affairs are responsible for the challenges, opportunities, successes and problems of foreign policy.

Similarly, it is said that the extended form of internal policy is reflected in external policy. But this is the characteristic nature and scope of the superpowers inclined to and tempted to advocate principles and ideas considered to be of universal mottos. The breadth of domestic policy, its advocacy and campaign, the expression of national philosophy/ideology and creedal passions, the sense of continuity and change amid fluid times, the consciousness of human intent and the literal adherence to international law, the governing expertise of policy, rules and law enforcement, participation, coalition and cooperation in international fora, the goal of enhancing the dignity of the nation, consideration of domestic positions and interrelationships of international politics, state actions and response in international affairs, basis of interaction between and among sovereign states, brainstorming on policy issues and sensitivities of international nature are natural intent in diplomatic behavior of any states.

Internally, the promotion of strength, power and prosperity is an acceptable norm. The purpose of foreign policy is to fulfill the highest interests. The dimension of soft and hard power politics is also meant to be adopted in this policy. Geography, history, political system, politics, political ideology, strategy, defense and struggle for power, security policy and vision, language, culture, religion, the economics of basic goods and services and its updates, trade relations, WTO involvement and leadership and diplomatic skills, etc., determine certainty in foreign policy. This situation varies from favorable to unfavorable, and sometimes the historical context is reappearing. The change of leadership, the urgency of governance, the influence, impact and pressure created by the trend of international politics also refer to some elements that become decisive and some are irreversible. There is a change in an elemental factor. Only a senior diplomat can ascertain and assess it.

The three elemental levels influence foreign policy in the perimeter of the immediate environment of the country’s neighborhood, the external elements and the policy of balance and control of neighboring powers. Therefore, geography, history, national competence and public opinion comprise internal factors. External elements include international organizations, international law, the conduct of superpowers, their great power rivalry, and new demands, ideas, and problems in current international relations. Managing the concerns, interests and demands of the neighbors is both a challenge and an opportunity. Similarly, Nepal has the price of proximity or close affinity to India, while Nepal has the price of amity or friendship with China. It is diplomatic linkages to leap forward in a short time without compromising on tripartite interests and without unnecessary geopolitical tensions. Increasing trust in land-linked Nepal’s neighborly partnership is the best and most beneficial option.

A state follows balanced and friendly neighborhood policy, multilateral and multipolar world order, participation in intergovernmental networks, policy advocacy, joining UN and other international organizations in an active role, participation in a group of developing countries and international cooperation, institutional development of peace, and the policy priorities of empowerment of prosperity, emphasis on disarmament initiatives, energy and climate issues, trade, tourism, foreign investment and foreign employment. Symbolically, it is the resolution of the problems of national politics, respect of national consensus, implementation of public policy, the character of economic diplomacy, emphasis on regionalism and multilateralism, ability to play role and leadership in the international arena, building human capital and communication of foreign policy are demanding currently.

Economic diplomacy, transparency of foreign policy – democratization and wide participation of stakeholders, dialogue and debate in it, allocation of business or portfolio of government, governance and other inter-allied ministries on dynamics of cooperation and coordination in international relations, acceptance and highly engaging role, responsibilities and duties; an elected democratic government compared to an autocratic past entrusted to approve the foreign policy based on broad national consensus and multi-party convergences, parliamentary review on foreign policy has become imperative. Through the performance of diplomatic responsibilities, parliament has the legitimacy to review functions, operations, responsibility and accountability of foreign affairs and foreign policy also in the Parliamentary Hearing Sessions.

There were several reports on Foreign Policy in Nepal that have been submitted to the Office of Prime Minister and Council of Ministers and Ministry of Foreign Affairs. On 31 December 2021, the International Relations and Human Rights Committee of the Parliament decided to form a sub-committee to study the status of Nepal’s Foreign Policy, its implementation updates and submit a new report in consonance with this decision. Parliament Committee has a representation of parties in the Parliament. This new study report covers issues excluded, amendments, rectifications and prime agendas like labor diplomacy, development diplomacy and Diaspora affairs. KP Sharma Oli Government issued a maiden Foreign Policy 2077 V.S. document in Nepal’s foreign affairs. Foreign policy experts caution of duplication in policy postures of the incumbent government to issue yet another document revising and changing foreign policy dynamics to suit democratic norms and values.

After the democratic restoration in 1990, several governments formed around half-a-dozen committees to draft foreign policy and these thematic or sectoral committees produced and conveyed reports to the Government of Nepal. In 1994, a committee headed by the then Foreign Secretary Uddhav Dev Bhatta was formed to submit a report. Likewise, the then Finance Minister and Ambassador Dr. Badri Das Shrestha submitted a comprehensive report in 1998-99. After some political changes, Prime Minister Girija Prasad Koirala government formed a committee when the then Foreign Secretary and Ambassador Murari Raj Sharma was appointed for this purpose in 2006. Again in 2017, Pushpa Kamal Dahal Prachanda led Government of Nepal formed a committee headed by Professor Sridhar Khatri (now an accredited Ambassador to the USA) submitted a report to Prime Minister Sher Bahadur Deuba then in February 2008. Similarly, Dinesh Bhattarai, Madhuraman Acharya and Shambhu Ram Shimkhada, foreign policy career bureaucrats prepared and submitted thematic reports to the Ministry of Foreign Affairs but in vain it was unaddressed or inadequately responded due to different reasons and contexts.

This time the importance of the parliamentary review of foreign policy exemplifies the democratic practice of checks, balances and control of government and governance. It empowers the implementation of citizen-centric and citizen-oriented diplomacy by initiating a fair and open discussion of policy debate on foreign affairs. These deliberations are indicative inherent in liberal democracy. A prime responsibility of diplomacy is to safeguard the freedom, autonomy and sovereignty of a state. Achieving economic stability, prosperity and progress are the second important tasks. Therefore, to make foreign policy accountable, just and citizen-oriented, the parliamentary review has to outline the past, present and future government’s foreign policy report studies and diplomatic issues. It compels us to think about implementing Nepal’s foreign policy in letters and spirit. In the end, the essence of the theme of this special policy on foreign affairs is the realization and characterization of inclusive, prosperous and affluent democracy in the context of Nepal and Nepalese.