Camelot Goes to Canberra: Biden Nominates Caroline Kennedy as US Ambassador to Australia 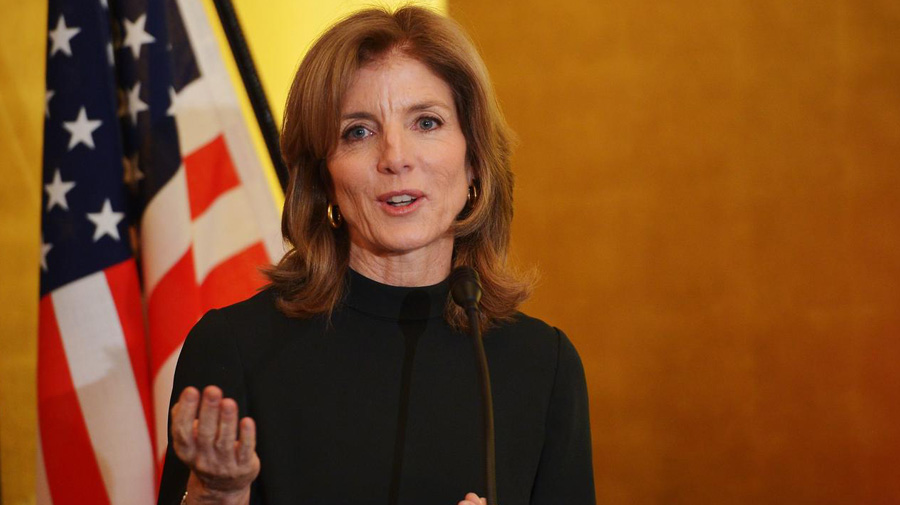 President Biden formally announced his nomination for the new US ambassador to Australia, Caroline Kennedy. Kennedy served as ambassador to Japan under the Obama administration, she is an author, lawyer and heads the  JFK Library in Boston. She is also the daughter of John Kennedy, the 35th president of the United States who was assassinated in 1963.

In nominating Kennedy, displays a great deal of significance the administration attaches to Canberra. The Kennedy’s, often considered America’s royalty, are deeply entrenched in American social and political life. As President of the US (1961-63), President John F. Kennedy’s administration was often called Camelot,  symbolising the changing of the guard from old to new, a renewal of American leadership at home and around the world. This is very similar to Biden’s renewal after the four years of US leadership under President Trump.

In an effort to further cement her role as the future Ambassador,  Kennedy echoed her historical links to the region especially the Solomon Islands and Australia coasters who played an important role in saving her father during World War II.  In addition to tieing her history with that of Australia,  if confirmed, she would work towards “collaborating with the government of Australia to strengthen the alliance, improve global health and increase vaccine access during this terrible pandemic and to address the urgent climate crisis”[1]. The nomination is a way to show Australia the importance of Canberra as a US  ally.

In her capacity as US ambassador to Japan, she was not the most qualified candidate to be the Ambassador to Japan in 2013. In an interview, she candidly stated “My strongest qualifications were that I was close to the president and that I had a well-known name. But it turned out that those are the qualities that the Japanese most valued[2]. However, as Ambassador to Japan, she oversaw the historical reconciliation. She played a central role in pushing for and organizing President Obama’s historic visit to Hiroshima. Kennedy’s biggest challenges came in dealing with the complex dynamics of Okinawa, which hosted nearly half of the roughly 50,000 American troops in Japan. She  presided over a ceremony in which the United States officially returned nearly 10,000 acres of land in Okinawa to Japan[3]. Kennedy is also known for supporting the economic empowerment of women and working to increase student exchanges between the U.S. and Japan. Though she came under fire by Trump during the 2016 election campaign, it has done little to dampen her prospects.

With Afghanistan neutralised, Biden turned its attention to deal with China. In doing so, Australia is a key ally in Biden’s new strategy to restrain Beijing. The importance of Australia was even felt during the Kennedy years in the 1960s. JFK foresaw its importance to the US in 1962 when he nominated his friend Bill Battle Ambassador to Canberra. JFK was convinced that Australia was an emergent power in Southeast Asia and that it was important to have someone who he was personally close to[4].

The sentiments in some regard mimic the Biden administration. Washington seeks to expand its relationship with allies, especially Australia, in the region. Secretary of State Blinken  reiterated the US goal in the region similar to the tenets of the Indo-Pacific strategy (IPS) written by the Trump administration. He stated five goals: advancing a free and open Indo-Pacific; establishing stronger relations with neighboring countries like Australia, Japan and South Korea; promoting prosperity; building resilience; and bolstering security[5].

The revival of Quad under the Trump administration and its continuation into the Biden administration is a signal in the right direction. In addition to the Quad, in September 2021 –  U.S., Britain and Australia announced the formation of a new security alliance that will help equip Australia with nuclear-powered submarines. The alliance is set to reshape relations in the region and beyond.

Thus, Canberra is set to play an important role in Washington’s IPS. The nomination of Caroline Kennedy is a pertinent step in this direction. It signals the importance of the country to the administration, the region, the international community and America’s strategy. Canberra thus has cemented its position as an important spoke in Washington’s wheel in the region. It also signals the use of Biden’s smart power strategy of using a ‘Kennedy’ together with US military might strengthen the alliance. Kennedy, as ambassador, will play a key role in the  negotiations and will be working closely with the State Department and  the Australian government in an effort to bring the alliance  to fruition.

Though there have been extreme levels of partisanship witnessed during the Biden administration, there is little doubt that the once first daughter of the US will be denied her new position by the Senate. However, in the game of politics, the only thing that is certain is uncertainty. In August, the Senate Senate Republicans blocked a number of Biden’s diplomatic nominees including Nicholas Burns as ambassador to China. According to the White House, as of mid-December only 13 of Biden’s 85 ambassadorial nominees have been confirmed by the Senate. Historically, even during heightened levels of partisanship diplomatic nominees have been confirmed. Looking at the three previous administrations, presidents had diplomats confirmed far more, for instance, Trump had 44 of his 60 nominees confirmed, Obama 72 of 96, and Bush 93 out of 103[6].

The GOP could very well create roadblocks to her nomination. However though this is unlikely given her credentials and her standing in the US, the administration is hoping that some of their diplomatic nominees to areas important to  US strategy get confirmed.

The question that looms is to what extent is her position a symbolic choice, and how much clout will she have in Biden’s endgame with Australia. Though Kennedy comes with  some experience as well as the pedigree, the times are different and the situation requires a great deal of maneuvering  and adapting given the current international climate. Symbolically, the selecting of a trusted figure from Democratic Party royalty is a clear statement Biden wishes to convey in its security alliances with Canberra. Practically, given her support for her early support and closeness to the administration, promises some benefits to manage the relationship between Washington and Canberra.

[2]Joe Biden has nominated Caroline Kennedy as his ambassador to Australia. She’s more than a symbolic choice

Kimberley Anne Nazareth
The author holds a PhD in US Policy from the School of International Studies, Jawaharlal Nehru University, New Delhi, India. She also was a Fulbright-Nehru Doctoral Fellow at the American University, Washington D.C. She currently teaches Global Politics.
Tags:
Share:
Share this...