A Russian Perspective on Border Tensions with Ukraine 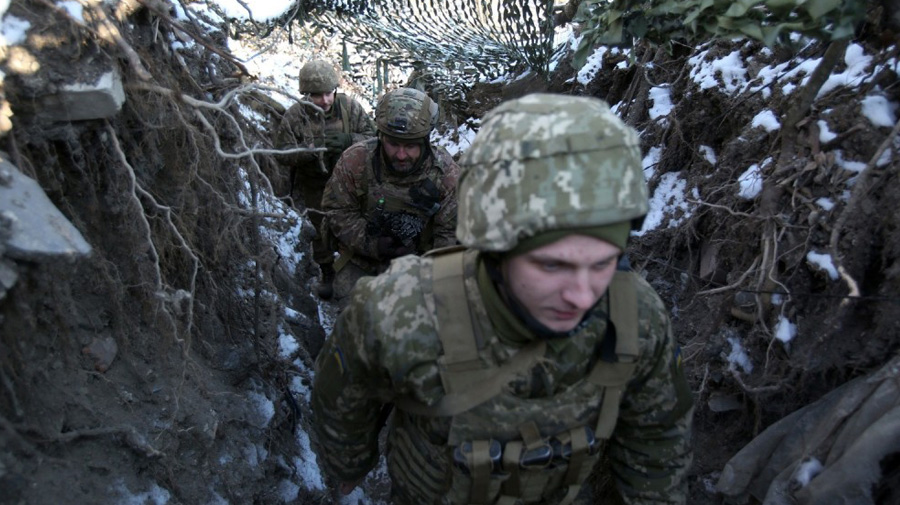 Tensions brewing between Russia and Ukraine over recent weeks have prompted both countries to deploy sizeable troops around their borders with each other. This military buildup which has supposedly crossed 90,000 Russian troops and 1,25,000 Ukrainian troops until now, has raised questions about a possible Russian invasion of Ukraine in the upcoming months, in western circles.

NATO foreign ministers also met in Riga, Latvia on November 30, where the buildup remained most prominent on the discussion agenda. The NATO and European leaders voiced a united opinion against the Russians asking Kremlin to de-escalate. Meanwhile, the Kremlin spokesman Dmitry Peskov has clearly stated that Russia has no plans to attack Ukraine and does not harbor any aggressive plans but the western narrative is that Russia could try to cite some “illusory provocation” by Ukraine or some other country and use that excuse to try and invade Ukraine. Even though it is difficult to predict what might happen, the compounding tensions have led many to believe that an invasion is imminent. But there are many indications that point towards deterrence as Russia’s primary motive behind the current stand-off, as validated by other experts.

At the outset, the latest Russian build-up was triggered by the return of US and NATO warships to the Black Sea Port of Constanta in Romania after coming from Batumi, Georgia. Given that the Black Sea is of utmost strategic importance to Russia as it hosts some of its only warm-water ports and provides access to the Mediterranean and the waters beyond, this development in the backdrop of progressively souring relations between Russia and the West, expectedly threatened the former[i] (Atlamazoglou 2021). Earlier in the year during April Russia had deployed troops towards Ukraine which had evoked scares of an invasion, but clearly only was a deterrent response to US warships heading towards the Black Sea and threats of “NATO” exercises in Europe[ii] (Rainsford 2021).

The recent exacerbation also must be contextualized with respect to years of deteriorating ties between Moscow and Kyiv due to the conflicts in Crimea and the Donbas region. Relations have only worsened under the Presidency of Volodymyr Zelenskiy since his election in 2019, aggravated by pressure on pro-Russian media and politicians in Ukraine, including treason charges against Viktor Medvedchuk, a Ukrainian lawmaker and a close friend of Putin’s[iii] (Light 2021). Additionally, the Zelenskiy government has been unable to improve the political and economic situation in the country which has hampered his approval as many poll ratings have suggested. Therefore, escalating this border conflict to divert attention from the socio-economic crisis affecting the country, pinning all the blame on Russia could be a viable strategy for the Ukrainian President. This, coupled with warming ties between NATO and Ukraine has contributed immensely towards alarming Russia. Russia has concerns over NATO’s supply of high-tech weapons to Ukraine, helping build its forces. NATO has said that this is to protect Ukraine’s territorial integrity, while Moscow apprehends being provoked into a full-scale confrontation[iv] (Light 2021).

Notwithstanding that Russians have made their intentions clear about not planning to attack Ukraine, there are other practical considerations making this unviable. A 1,14,000 Russian force would not be enough to defeat Ukraine’s forces which approximately stand at 2,55,000 and are much stronger than in 2014. This could impose heavy military costs on Russia, which Andrei Kortunov, the head of the Russian International Affairs Council has agreed with, opining that what’s going on at the border is being overestimated[v] (Light 2021).

In the latest virtual summit between Joe Biden and Vladimir Putin, the former has also warned Russia of further stringent economic and other measures in case Russia attacks Ukraine. Even though the Russian economy has managed to withstand the effects of western sanctions, reportedly Russia’s economic growth is still reduced by 2.5-3% a year, amounting to US $ 50 billion a year[vi] (Mishra 2021). The economic situation in the country has also been impacted by COVID, which continues unabated. While Putin still remains widely popular in the country, polls had indicated a marginal decline in approval last year. Therefore, a military invasion that could thrust additional economic repercussions would ideally not be a preferred strategy to resolve the issue and rather seems to be a deterrent to NATO’s and Ukraine’s actions. However, at the summit, Putin also demanded “reliable, legal guarantees’ that would prevent NATO from expanding its territory towards Russia[vii] (Borger & Roth 2021)