Diplomatist > Regions > World > Home Featured > Thoughts on 2021 and Beyond

Thoughts on 2021 and Beyond 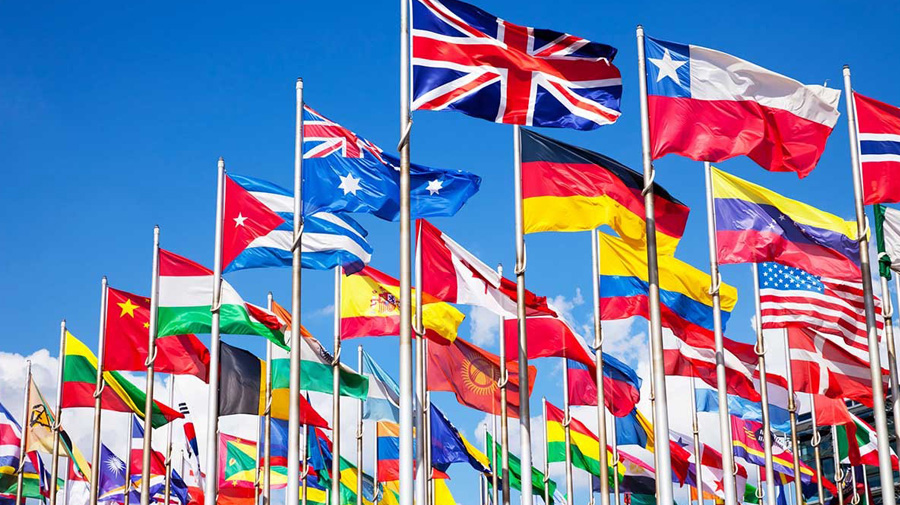 To say the least, the year 2021 started off with a bang, and it may in fact end with a bang. For one, the coronavirus pandemic of the previous year carried itself over to 2021. Also, the year 2021 began with an insurrection in Washington on January 6th which had the potential to upend the entire central government of the United States. A couple of weeks after the January 6th insurrection, Joe Biden ascended to the presidency, and a vaccine rollout began in many parts of the world in order to combat the coronavirus. Thus, the year 2021 began with a kind of intensity and social turbulence that has persisted even at the close of the year.

Much of the dilemmas and problems facing humanity in recent years have been social in nature. Thus, 2021 can be characterized or generalized by social turbulence and tumult. After an intense first month, February 2021 began with a military coup in Myanmar which overthrew its civilian-led government. Much of the outcry on the part of the international community against the military takeover of Myanmar has been futile, and the international community’s outcry has done little or nothing to change the situation there. But Myanmar is part of a bigger picture in East Asia, which is largely overshadowed by China’s rise as a major power in the international system. China has also intensified its intimidation of Taiwan, and China has shown that it is willing to unify Taiwan with its mainland by any means necessary. Now, it is not a matter of if China will unify Taiwan with the Chinese mainland. Rather, it is merely a matter of when and how.

Russia has also enjoyed the spotlight on the international stage to a certain degree in the year 2021. The year included a major summit between Russian President Vladimir Putin and U.S. President Joe Biden in Geneva. Putin took the opportunity to engage with the international media, including the American media, and this enabled Putin to elucidate Russia’s position on a number of issues. Thus, the summit was a major win for Russia from a public relations perspective. But Putin’s summit with Joe Biden did little to nothing to mitigate long-standing distrust between the West and Russia. The West’s involvement in Ukraine since 2014 has enraged Russia, to the extent that Russia is now amassing troops along its border with Ukraine. As mentioned before, 2021 could end with a bang as it began with a bang, mainly because of the Ukraine-Russia issue.

As usual, problems in the Middle East were able to steal the headlines during the month of May. The entire world was vexed by Netanyahu’s assault on Gaza, which lasted for more than ten days. The origins of the battle between Israel and Hamas in 2021 stem from Israel’s attempts to evict Palestinian families from their homes in East Jerusalem. As a result, tensions ran high between Israel and the Palestinians over the eviction issue. Tensions over the eviction issue spilled over into a ten-day conflict in Gaza between Netanyahu and Hamas, which finally ended in a ceasefire brokered by the international community. Because of Netanyahu’s handling of the tensions stemming from the eviction issue, Israel’s parliament removed Netanyahu from office, and it replaced his government with a coalition government consisting of a wide range of political and social groups, including an Israeli Arab group.

But perhaps the most consequential event or occurrence in 2021 was America’s full withdrawal from Afghanistan in August. On August 5, the American-backed Afghan government led by Ashraf Ghani controlled 34 out of 34 provincial capitals. By August 15, the Taliban seized control of all but one provincial capital. Thus, the Taliban takeover of Afghanistan in August, which occurred at lightning speed, shocked the entire world. Perhaps many analysts and observers are still pondering over the question of how the Taliban were able to overtake Afghanistan so fast, and many folks have wondered why the Afghan government collapsed so fast.

One of the major consequences of the Taliban takeover of Afghanistan in August is the manifestation of the limits of America’s 21st-century foreign policy and strategy. Close to 50 percent of America’s exports are weapons. Thus, American foreign policy relies on the perpetuation of war on a global scale. But the collective aim or end of the international system is order and peace. Thus, America’s policy and strategy of chaos and war is unhealthy and unsustainable, given the definite aim and goal of the international system, namely, order and peace. Perhaps the hope in Washington is that its continued provocations towards Russia or China would translate into a war by which America’s “Military-Industrial Complex” could capitalize. But Afghanistan has demonstrated to the international community that Washington’s policy and strategy of chaos and war in order to sustain its weapons industry – which comprises of almost 50 percent of American exports – is a terrible policy and strategy over the long run.

Thus, at the close of 2021 and heading into 2022, international society should expect a panning out of the intensity and social tumult that has characterized and generalized the last few years over the course of the next few years. As mentioned before, the “collective end” or collective goal of international society is order and peace. But the achievement of such a collective end or goal does not occur in a straight line. As a result, people should brace themselves for a certain level of intensity and social tumult as international society gradually proceeds towards the achievement and attainment of its ultimate end or goal.