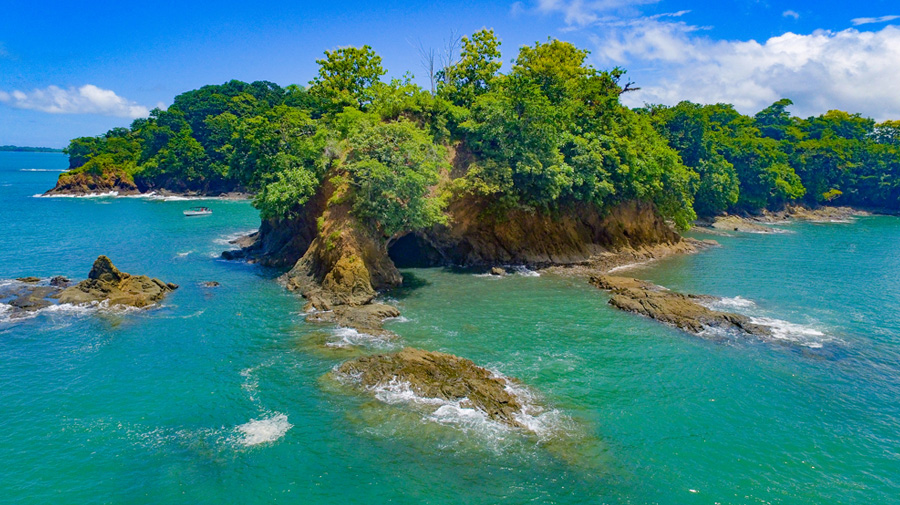 Panama, blessed with a unique geographical location, acts as the union of the whole American continent making it an important pathway for the biodiversity of flora and fauna from the North to the South. Such vast biodiversity brings a marvellous movement of life ranging from dense forests to the great deep oceans. To be home to an ecosystem of significant necessity, it brings a serious environmental responsibility and Panama has embraced this responsibility with pride.

Actions and activities towards a better world

Panama is one of the three-leading carbon negative countries

This year 2021, by executive decree, Panama has increased its marine protected area by 30%. Creating a reserve of more than 67,000 square kilometres, almost the size of the country, rising to 30% the protection of its marine areas and becoming the second Latin American nation to achieve it within the framework of the 30X30 Initiative of the UN. Through this commitment, Panama seeks to protect marine life and the sustainability of marine resources. This initiative supports the global 30×30 movement of the Paris Agreement on climate action.

The Cordillera of Coiba is an underwater mountain range, a true marine treasure and is a key piece of eastern tropical marine seascape being home to a diversity of marine life. In 2015, the government of Panama established the Cordillera de Coiba protected area composed of 17,223.52 square kilometres (about 6,650 square miles).  On this year’s World Ocean Day, Panama´s President, Laurentino Cortizo, signed an executive decree tripling the size of the Cordillera de Coiba marine protected area (MPA) to help safeguard thousands of square miles of ocean life.

Representatives from Panama, Surinam and Bhutan called for “a greater effort and global ambition to achieve the commitments made in the Paris Agreement, in particular, to limit the increase in global average temperature to 1.5 ° C, below pre-industrial levels.”

These carbon-negative countries are committed to holding forums and creating spaces for dialogue to share best practices on effective environmental conservation, and to encourage and support other nations seeking to achieve the same.

These three countries united to show the world what they can do together with political will.

With the signing of this Declaration, in the most important forum for nature conservation, Panama ensures its leadership as a 30 × 30 country and invites Ecuador, Colombia and Costa Rica to establish the same protection in the largest biological corridor in the Pacific.

Water-Saving Basins: The Panama Canal has succeeded in managing the water level, to safeguard an operational level and provide reliability to its customers. The expanded Panama Canal has 18 water-saving basins that reuse 60% of the water used per lock.

Shorter Distance – Fewer Emissions: The Panama Canal has contributed to the reduction of fuel consumption (therefore emissions) as it shortens travel distances. This has a positive impact on the reduction of global greenhouse gases compared to other routes.

Seasonal Measures to protect Migrating Marine Life: From August 1 to November 30, the Panama Canal has implemented speed and traffic recommendations established by the International Maritime Organization (IMO) in order to protect whales, dolphins and other large aquatic animals as they begin their seasonal migration.

Latin American indigenous peoples play a crucial role against climate change. Indigenous and tribal communities are the ones that best safeguard the forests because of their natural appreciation and respect towards nature, their work is key in the reduction of carbon emissions. For this reason, guaranteeing indigenous people the possession of dignified territories is an efficient and profitable way to mitigate climate change. Panama is a pioneer in Latin America and the Caribbean in legally recognizing the rights of indigenous territories. Likewise, Panama created the first reserved region for indigenous in 1938, in the territory of Guna Yala, and its 1972 Constitution recognizes the right of indigenous peoples to collective property. Currently, it has 6 indigenous regions reserves throughout its territory.

Future Projects: Our Oceans, a Global Conference hosted in Panama in 2023

Panama will host this global conference in 2023 one of the most renowned specialized forums in the world that seeks to mobilize the international community where governments, non-governmental organizations and civil society commit to measurable actions for the conservation of the oceans and fight climate change.

H.E. Mrs. Yasiel Burillo
Author is the Ambassador of Panama to India and Consul General of Panama, Mumbai
Tags:
Share:
Share this...