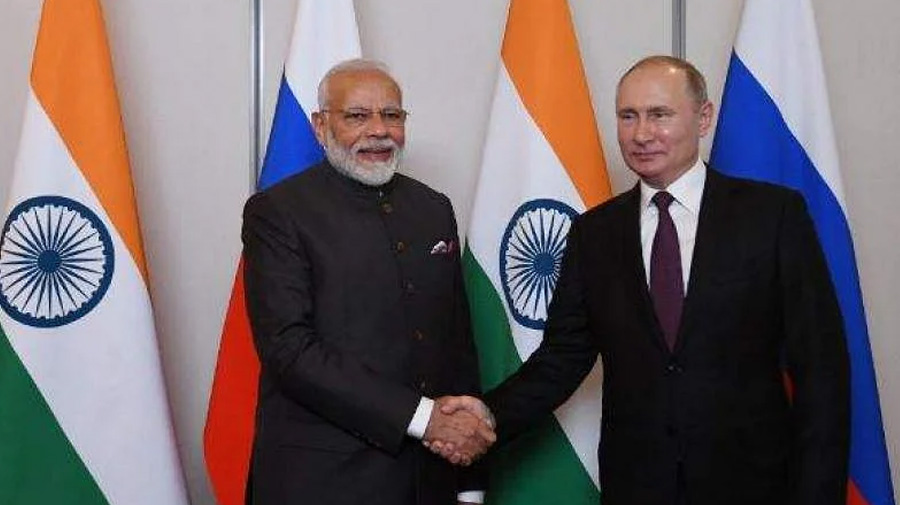 On December 6, Russia’s President Vladimir Putin paid a visit to India for the annual summit between India’s and Russia’s leaders. This visit is overdue by a year, having been postponed last year due to the Covid epidemic. The visit comes at a time of growing uncertainty over the future of India-Russia relations and is expected to provide some light on that perplexing topic.

This expectation is bolstered by the symbolism inherent in the visit prior to its commencement. This is Putin’s second trip outside Russia this year; his first was to Geneva in June to meet with US Vice President Joe Biden. Putin has cancelled visits to the G-20 and the Glasgow climate change conference, as well as rescheduling a planned visit to China, because of the pandemic. Thus, Putin is signalling that his visit is not solely focused on preserving India’s “special, privileged strategic cooperation,” but on strengthening bilateral ties. This is despite New Delhi’s increasing affinities with Washington.

The partnership has seen numerous symbolic gestures from both parties over the last couple of years. Putin conferred the Order of St Andrew on Modi in 2019, making him the country’s sole foreign dignitary to earn this highest Russian honour.

Moscow also abandoned its ‘neutrality’ between India and China in order to back New Delhi at the UN in the aftermath of the decision to repeal Article 370 and to expedite the delivery of weaponry to India during the 2020 Himalayan border tensions with China.

India has retaliated at the United Nations, most recently by expressing support for Russia in Crimea and co-sponsoring a resolution condemning Nazi glorification. Additionally, the Russians admire India’s determination to purchase the S-400 Air Defense system in the face of US sanctions.

However, the relationship is not solely symbolic. Russia has reclaimed the top spot as India’s arms supplier in the last two years, while actively engaging in the ‘Make in India’ initiative. Energy cooperation is booming, and new sectors such as pharmaceuticals, ceramics, chemicals, high-tech industry, cyber, and digital finance are being explored to strengthen economic ties. India has committed to assisting Russia’s Far East in its development, underlining this commitment with the first-ever one-billion-dollar credit line to boost Indian industry in the region.

Despite significant progress in recent years, it is self-evident that the bilateral relationship cannot be isolated from the geopolitical and economic turbulence roiling international affairs.

India has committed to assisting Russia’s Far East in its development, underlining this commitment with the first-ever one-billion-dollar credit line to boost Indian industry in the region.

Additionally, some points of contention will be impossible to overlook given that both Russia and India are cozying up to distinct players in the US-China geopolitical competition — the first is a primary adversary of Russia, while the second is India’s primary antagonist. In this setting, it is critical to maintain close contact between New Delhi and Moscow in order to maximise convergences and minimise divergences.

To begin, divergent interpretations of the Indo-Pacific idea and the resurgence of the Quad — comprising Australia, Japan, the United States, and India — should not be permitted to become a significant impediment. Sergey Lavrov, Russia’s foreign minister, has been openly dismissive and critical of the Indo-Pacific concept, which he views as a US attempt to restrict China, and possibly even Russia.

Lavrov is immune to the negative connotations that these phrases elicit in India. To be honest, Putin has been significantly more circumspect in his public pronouncements on the Indo-Pacific and the Quad.

However, there is rising disagreement among Russia’s elites regarding the Indo-Pacific notion, as well as an acceptance that there are multiple interpretations of the word and that India’s vision of the Indo-Pacific is distinct from the one articulated by the US. Dr. S. Jaishankar’s call to Russia to play a stronger role in the Indo-Pacific, made during his July visit to Moscow, has added fodder to the mill.

Russia’s elites were already debating the necessity of expanding Russia’s engagement in the Indian Ocean region, where they feel India plays a critical role. Russian strategists believe that the signing of the Reciprocal Exchange of Logistics Services Agreement (RELOS) during Putin’s visit, as well as increased diplomatic cooperation within the Indian Ocean Rim Association (IORA), will bolster this process.

Lavrov’s insensitive choice to travel to Islamabad from Delhi in April, a blunder avoided by his brilliant Soviet predecessor, Andrey Gromyko, 50 years ago, further added to India’s policymakers’ dismay.

Until recently, the second area of divergence was Afghanistan. However, the fractious US pull-out and the Taliban’s ascension to power in Kabul have brought India and Russia closer together, even though some nuances remain. Linked to this is Russia’s expanding involvement with Pakistan, which has sparked widespread outrage in India.

The third potential source of bilateral friction is an apparent lack of trust in the extent to which the two countries are willing to go with their new strategic partners — India with the US and Russia with China. However, there is an overall shared objective that should assist India and Russia in resolving any trust difficulties. New Delhi and Moscow despise the idea of Asia or Europe developing a hegemon or hegemonic power. This shared understanding could serve as the impetus for a dynamic India-Russia collaboration aimed at ensuring a multipolar Asia and Europe.

Finally, the economic relationship is a fourth area that demands immediate and continuous attention. Despite the promise, trade is pitiful in comparison to India’s with the US or Russia’s with China. India is attempting to deepen its economic ties with Russia.

Russia’s enthusiasm to participate in the Make in India programme is reciprocated. From Bhilai to Brahmos, there is a long history of successful cooperative enterprises. Economic relations are predominantly between governments.

Without private sector participation, Indo-Russian economic connections will struggle to expand beyond a certain degree. The two countries’ business leaders are strikingly ignorant about one another. It is critical to establish bilateral networks in order to reduce reliance on Western media for knowledge about one another.

While a single presidential visit is unlikely to suddenly eliminate all of these irritants, the visit’s extensive agenda indicates that politicians are cognizant of the difficulties and the urgency with which they must be addressed.

The meeting will be preceded by the recently established 2+2 dialogue between the two countries’ defence and foreign ministers. The Economic Joint Commission is also scheduled to convene before Modi and Putin’s meeting. Additionally, a plethora of defence and economic deals have been drawn up.

Finally, the only way for India and Russia to avoid being buffeted by the shifting winds of global geopolitics and geoeconomics is for them to be able to write themselves into each other’s national development narratives. This will ensure a long and pleasant connection.