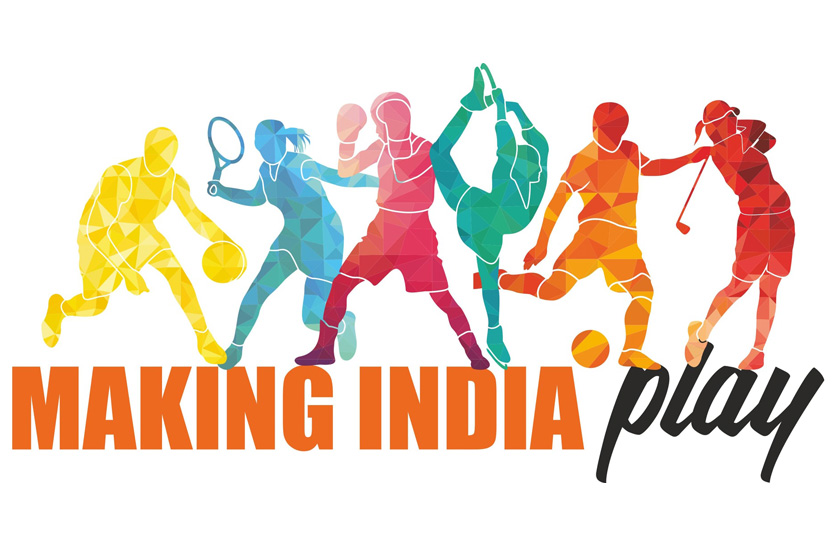 Sports have always been one of the most important aspects of cultural diplomacy or soft power in elevating the relations amongst countries. India and Pakistan’s reference can be taken here, though both the countries have a love-hate relationship between them, Cricket sometimes acts as a stabilizer between the two.

India and sports have a well-diversified history for ages. Cricket, hockey, tennis, badminton, volleyball and football, these sports add pretty much to the legacy of the country, moreover, these are known and played by everyone. However, many countries including India regard sports as a tool of soft power, it is more of a way to maintain cordial relations among the countries.

Lately, India has been trying to elevate the level and role of sports for the people of the country. Encouraging and influencing students to actively participate in various sports that are being offered at schools and college level is important. Amongst all, even many corporations have started offering ‘Sports Day’ so that the employees can relax and enjoy their leisure time.

Along with the evolving international order, ‘Sport-as-Diplomacy’, this term has emerged as an advancement to the industry as well and is taking the world by storm. India is adapting to the term and trying to understand it in a broader way. The first and foremost is the Sports Authority of India, thereafter comes the Board of Control for Cricket in India, BCCI.

It has always been said that sports are never viewed from the perspective of politics, the two terms are different but it can be traced that sports and politics, both were interlinked even in the past. In 1987, Pakistan’s President Zia-ul-Haq was invited by Prime Minister, Rajiv Gandhi for the cricket match that took place in Jaipur. The relations between the two counterparts were extremely heated at that point as there was some military exercise from both the countries and a red alert was there at the borders. The visit helped in stabilizing the relations among both the countries.

‘Cricket Diplomacy’ is not only confined to the diplomat’s visits but commentators for the match also play an important role, such as Wasim Akram and Ravi Shastri as whenever India and Pakistan play together the situation tends to get stressed but the commentators handle it well and try to bring people together.

In the 21st century, various sports have been flourishing and will continue to take the country to a higher level. In the coming time, the participation of Indian teams in sports worldwide will definitely evolve. Sports Diplomacy is a soft tool which would help India to enter the markets worldwide as sports are being seen as a key player in contemporary international relations.

Sports also promote cultural diplomacy in the international arena as it is a form of promoting intercultural exchanges. This exchange promotes peace, tolerance and mutual cooperation as well as respect. The spirit of sportsmanship allows them to promote harmony in all the different areas, religions, races, gender and caste. In spite of political differences, sporting events provide a forum for bringing people together across borders and establishing a dialogue between countries in very difficult circumstances at times. Even the United Nations recognised sports as one of the greatest diplomatic aspects in the promotion of international security as well as peace. Moreover, as an attempt to unite the world community, the UN also established an office, ‘Sport for Development and Peace’ in 2004.

Indian Premier League can be regarded as another example of Sports Diplomacy. I.P.L is famous and known worldwide, the league provides a platform for other nations to show their skills. The IPL did not limit itself to the player but the commentators also belong to different countries. One may question how I.P.L is contributing to soft power. To answer this question, examples of I.P.L 2020 & 2021 can be taken. Due to the ongoing COVID-19 pandemic, India couldn’t hold the league on Indian grounds as the situation did not allow it, instead, both the I.P.L held and are being held on the grounds of U.A.E. This clearly depicts how much India is developing in terms of foreign relations. The sports are helping India to gain recognition not only in the Asian Continent but worldwide, Princepal Singh, is the first Indian basketball player who made it into an NBA-winning team. Another example which can be taken into consideration is the World Kabaddi League, India is not even a participant but also ranks No. 1 in the list among all the teams from the participant countries worldwide.

India has been emerging as a good player in this soft power but the emphasis needs to be given to other sports as well. Cricket is given major importance in the country, but the need of the hour is that other games must be focused on. This will lead to the diversification of the Indian Teams at a global level. Indoor games must be promoted and students must be encouraged to take part in these games. Workshops must be conducted to promote the participation of the children at different levels. The Sports Authority of India should take measures in introducing various genres, whether it be Indoor Sports or Outdoor Sports. Lately, Electronic Sports i.e., E-Sports have been evolving as another elevator in the sports industry worldwide. Measures have been taken to promote E-sports and even official medal events have also been announced by the Olympic Council of Asia for the upcoming Asian Games, 2022. Both China and Asia are embracing electronic sports. There will be eight medal events, plus two demonstration games. As a result of the announcement, Mr. Lokesh Suji, Director of the Indian Esports Federation and Vice President of the Asian Esports Federation, has said that India can expect strong medal chances in esports by 2022. One of the most recent developments in sports diplomacy is that the T20 World Cup which was supposed to be held in India is now going to be held in UAE and will be hosted by BCCI. The tournament will commence from 17 October 2021.

To increase participation in various sports, the players must be provided with a proper platform, along with adequate facilities. In addition to keeping players in check, medical and mental health guidelines are incredibly important. It is a well-known fact that sports all together comprise Business, Politics and Mass Media. Olympic games have always been a driving force in reconciling the important social and modern trends, which further contribute to the internationalization of modern sports and culture uniting different continents of the world moreover acts as a universal language of communication. The role of sports for India in the international arena is growing. It will evolve over time and will help India to form good relations with the countries, and will also help it to become more globally competitive.