Strategic Clarity or Ambiguity; what should the United States adopt vis-à-vis Taiwan? 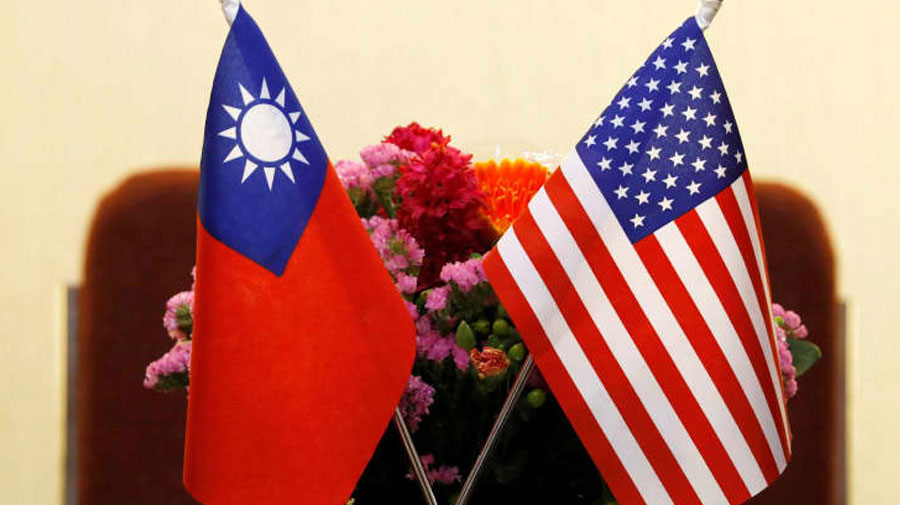 The recent Biden-Xi videoconference resurfaced the question on the extent of the United States’ commitment towards the defence of Taiwan. While President Biden passively responded to President Xi’s warning against supporting Taiwanese ambition for independence by reaffirming America’s adherence to the One-China Policy and its 1979 Taiwan Relations Act, Biden’s remark about Taiwan making its own decisions in view of its independence while addressing the media in New Hampshire triggered ambiguity in America’s stance vis-à-vis Taiwanese independence. Although Biden was swift enough to clarify his statement by reassuring Beijing of Washington’s adherence to the One-China Policy, one cannot ignore the incidents where President Biden and U.S. Secretary of State Antony Blinken contradicted each other with regard to Taiwan; worrying political commentators and Taiwanese activists.

Antony Blinken, both in his interview on October 31 and his speech on April 9, suggested nothing but U.S’ commitment to its Taiwan Relations Act; maintaining strategic ambiguity and neutrality. With that being said, Biden has been a bit more explicit in expressing Washington’s interest to defend Taiwan against Beijing’s military aggression. On August 19, Biden expressed, “It would be foolish for the Chinese to assume that the U.S. would be on the sidelines if China attempted to annex Taiwan by force.” While this might be the tacit strategy of America right from the Regan era, the White House prevented from making it explicit to maintain the strategic ambiguity in its attempt to contain unilateral action across the Taiwanese strait.

On October 10, in view of ROC’s 110th Anniversary, President Xi addressed Taiwan which made it clear that it was his dream project to integrate Taiwan into the mainland; and faintly suggested that Beijing shall use force to achieve this unification if the peace route fails to seal the deal. While President Hu Jintao adopted the “hearts and minds” strategy to lure Taiwan into China’s sphere of influence through economic concessions and cultural bonding, it failed to sway Taiwanese into accepting unification. In fact, the 2011 National Security Survey suggested further deviation of support towards independence. President Xi, very similar to President Mao Zedong, is not hesitant to coerce Taiwan both militarily and economically. Beijing, under Xi, has continuously warned Taiwan by intruding into its Exclusive Economic Zone and Air Defence Zone. In fact, China continued to act aggressively through several incursions into Taipei’s Air Defence Zones after G7 countries condemned China for its aggression against Taiwan in the G7 in-person meeting that took place in May this year. Hence, one cannot rule out a military intervention from Beijing if Beijing is intimidated by the United States’ open support to Taiwan or by Taiwan’s unilateral decisions against China’s interests.

While the United States has been working its policies around Taiwan very cautiously without making its strategies predictable and clear, the majority of the Taiwanese believe that the United States will defend Taiwan unconditionally; which is a cause for concern for the Americans. The 2011 Taiwan National Security Survey hinted overwhelming confidence of Taiwanese people over America’s commitment to come to the defence of Taipei in the event of Beijing’s military intervention. In fact, the survey concluded that 56.4% of the people believed that the United States will defend Taiwan even if China’s military aggression is triggered by a formal declaration of independence of Taiwan. The trend in the survey suggested that the supporters of the Democratic Progressive Party (DPP) of Taiwan had more faith in the U.S’ intervention than the supporters of the Kuomintang Nationalist Party (KMT). In fact, 64.7% of DPP supporters urged the government to declare formal independence despite the possibility of the independence provoking a cross-strait war with the mainland. This has often led Taiwanese leaders, especially leaders of the DPP, to provoke China through arbitrary statements against the mainland’s interests. A classic example of this is the provocative statement by the ex-DPP President of Taiwan, Chen Shui-bian, suggesting the existence of “two countries on either side of the Taiwanese strait,” in 2002; causing massive tensions across the strait.

What’s next for the United States?

The U.S not only has to guarantee the security of Taiwan due to the Taiwan Relations Act and President Regan’s “Six Promises” to Taipei in 1980, but also due to its responsibility as a forerunner of liberal democratic order to protect its fellow democratic nation from an authoritative regime like the PRC. With that being said, America has been overwhelmed with constant military operations ever since World War 2; such as the Korean War, Vietnam War, Gulf War, Afghanistan War and the Iraqi Invasion. The twenty years of weary war in Afghanistan not only levied a tremendous burden on the American economy, but also displeased the American electorate due to increasing casualties and the never-ending nature of the operation. The electorate viewed the NATO operation in Afghanistan as an extended priority of the United States and were simply not bothered by what was happening in Afghanistan. Mobilizing the support of the already displeased and war-averse electorate to support America’s military intervention into Taiwan in the event of Chinese invasion is a big ask. However, the United States has to continue its role as the security guarantor of Taiwan to resurrect its credibility in Asia especially after its chaotic withdrawal from Afghanistan which in a way resulted in the re-emergence of the Taliban and the collapse of Ashraf Ghani-led democratic government. This is precisely why the White House has been trying to maintain strategic ambiguity in the Taiwanese strait because the United States has been wanting to prevent Taiwan leaders like Shui-ban from taking unilateral irrational decisions against China with the confidence of the United States backing their decisions; as the United States is still not ready to initiate a military intervention against China in the Taiwanese strait in case Taiwan’s decision triggers China to use force against them.

Conclusion: Strategic Ambiguity with cautious calculation seals the deal for the United States

There exists another school of thought suggesting that the only way for Washington to prevent Beijing from militarily coercing into Taipei is by laying out Washington’s deterrence policies. Or in other words, these scholars believe that the United States has to approach strategic clarity vis-à-vis Taiwan. While strategic clarity will clearly establish the U.S. policy on Taiwan; thereby ensuring that U.S. policies no longer remain inconsistent and wavering vis-à-vis the cross-strait, there is a possibility for it to trigger unilateral decisions in the strait. For instance, U.S’ commitment to Taiwan might either trigger China to challenge America by invading Taiwan or it might set precedence for Taiwanese leaders to formally declare independence from China, again pushing China to intervene militarily into Taiwan and forcing America to come to Taiwan’s rescue. While most of the American governments have tried to steer clear from strategic clarity, few presidents such as George W. Bush, Donald Trump and now Joe Biden have hinted that they have a commitment to come to the defence of Taiwan. This is risky especially in a time when China is rapidly closing in on the military advantage of the United States. Another cause for concern is the presence of DPP as the ruling party in Taiwan whose leaders are known for passing arbitrary statements that put off Beijing. These two factors, combined with the fact that American electorates are war-averse and weary of never-ending wars, will not help the United States to avoid a situation of war in any way. One has to realise that the United States has been aiming to prevent a military confrontation in the Taiwanese strait; and this has been the main priority for the United States right from the Regan era and not to facilitate the independence of Taiwan from China. Therefore, it is beneficial for the United States as well as for Taiwan if the United States remain to be ambiguous about their extent of commitment to Taiwan’s defence against China; while it is mandatory for the U.S. to work within the country by lobbying their electorate to support American intervention in Taiwan in the event of a war.

B.S Ashish
Author is a bachelor's student of International Relations studying in the Jindal School of International Affairs. His primary research interests include China and the Middle East.
Tags:
Share:
Share this...