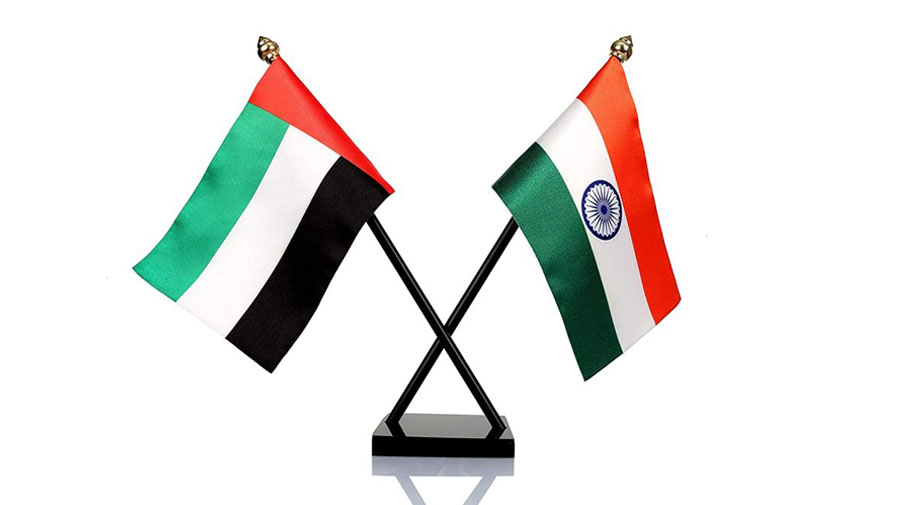 On October 18, the Jammu and Kashmir Government signed a Memorandum of Understanding (MOU) with Dubai. Under this MOU, Dubai will develop real-estate, industrial parks, IT towers, multi-purpose towers, logistics, medical colleges and super-speciality hospitals. Following this MOU, on October 23, a direct flight between Srinagar and Sharjah was started.

While these developments are a part of the growing cooperation between India and the UAE, the timing of these engagements is important as well.

These engagements have come on the back of the wave of terror attacks in Jammu and Kashmir. In the month of October, 11 civilians were killed by terrorists in a period of 15 days. These were targeted killings directed at minorities (Hindus and Sikhs) as well as those from outside of the Union Territory. This latest spate in killings is an attempt by Pakistan to destabilize Jammu and Kashmir.

The recent engagements with the UAE must be viewed as an important step towards normalcy in Jammu and Kashmir. This is a counter to Pakistan and also Turkey’s influence in the Indian Union Territory.

Normalcy in Jammu and Kashmir

Special status and decades of Pakistan-backed terrorism had kept Jammu and Kashmir economically underdeveloped. Tourism, the principal source of revenue, too suffered from continuing terrorism. Removal of Article 370 seeks to address the issues that Jammu and Kashmir has faced over the past more than 70 years.

However, steps towards the development of Jammu and Kashmir have their own challenges. As India plans economic development in the Union Territory, Pakistan is also exploring avenues to stay relevant on the Kashmir issue. Along with the abrogation of Article 370, India has taken several measures such as facilitating the return of the Kashmiri Pandits, a roadmap for economic development, sustained military operations against the terrorists and crack down on terror financing. These measures have reduced Pakistan’s relevance in Jammu and Kashmir. Cross-border infiltration has also dropped since 2019.

India-UAE cooperation as a counter to Turkey

Growing cooperation with the UAE is also one of the ways in which India is countering Turkey. Turkey has been a vocal supporter of Pakistan on the Jammu and Kashmir issue. Turkey has also raised this issue on a number of occasions at international forums, in particular in the United Nations. Since the abrogation of Article 370 in 2019, the Kashmir issue has found a mention in Turkish President Recep Tayyip Erdogan’s speech at the United Nations General Assembly in 2019, 2020 and 2021.

For its part, India has been countering Turkey’s stand on Jammu and Kashmir in a two-pronged manner. The first is by showing support to Turkey’s rivals. After Erdogan spoke about Jammu and Kashmir at the UNGA this year, Indian External Affairs Minister Dr. S. Jaishankar met with the Foreign Minister of the Republic of Cyrpus and said that there is a need to adhere to the relevant United Nations Security Council resolutions in respect to Cyprus.  At the 2019 UNGA, Indian Prime Minister Narendra Modi met with the leaders of Armenia, Cyprus and Greece as a counter to Erdogan raising the Kashmir issue.

Secondly, India has been siding with the Arab countries in their rivalry with Turkey. In 2019, Modi cancelled his two-day visit to Turkey. Modi was scheduled to visit Turkey and Saudi Arabia. But he chose to drop Turkey from his travel itinerary and visited only Saudi Arabia. By inviting the UAE’s investment in infrastructure development in Jammu and Kashmir, India is once again playing the Arab card against Turkey.

Further India has reasons to expect that Turkey could take a step backward. Recently the Financial Action Task Force (FATF) added Turkey to its grey list for terror financing. This listing along with economic problems on the domestic front could force Turkey to rethink its stand on Jammu and Kashmir. Already there are indications of Turkey’s softening stand. Pakistan is apparently upset with Turkey due to the latter’s reluctance off late to pursue the Kashmir issue actively. Besides at present both the UAE and Turkey are taking steps to improve their strained ties. Turkey wants to strengthen economic cooperation with the UAE. Any rapprochement between the UAE and Turkey could indirectly benefit India.

Niranjan Marjani
Author is a Political Analyst based in Vadodara, India. He tweets at @NiranjanMarjani)
Tags:
Share:
Share this...