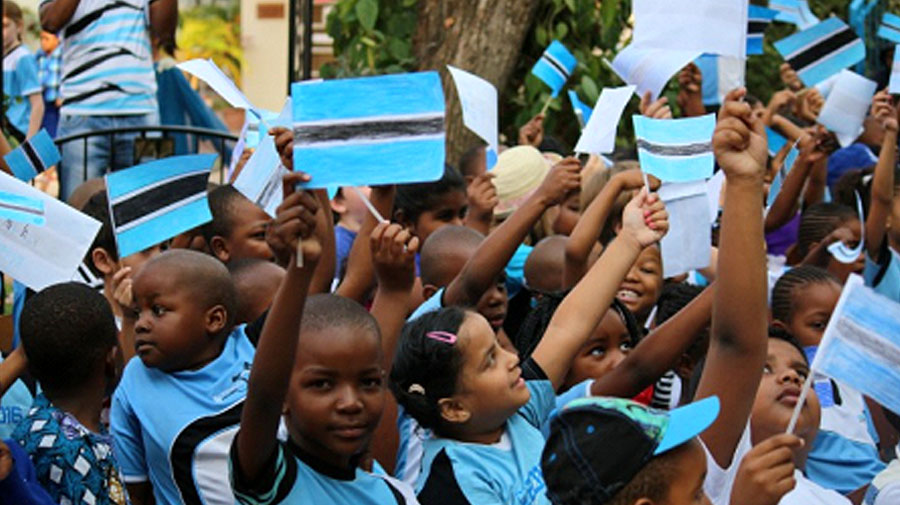 Botswana celebrated her 55th Anniversary of Independence on the 30th of September 2021. The former British protectorate joined the community of Independent states in 1966. At the time of independence, Botswana was classified as one of the poorest (if not the poorest) countries in Africa. Completely and economically dependent on Britain for its survival, many sceptics dismissed Botswana’s independence as of no significance because at best, it will continue to depend on Britain and at worst, it will quickly become Africa’s economically failed state. To the dismay of many sceptics, the discovery of the world’s largest diamond pipe (and other minerals) only a year after independence was to change the narrative of the country’s development path forever. By deliberately embracing a democratic political system of governance, characterised by adherence to regular free and fair elections since independence to date, coupled with deliberate choice by the country’s leadership to avail resources from the newly discovered mineral wealth for the equitable development of the whole country, as well as prudent and to a very large extend, corruption-free political leadership, Botswana charted itself a development path that was to see the country making uninterrupted economic strides. The country’s leadership ensured that the returns from the diamonds were invested in health, education, and infrastructure amongst others. It was no surprise then that, in relative terms, a few years after independence Botswana attained the status of an Upper Middle-Income country.

One of the sectors that has seen tremendous growth and development since independence is the Tourism Sector. It has become the second-highest source of the country’s revenue after the Mineral Sector. Additionally, Botswana is making a significant stride in embracing and developing its Information and Technology sector. Also, as   Botswana prepares for its 60th Independence Anniversary, attention and focus is towards revamping the Manufacturing and Agricultural sectors to become some of the major sources of economic growth as great potential exists in those areas. As it celebrated its 55 years of independence Botswana, like many other countries, has not been spared the devastating effects of the Covid 19 pandemic. The Pandemic seriously threatened the reversal of the economic gains of the country. The development projects and the economic activity, in general, were brought to a halt as the country was forced to divert resources to mitigate the impact of the scourge. The country’s attention is now focussed on acquiring the vaccines to inoculate its population.

As the Government of Botswana focusses her attention on fighting the COVID-19 pandemic, the priority is to roll out a robust national vaccination programme throughout the country and to have vaccinated at least 65% of the eligible population by December 2021.

Despite the challenges that the country has encountered in the acquisition of the vaccines due to global shortage, Botswana is proud to be one of the few African countries to have so far fulfilled the World Health Organisation target of vaccinating at least 10 percent of the eligible population.

It is pleasing to note, however, as the country gravitated towards the 30th of September 2021 independence day, the COVID-19 situation had improved tremendously in terms of slowing infection rates, dwindling hospital admissions and drastically reduced death rates. The government then decided to end the State of Public Emergency and re-open the country. Despite 2021 being declared a non-drought year (Botswana is a country prone to sporadic spells of drought), the prevailing poverty levels, aggravated by the adverse effects of COVID-19, present a risk of possible deterioration of the nutritional status of some vulnerable groups across the country. As part of mitigations to deal with these challenges, Botswana introduced relief and assistance measures which include; intensifying and accelerating fodder production in the country, as part of drought preparedness and mitigation; provision of universal Supplementary Feeding at all primary schools and health facilities, and provision of blanket supplementary feeding for children aged 6 to 59 months residing in areas susceptible to high rates of malnutrition.

In an effort to promote food security and ultimately food self-sufficiency, the government has, since independence, consistently formulated policies and strategies intended to support and bolster the agricultural sector. One such strategy is the Integrated Support Programme for Arable agriculture (ISPAAD) which has been in place for over ten years. In his address to the nation on the occasion of the country’s 55th anniversary, His Excellency the President unveiled a new transformative food production strategy to replace ISPAAD. The new strategy will be operational from 2022. The new programme is an efficient, cost-effective, and sustainable arable farming platform which will, among others, promote inclusivity in agricultural production and improve the social capital base. This is one of the many programmes the government will be introducing in order to help boost people’s livelihoods, businesses and lead to full economic recovery in the aftermath of the COVID-19 pandemic.

Due to the Covid 19 pandemic, the country was not able to celebrate the 55th Independence Day with the usual pomp and fanfare. Instead, Batswana were encouraged to mark the occasion by showcasing with the national colours of blue, black and white.