Diplomatist > Regions > Middle East > Home Featured > New OPEC+ deal – What is it have for the international oil supply?

New OPEC+ deal – What is it have for the international oil supply? 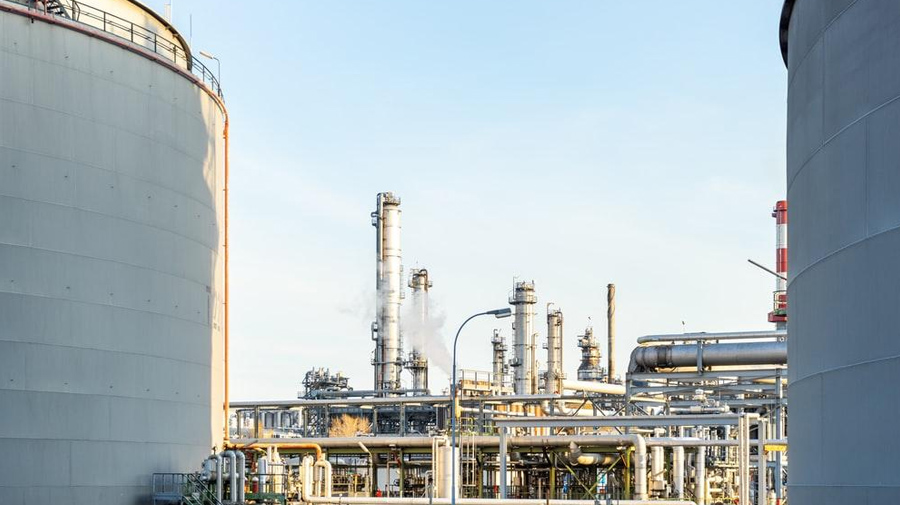 On 5th July, a clash between the UAE-Saudi Arabia led to a meeting being adjourned abruptly. The conflict created a general presumption in the market that the meeting among the OPEC+ countries would be postponed for an indefinite time. However, the matter was resolved within two weeks, resulting in a new OPEC+ deal on 18th July 2021. It allows 5 OPEC+ countries to increase their oil production by April 2022. It comes as a huge boost when the Gulf countries try to increase oil industry revenue. This way, they will invest in other sectors and diversify their economy, reducing their dependence on the oil industry. Not only that, an increased oil supply would subsequently mean a decrease in oil prices. Reduced oil prices would encourage economic recovery, especially as the global economy is expected to ramp up as the coronavirus pandemic (hopefully) fades.

The Organization of the Petroleum Exporting Countries (OPEC) is an intergovernmental organisation or cartel comprising 13 members. Separately, ten countries are the major non-OPEC oil-exporting nations in the world. Together, these 23 countries combine to form a loosely affiliated entity called the OPEC+. The organisation aims to regulate the supply of oil by setting the correct price in the international market.

In April 2020, the OPEC+ countries limited their oil production and supply. There was a fall in demand due to the COVID-19pandemic and subsequently followed by reduced economic activities and worldwide lockdown. Over 10 million bpd oil supply was terminated to maintain the demand-supply proportion. Currently, 5.8 million bpd of oil supply is not released in the international market to balance the oil demand supply.

The 19th OPEC and non-OPEC Ministerial Meeting were held on 18th July 2021. The countries also finally resolved to increase oil production as economies recover and the oil demand. The deal increased the oil production for five OPEC+ countries: the UAE, Kuwait, Iraq, Russia and Saudi Arabia. Also, the deal allows 0.4 million bpd (barrel/day) of output to be increased each month starting in August 2021. It will add about 2 percent of the world’s oil supply by the end of the year.

The deal comes at a crucial time when the oil industry activities are not working at total capacity in the OPEC+ countries. The reduced economic activities of the oil industry have resulted in both reduced revenue and several people losing their jobs in the oil-producing countries. It is eventually impacting many livelihoods and also the country’s economy.

The decision was initially supposed to take place on 5th July 2021. However, it could not be taken due to a disagreement between UAE-Saudi Arabia. The clash resulted in the international benchmark Brent oil increasing 35% higher this year to touch over $70 a barrel, meaning higher oil prices worldwide.

What was the disagreement between UAE and Saudi Arabia?

There was a meeting held on 5th July 2021. The UAE agreed to the gradual increase in oil production from August to December 2021. However, it was against extending the existing oil deal from April 2022 to December 2022.

As per the current deal, the UAE’s oil production is operating on the baseline production of 3.168 million bpd. The baseline production refers to the minimum oil production allowed to each country as per the agreement among the OPEC+ members. The UAE has wanted its baseline to be increased to 3.8 million bpd for a very long time and they have made the necessary arrangements to operate at that level by sanctioning 448 billion dirhams ($122 billion) for investment in the oil and natural gas industry for the next five years.

Second, due to the current baseline, the UAE is forced to keep about one-third of its oil production capacity idle- higher than other members in the organisation. It means that the country cannot use its production capacity to its fullest, eventually hurting the economy.

However, Saudi Arabia was against increasing the baseline as it would allow UAE to produce and supply excess oil in the international markets. It would eventually result in disproportionate demand-supply of oil, causing the oil prices to slump in the international markets. It would lead to a freefall of oil prices. The demand by UAE for increased baseline caused a conflict between the two countries. Nevertheless, these differences are not new.

Rising differences in the UAE-Saudi relations

For instance, in 2017, there was a boycott by Saudi Arabia, UAE, Bahrain and Egypt against Qatar for supporting terrorism. The boycott on Qatar was finally lifted in January 2021, and the Qatar-UAE relations have not been normal since then. Nonetheless, it was a notable instance when the UAE did not follow Saudi Arabia but instead took a different approach.

Another instance was when the UAE decided to participate in Saudi-led war against the Iran- aligned Houthi rebels in Yemen. Nonetheless, UAE withdrew from the coalition in 2019 as it felt that a “diplomatic approach” rather than “military approach” was required to resolve the crisis. The final nail on the coffin was the UAE improving its ties with Israel in 2020, which did not go down well with Saudi Arabia.

Thus, some issues are hindering the UAE-Saudi Arabia relations in the OPEC+ group, which spilt out as a clash in the meeting held on 5th July 2021. The clash between the countries led to uncertainty in the market regarding oil production. Consequently, the oil prices hit a 6-year high in July this year.

Nevertheless, the Saudi Arabia-UAE conflict was resolved in the OPEC+ meeting on 18th July 2021, when Saudi Arabia accepted UAE’s demand. Hence, from April 2022 onwards the UAE will now commence oil production from a 3.65 million bpd baseline.

Significance of the new OPEC+ deal

The new OPEC+ deal made in the 19TH OPEC and non-OPEC is crucial for the world economy.

An increase in revenue would help the oil-producing countries to address their economic concerns. For a long time, oil has been their primary source of income. However, the international oil market has undergone considerable changes due to alternative energy sources with greater efficiency. These changes have severely eroded the oil market. All these developments are meaningful signals to the oil-producing countries to prepare for the post-oil era. Hence, massive economic reforms are the need of the hour and using oil revenue to diversify the economy has become strategically crucial for the oil-exporting countries.

On that path is one such significant project – Vision 2030, a flagship economy development project of Saudi Arabia, one of the vital projects in the Middle East. Post the new deal, the oil production increased from 11 million to 11.5 million bpd for Saudi Arabia. It would thus benefit, as the country is trying to become a global logistical hub.

Increased oil supply will decrease oil prices, and it will help the oil prices go down to the pre-COVID-19 level. Oil prices are very concerning, especially for the emerging countries where widespread protests have led to political and security concerns. Also, increased oil prices cause economic concern as it plays a critical role in inflation. Thus, a decrease in oil prices will encourage increased industrial activity and help the world economy to recover faster post the pandemic.