The Dynamics of Soft Power in India-Europe relations 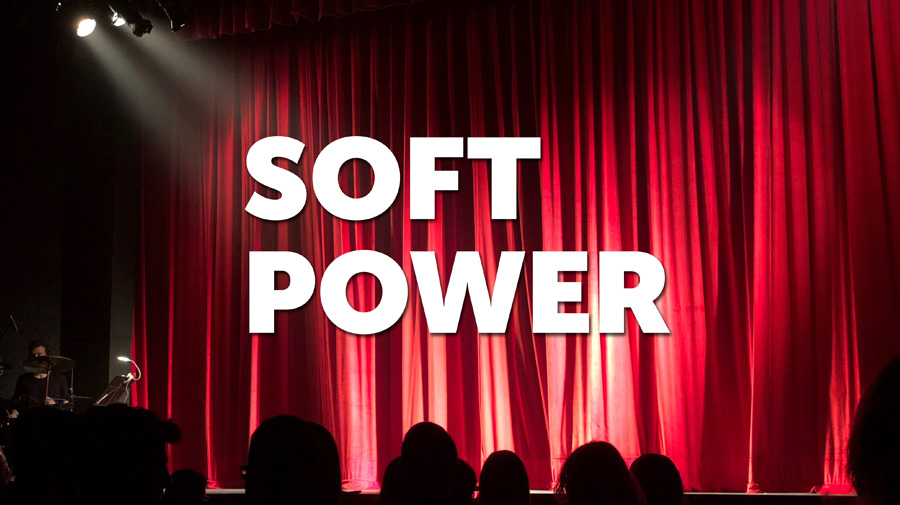 Soft power, developed by Joseph Nye, is understood as the ability of a nation to achieve its interest using persuasion and attraction in place of coercion. It is a resource that India has long possessed in abundance, owing a significant part of it to factors like its vast cultural diversity and traditional richness that spread across all its dimensions, its history as a ‘non-aggressor’, Mahatma Gandhi’s movement of truth, non-violence, and peace known world over. Pandit Jawaharlal Nehru, the first prime minister of independent India, was also an advocate of promoting India’s ideology of soft power and diplomacy in the global landscape. The past few decades, from liberalization in 1990 to the leadership of prime minister Narendra Modi, India’s foreign policies have dramatically influenced the growth in India’s attractiveness all over the world. The pandemic resulting in a raised awareness in health and natural remedies has promoted ancient Indian practices like yoga and Ayurveda.

India and the EU have shared a partnership in terms of, trade, finance, education, climate, etc, for several decades, EU being the largest trade partner for India, as well as its second largest destination for exports. The recent India-EU leaders’ virtual summit of May 2021 featured the Indian prime minister interacting with the 27 European leaders of state, the European Commission, and the European Council presidents. The meeting resulted in a reinforcement of the strategic partnership existing between India and EU, which is marked by shared ideas of democracy, freedom, law, and human rights.

One key development taking place in the summit was the launch of a ‘connectivity partnership’ between the two democracies which aims to support sustainability in the sectors of economy, science, technology, energy, flow of resources, education etc. This article shall discuss research and innovation and higher education as powerful sectors of cooperation between India and EU and highlights the importance of the shift towards knowledge diplomacy.

Research and Innovation are one of the most significant sectors in the world today, especially in view of the current pandemic and its implications in the future. The European Union is working towards being a key player in supporting research and innovation on a global scale. As a part of the EU-India Strategic Partnership: A Roadmap to 2025, EU plans to deepen its cooperation with India to tackle global challenges and adopt sustainability. One of the prime focusses of this partnership is the mobility of researchers and innovators between India and Europe.

Horizon Europe, i.e., the EU’s framework for research and innovation (2021-2027) will play a key role in implementing this strategy by providing participation opportunities to citizens of non-EU states with similar conditions as EU-citizens. It makes research infrastructures eligible to receive funding from EU as an access provider, and researchers eligible to receive funding for accessing research infrastructures. The mobility of researchers in both directions i.e., India to Europe and vice versa is strongly promoted and encouraged.

The agreement in research and innovation cooperation between India and the European Union focusses on using research to addresses challenges like developing healthcare, food, nutrition, sanitation etc. In 2020, India and EU renewed their agreement on Science and Technology Cooperation till 2025.

Digital India (2015), a programme launched by the Indian government, is aimed at transforming the country into a digitally empowered society. The Digital Single Market strategy (2015) adopted by the European commission as a political priority shares similar goals i.e., improving digital accessibility, promoting digital prosperity, and viewing digital as a driver for growth. Digital India, in collaboration with the Digital Single Market allow potential for strong digital cooperation between India and EU. Furthermore, the pandemic has catalysed exploration of the digital sector, with most industries making a shift to digital or hybrid models of functioning. Hence, digitalization can create a significant impact on the India-EU relations in the new age.

Space exploration is yet another node of strengthening the relationship between the two parties. The Indian Space Research Organization (ISRO) is looking out for collaboration opportunities with the European Space Agency to enhance cooperation between the states. India’s growing space diplomacy is fuelling the magnitude of its soft power in the sector of science and technology and beyond.

The European Union is a popular study destination among students in India, with over 50,000 Indian students pursuing their higher studies at European universities. This makes education a substantial field of cooperation between the two parties and a crucial element of which soft power is a critical premise. The most popular fields of study in this regard include engineering, management, medical sciences, IT, humanities etc.

Some pivotal aspects of promoting the mobility of students between India and EU include financial assistance to students through scholarship programmes like the Erasmus Mundus Scholarship Program, internship and employment opportunities, exchange programmes and flexible visa or immigration policies. Additionally, promotion of European universities through marketing with events like virtual study or university fairs, to ensure better visibility for study programmes can help in strengthening higher education as a domain of cooperation.

The involvement of research, innovation, and higher education in building strong relations between states is referred to as knowledge diplomacy. Some key characteristics of knowledge diplomacy include the focus on higher education, recognition of needs, optimization of resources, reciprocity, bilateral agreements, and strong relations among nations.

Knowledge diplomacy is an emerging concept which will play a significant role in shaping the global scenario of the future. Technology and knowledge go hand in hand, and hence, like technology, knowledge holds immense power. So much so that researchers and scientists hold an important say in placing and positioning their nation on a global scale, owing to the growing influence of science and technology on policy and decision-making processes. This is evident, considering concerns highlighted by the pandemic such as health awareness, sustainability, and environmental conservation, all of which require in-depth research, innovation, and implementation. Deductively, knowledge is turning into an importance resource and symbol of power for nations, just like economic or military forces. Hence, international collaborations tied together by and with the intention of knowledge will go a long way.

The roadmap to 2025 highlights the commitments that India and the European Union have made towards achieving their collective objectives. The dynamic global landscape of today poses new challenges as well are new opportunities for both the parties. The EU’s deteriorating relationship with China and India’s increasing attractiveness for businesses creates economic opportunities for India. The global health crisis has opened new opportunities for both the parties for research and innovation in the sectors of healthcare and medical science. Other sectors like education and space technology also stand as major areas for research and innovation. India and EU have described themselves as ‘natural partners’ committed towards deepening their relations. As the two of the largest democracies in the world, India, and EU hold infinite potential to prosper collectively. Recent developments are evidence that the relations between the two parties are deepening by the day, and they are expected to do so in the years ahead.