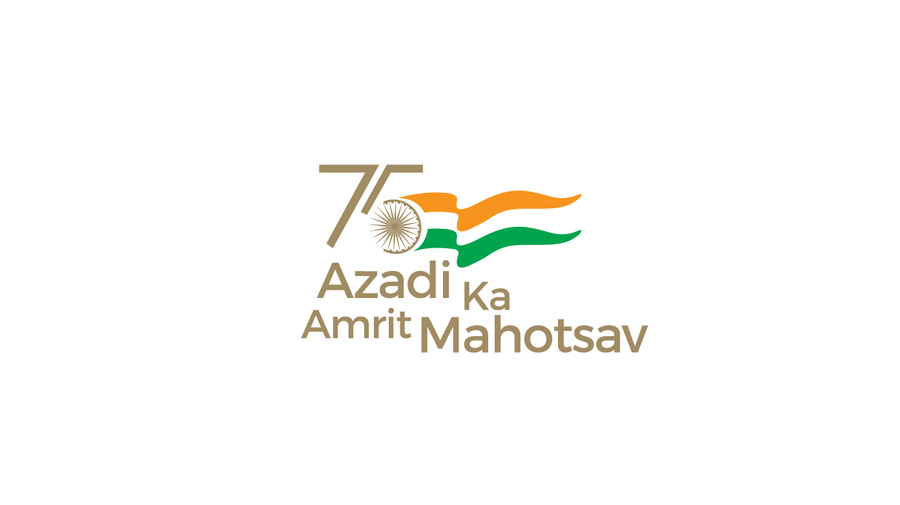 “It is in this spirit that we mark the Azadi Ka Amrit Mahotsav, we commence a period of connecting the world even closer to India and enhancing its appreciation of the many ways in which we enrich global society.” – S. Jaishankar, EAM

Cultural diplomacy, a combination of two words, simply stands for using ‘culture’ in the pursuit of national interests through diplomatic channels by the State. Additionally, cultural diplomacy is essentially an important diplomatic tool in enhancing people-to-people contact and connectivity between two cultures. Cultural diplomacy plays an important role in creating awareness of a state’s cultural achievements and create a better understanding among the target nations and people. Thus, it can be said that culture provides a connecting bridge that acts as a catalyst for improving communication and cooperation between two countries.

India is naturally internationalized by the virtue of its culture, tradition, heritage, and history. India is known globally for its ‘Unity in Diversity’ and ‘वसुधैव कुटुम्बकम’, ‘the whole world is one family’ values. India, home of billion people, accommodates various languages, geographical regions, and religious traditions. As Rightly stated by the External Affairs Minister S. Jaishankar, “drawing from our Indian heritage, we have become even stronger voices for international cooperation and solidarity. That, of course, is most in demand at times of global stress, such as the Covid pandemic.” During the covid19 pandemic, the Indian government not only started the world’s largest self-made vaccination drive but also the Atmanirbhar Bharat mission which aims at encouraging domestic manufacturing and services. It also focuses on increasing foreign direct investment and ultimately helps in promoting the tagline “vocal for local” to go Global.

While the Indian government is working on promoting local brands, supply chains, and manufacturing, Prime Minister Narendra Modi on 12 March 2021 inaugurated ‘Azadi Ka Amrit Mahotsav’, 75 weeks before the 75th independence Day of India. Furthermore, the celebration will continue till 15th August 2023. As stated by Prime Minister Modi, the Mahotsav will be a ‘Jan-Utsav’ which includes five pillars- Freedom struggle, highlighting the country’s struggle for independence; Ideas at 75, ideas to achieve the path of progress; Achievements at 75, showcasing the achievements of the country; Actions at 75, steps were taken by the government and Resolves at 75, resolutions to be taken by citizens for country’s development.

One of the peculiar objectives of celebrating the Azadi Ka Amrit Mahotsav is the Global Outreach wherein the government intends to highlight India’s culture and heritage to promote India’s legacy around the world, depicting India’s growth in all spheres. The celebration has outlined themes such as ‘Vishwa Guru Bharat’, ‘Ideas, Achievements and Resolve’, ‘Atmanirbhar Bharat’, ‘India’s rich cultural heritage, ‘Celebrating Unsung Heroes’, and ‘Independence 2.0’.

The Vishwa Guru Bharat theme goes back to the beginning of civilization where India portrayed the whole world its academic supremacy through its renowned scholars such as Sushrutha, Kanad, and Aryabhatta. Besides, Indian culture has always advocated global peace, love, and compassion for all, an ardent believer of ‘whole world is one family’ value. These values root out for India to become Vishwa Guru as it is now time that the whole world assimilates with this spirit.

Secondly, amid all the planned events, the country’s achievements in varied sectors, such as agriculture and science & technology, will be highlighted. The idea is to celebrate the notion of India which will aid citizens towards the nation-building process. For this purpose, the government has planned activities, for example, the #RiseUp pledge cross the social media platforms and establishment of the Aatmanirbhar Bharat Design Centre, emphasizing indigenous products coming from all the states and union territories.

Thirdly, Atmanirbhar Bharat Abhiyan will not only aid in coping with the problem of unemployment but also promote Make in India and attract foreign investment. It stands on five pillars- Economy, Infrastructure, System, Vibrant Demography, and Demand and Supply Chains. Thus, Self- reliance does not mean cutting from the rest of the world; it is indeed going vocal for local to go global.

In addition, the government plans on organizing exhibitions, activities, and seminars wherein they honor the unsung/ unacknowledged freedom movement’s heroes through initiatives such as “Dekho Apna Desh” which highlights the national heroes who are side-lined from the convention freedom struggle storyline.

Furthermore, the ‘Independence 2.0’ is a theme aligned with Make in India and vocal for local. Under the Azadi Ka Amrit Mahotsav, the government focuses on creating world-class products to promote investments and ultimately, boost the economy. It equally focuses on the participation of local craftsmen and artisans in economic activity and further giving them a global platform.

Lastly, India’s rich cultural heritage theme is pertinent to mention as it not only highlights the diversified food, languages, customs in Indian society but also celebrates its heritage across the country and globe through its planned events. India through its Missions abroad is conducting several activities under the Azadi Ka Amrit Mahotsav which introduce Indian culture and promote deeper inclusiveness.

The activities and events under the Azadi Ka Amrit Mahotsav not only work on introducing Indian culture abroad but also, for example, include socio-cultural and economic activities like in Zimbabwe, the Mission organized tree plantation drive and conducted trade and diplomacy events. Plus, several workshops are being conducted worldwide, for instance in Vietnam, the 1st India-Vietnam Virtual Workshop on Coastal Erosion and Protection, and a webinar on Ayurveda was conducted as a part of India @75. Similarly, to introduce Indian Gastronomy in Venezuela, ‘Khana De La India’ was launched and also a screening of Bollywood movies was observed to promote Indian Cinema. At the same time, to strengthen cultural ties between the two countries, events on cultural and historical linkages were organized, for example in Uzbekistan, a webinar was organized which not only focused on cultural ties but boosted academic exchange between the two countries. Speaking of academics, as a part of the Azadi ka Amrit Mahotsav, the Indian Mission in Tanzania organized Study in India events and Social Media Campaigns for university students. Another important part of India @75 includes the celebration of Indian festivals abroad which fosters people-to-people ties. Furthermore, in Peru #Indiaweek was celebrated from October 02, 2021, to October 09, 2021, through a series of events as a part of Azadi Ka Amrit Mahotsav celebrations highlighting India’s achievements, economic progress, rich tradition, wisdom and cultural heritage & diversity. Hence, today, India through its all Missions abroad has embarked on a splendid journey which connects the world through its cultural values.

Be it the celebration of International Yoga Day, Indian festivals, exhibitions, seminars, webinars depicting India’s achievements, tradition, scientific innovation, and diversity, Azadi Ka Amrit Mahotsav will empower youth with new opportunities and connect people from all across the globe through its rich cultural programmes. Today, India’s efforts in promoting Yoga worldwide have connected masses and made India the leader of a global spiritual network.

Similarly, the celebration of Azadi Ka Amrit Mahotsav does not solely focus on the country’s economic advancement; India, with its deep-rooted democratic values, brings the world together, even closer to India through its cultural diplomacy. It further strengthens academic and cultural ties, fosters scientific approach, works towards achieving sustainable development goals while keeping a balance between ecology and economy, promotes peace and most importantly, reflects the Indian value of integral humanism; expansion of the self, moving from individual to the global society. This celebration is indeed opening doors for several countries to invest, innovate and explore in India and is certainly redefining cultural diplomacy as ‘culture’ in the pursuit of global interests and not national interests.

Dnyanashri L. Kulkarni
Author is working at Public Policy Research Centre, New Delhi as Researcher. Before joining PPRC as a researcher, she has interned at Indian Council for Cultural Relations. She has pursued her bachelors in French Literature from Mumbai University and is currently a Masters student of International Relations at Jindal School of International Affairs.
Tags:
Share:
Share this...