Cooperation between the European Union, India, ASEAN, and Japan in the Indo-Pacific 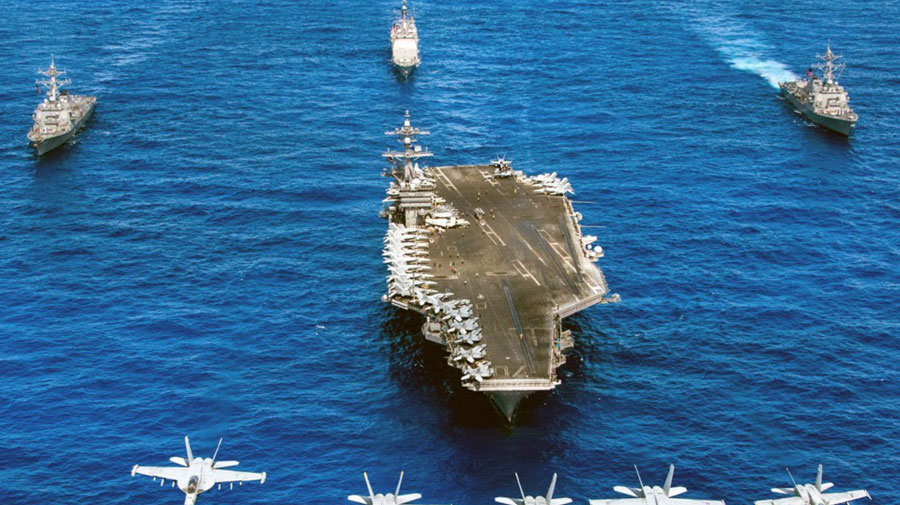 A Number of Influential Actors in the Indo-Pacific

The European Union (EU) and India are evidently concerned about maritime security in the Indo-Pacific region. There is increasing Chinese assertivity, which is firmly situated at the center of the Indo-Pacific. The EU-India Strategic Partnership of July 2020 mentions cooperation in the Indian and Pacific Oceans.  This is also a reference to the emerging supremacy of the Indo-Pacific in the strategic considerations of many other nations. ASEAN and Japan, in unison with India and the EU, will help provide for a composition of four strong and potent powers with pressing security commonalities.

As far as security is concerned, there is a lack of on-field cooperation amongst the participants of the Indo-Pacific’s evolving ‘Great Game’ such as the United States, India, Japan, France, Germany, and the Netherlands.  In the wake of the above, India, the EU, ASEAN and Japan could come together to work towards a stabler and more secure Indo-Pacific Region. The familiarity of the latter two in the Indo-Pacific is vital to the cause of a majority of the region spanning Southeast Asia (ASEAN’s neighbourhood) and the western Pacific (Japan’s neighbourhood). In this regard, ASEAN and Japan can be viewed as ‘bases’ for an Indo-Pacific catapult by EU and India. While the EU lacks in its involvement in formulating a comprehensive, multi-faceted Indo-Pacific venture, India remains constrained by its present levels of capacities and capabilities to address the full Indo-Pacific Region cohesively and decisively.

Japan finds itself at the helm of the eastern part of the Indo-Pacific with both westward and eastward presence from its islands. ASEAN’s geographical stationing in and at the very centre of the Indo-Pacific facilitates its direct and unequivocal attention to the region. ASEAN and Japan are leading actors within the Indo-Pacific Region with varying degrees of influence and potential. This influence and potential need to be duly explored and exploited for mutually-beneficial ends through equally-accommodative means.

There are lessons that the EU and India can learn from Japan and ASEAN. Firstly, the EU must endorse ‘ASEAN Centrality’ as the ways and means of establishing ASEAN’s standing in the Indo-Pacific. Japan and India, two of ASEAN’s committed Dialogue Partners, have long emphasised and endorsed ‘ASEAN Centrality’. The importance of elevating ASEAN as a key actor in the Indo-Pacific’s strategic calculus will help foster a safe and secure region in the years and decades ahead, and the EU is inclined to comply in this regard. ASEAN is perceived to be rising as an actor in its own right as it seeks to integrate Southeast Asia, and offers a platform for discussions intended to cast a rules-based order.

Secondly, Japan is one of the main Asian nations with a diverse presence and strong partnerships across the Indo-Pacific (with India, not least), and is poised to strengthen its hold in the region in the upcoming years. India has unitarily endorsed Japan’s ‘Free and Open Indo-Pacific’ (FOIP) paradigm as a first step towards characterising maritime security and attuning it to the developments in the region. The EU could also follow suit and is well advised to do so.

Thirdly, there is a need for a convergence of landmark visions, policies, and formal mechanisms that are founded on the principles of freedom, oneness, cooperation, transparency, inclusion, and friendships.  This could be pursued pro-actively by the EU, India, Japan, and the ASEAN in the context of the Indo-Pacific. ASEAN’s Indo-Pacific principles (as provided in the ‘ASEAN Outlook on the Indo-Pacific’), India’s SAGAR vision and Prime Minister Narendra Modi’s Indo-Pacific Oceans Initiative, Japan’s FOIP vision (not a strategy), and an Indo-Pacific-centred policy-formulation by the EU could aid Indo-Pacific security.

The Quadrilateral Security Dialogue is best placed to seek more formalisation in the form of external ties with common-interest multilateral groups such as the EU.  This is also a result of the landmark elevation of the QUAD’s working dialogues to the ministerial level. The QUAD’s elevation to more formal norms and procedures affords it the opportunity to link up with the EU through dialogue(s). In this regard, QUAD’s rejuvenation is a statement of its intent.  The revitalisation of QUAD is an indicator of the QUAD’s willingness, as opposed to its reluctance of 2007, to deliberate on maritime security issues. In wake of the above, the EU may be a capable, convenient, and comfortable like-minded grouping for the QUAD.  The QUAD’s return helps position it for the EU’s consideration as a new ‘strategic partner’. Once it assumes a more nuanced and structured formalisation (with an expanded focus on the Indo-Pacific region), it may be worth noting that the EU could engage with the QUAD in the entirety of the Indo-Pacific.

The QUAD may eventually choose to develop a multinational military force, congruent with an aligned EU force such as the EUNAVFOR. The QUAD, for now, is entirely focussed on dealing with maritime security issues resulting from the Chinese hegemonic umbrella. It may, however, be pressed to deal with individual issues such as maritime piracy and hybrid threats such as seaborne terrorism. Recently, the two-phase 2020 MALABAR exercises between Japan, India, the US, and Australia (following a prolonged absence) took place. After learning from the lessons from the MALABAR series of exercises, the QUAD could be well placed and ready for execise with the EU. Competing with and mitigating the overtures of an aggressive China through meaningful military multilateralism that helps resolve China-instigated maritime security issues, is a stated objective for the QUAD. The QUAD, as a unique coming-together of four main ‘Asian’ nations for the purposes of maritime security in the Indo-Pacific presents a distinct opportunity for the EU to enter the Indo-Pacific Region.

All Indo-Pacific-inclined powers are highly enthusiastic about the prospects of evolving their present roles and even devising new ones in their pursuit of holistic maritime security. The EU’s presence is more central to the Indian Ocean Region (IOR) at present as opposed to the Indo-Pacific, an outlier to the EU. This is because of the immediate and interlinked interests of the EU are limited to significant stretches of the IOR. A strategy, as argued by many scholars, is warranted owing to traditional and non-traditional threats that are catching the EU’s attention.

This rationale supports the potential to definitively alter the maritime balance-of-power in the Indo-Pacific. The EU’s interests and presence in the western IOR and the QUAD’s eastern-IOR-centric approach are a natural match for the Indo-Pacific. Together, a blending of the two – the QUAD and the EU – can result in perhaps addressing the threats, challenges and risks China poses, and more so in the Indo-Pacific, where the world’s better powers are forging a rules-based discipline.

Conclusion – Much Work Ahead to Foster Indo-Pacific Integration

To conclude, each Indo-Pacific entity is advised to undertake the following measures whether officially or unofficially owing to the emerging strategic scenarios in the Indo-Pacific region. ASEAN must welcome EU as a strong constituent of maritime security across the Indo-Pacific, with enforcement through the EU’s advanced systems and formulations. This should be suited to alleviate maritime security threats such as sea piracy and terrorism. ASEAN must aspire to enforce its Strategic Partnership with the EU (specifically for the Indo-Pacific) on the basis of identical beliefs. These may include a rules-based global order and prolonged and sustained economic cooperation (mutually-beneficial).

Japan should be inclined to view the EU on par with the United States in its strategic considerations, and as far as security cooperation is concerned. A hypothetical EU maritime force (for e. g. an Indo-Pacific EUNAVFOR, European Naval Force, with broader prerogatives and imperatives) for the Indo-Pacific may take shape with a concrete strategy. This could be on the lines of large-scale American military commands, warship deployments, across-the-board basing, and accompanying strategic naval maneuverings in the Indo-Pacific. This entails Japanese cooperation with the Union on a more pronounced scale.

India’s approach to the EU will have to take into account their entwined interests in the western IOR with EU countries (and EU, itself) poised to encapsulate the entire IOR through the announcement of independent strategies. These pronouncements will lead to the substantiation of their forays in the Indo-Pacific region. The EU, as a new player in the Indo-Pacific, must assess the vitality of the region to its regional and global security interests before its deepening forays.

Jay Maniyar
The author is a Research Associate at the National Maritime Foundation in New Delhi, India. The views expressed above are in a personal capacity, and do not reflect the views of his employers. He can be reached via email at jaymaniyar@gmail.com, and can be contacted on the professional networking platform, LinkedIn.
Tags:
Share:
Share this...