A Makeover for the India-Tanzania Partnership 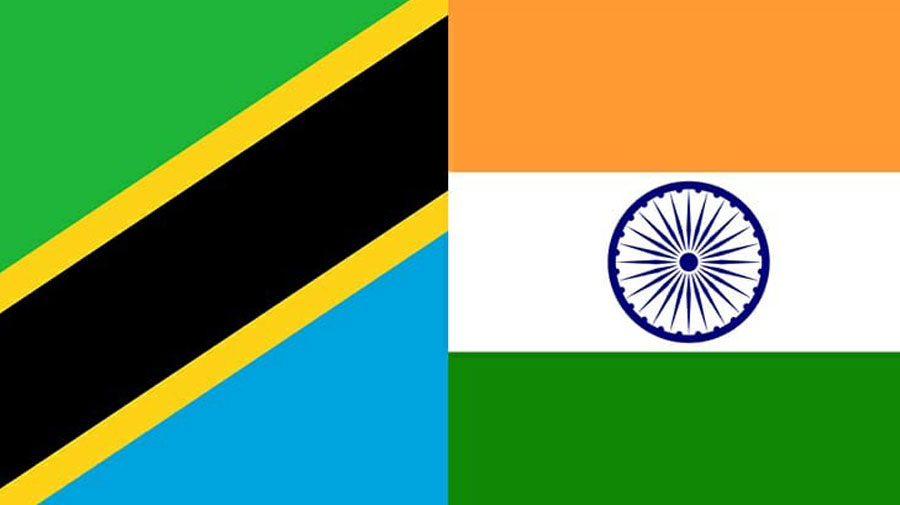 The India-Tanzania partnership is based on its people’s shared past and future vision. Ties between the two countries have evolved into a modern and pragmatic relationship with sound political understanding, diversified economic engagement, people-to-people contact in the fields of education and healthcare, and development partnership in capacity building training, concessional credit lines and grant projects.

A makeover is a process where there is change resulting in improvement. In a partnership between two sovereign nations, makeover requires a change in at least some elements of the relationship. The main elements of the bilateral ties are political give and take, vibrant trade and investment ties, and active cooperation in agriculture, health, education, water resources management and defence. Development partnership is at a very high level and the peoples of the two countries maintain deep cultural and diaspora ties.

While we have used very positive adjectives to describe each facet of the relationship, it is obvious that without substantial change, the level of engagement in each sphere will be limited to the current peaks.

Let’s begin with political dialogue. To attain the levels that existed during the era of Mwalimu Julius Nyerere, political exchanges at all levels have to be stepped up, which is no mean feat in these Covid-induced restrictive times. The absence of face-to-face meetings can be made up with more frequent telephonic and online video conversations and meetings, as when Prime Minister Modi had a telephonic conversation with Late President Dr. Magufuli in June 2020. While the Indian PM visited Tanzania in 2016, the visit of the Tanzanian President to India is overdue. If travel is to be avoided, it could be held in the online format, with virtual meetings with the Indian leadership, including the President, Vice President and PM. The next meeting of the India-Tanzania Joint Commission on Economic, Technical and Scientific Cooperation, which last met in 2018, needs to be held without further delay. Such signals from the highest political levels is bound to enthuse and encourage greater dialogue and understanding at all bureaucratic levels and even among business and investor communities on both sides.

On bilateral trade, services, manufacturing and other economic activity which seems to have reached a peak in 2014-15 and has been in steady decline since, a massive makeover is required. The traditional buyer-seller relationship between Indian and Tanzanian businesses is no longer very effective. In view of the Covid-induced external shock to both economies, particularly in the global and regional supply chain systems, both sides seek economic self-reliance to insulate themselves from such shocks in the future. Fortunately, India’s reform process resonates with Africa’s and Tanzania’s aspiration of accelerating its infrastructure development, manufacturing growth, farm sector modernization, services sector expansion, digital transformation and reliable healthcare services to build self-sufficiency. India’s model of cooperation with Tanzania has been premised on the ‘Africa-owned’ and ‘Africa-led’ formula. It is demand-driven, consultative and participative involving local resources supported by capacity-building initiatives and based on Tanzania’s prioritization of its needs. Therefore, India’s engagement with Tanzania enhances the country’s goal of self-reliance.

The African Continental Free Trade Area (AfCFTA) which came into effect in January 2021, promises to boost regional trade from the current 17% of Africa’s total trade to 52% in five years, with the removal of tariffs on 90% of goods. Such a massive and rapid increase in regional trade turnover requires major infrastructure expansion in terms of roads, railways, shipping, ports and storage and transshipment facilities all over the continent, including Tanzania. India wants to participate in such infrastructure projects.

Indian industry would be encouraged to establish businesses in the 230 special economic zones (SEZs) coming up all over Africa, including Tanzania, and benefit from wider market access that the AfCFTA promises to deliver. Indian manufacturers and exporters, particularly of medicines, vehicles, tractors and such items must explore the opportunities in manufacturing such items in Tanzania for sale in that country and in neighbouring countries. If that is not economically viable, such exporters should at least ensure some value addition before the point of sale to the consumer. For instance, the packaging of medicines for sale in Tanzania could be carried out within the country. Similarly, Indian importers of items like cashew nuts, timber and spices should be encouraged to buy these items after some value addition within the country. For greater investments in manufacturing activities, Tanzania may have to work with the AfCFTA Secretariat to harmonize regulations pertaining to rules of origin and non-tariff barriers in sync with India.

In order to facilitate greater Indian participation in both the activities, infrastructure building and manufacturing, particularly in SEZs, Tanzania needs to develop new strategies. In the case of infrastructure, to step up investments from India in Tanzanian projects, the latter needs to look beyond the Lines of Credit offered by the Government of India. Public private partnerships (PPP) with Indian investors would probably be the preferred route. Tanzania, like the rest of Africa, also needs to explore innovative financing channels like debt funds, pension funds and green and blue bonds for environment-sensitive projects. Tanzania also needs to deepen its equity and debt markets.

Tanzania should also consider a Comprehensive Economic Cooperation and Partnership Agreement (CECPA) of the type that India and Mauritius have inked recently. Perhaps, in the long run, an FTA between India and the African Union would be the ideal goal. Till then, the CECPA type of arrangement would be beneficial to both countries. Tanzania also needs to effectively utilize the concessions offered by India under the Duty Free Tariff Preference (DFTP) scheme, so long as it applies to the country.

As one of the constituents of India’s Pan-African E-Network, Tanzania is linked to both the e-VidyaBharati (tele-eductaion) and e-ArogyoBharati (tele-medicine). While the tele-education link at Dar es Salaam University has worked fairly satisfactorily, additional links could be established at other centres of higher education in various parts of Tanzania. The tele-medicine link is sparingly used, perhaps due to its location. It could be made more effective by linking it to Tanzania’s home grown tele-medicine hub, if not already done.

Greater economic activity between India and Tanzania can also be leveraged from multi-stakeholder global partnerships such as the International Solar Alliance (ISA) and the Coalition for Disaster Resilient Infrastructure (CDRI). The ISA, in which Tanzania is a member, addresses the need for this important source of clean energy. Enhanced participation by Tanzania could be bolstered with bilateral cooperation in this sector. The Covid-19 pandemic has revealed the criticality of a nation’s health and digital infrastructure. Tanzania would benefit from joining the CDRI, which provides valuable inputs to countries which need to develop disaster resilient infrastructure on a war footing. Tanzania’s membership in CRDI would perhaps herald greater African participation in this initiative.

Where there is will there is a way, so goes the age-old saying. There are many ways in which the traditional warm, friendly, and vibrant relations between India and Tanzania can scale new heights, some of which have been examined above. The leadership of the two nations, propelled by demand from the grassroots level, must set the agenda for both sides to reach these goals.