The Taliban’s Conception of State under Islamic Law 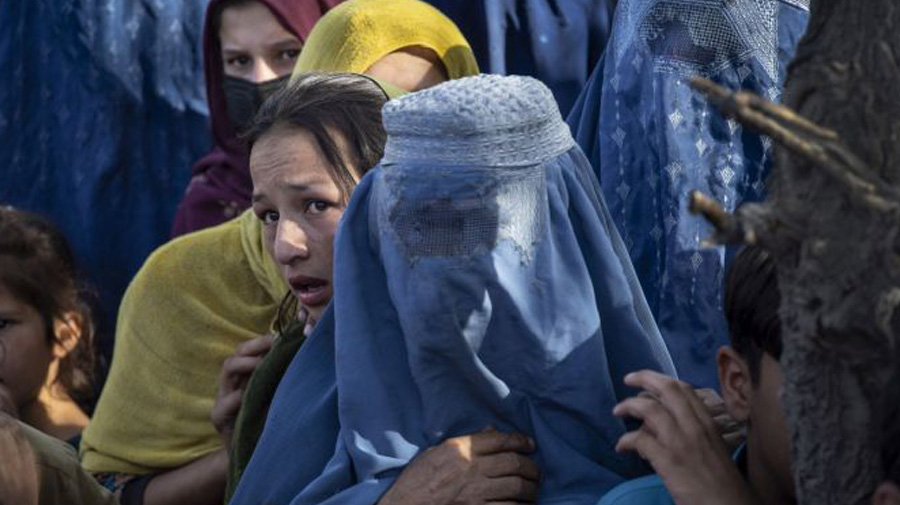 Except for its obsession with the defeat of the elected government in Kabul, the ouster of foreign troops and a state based on Islamic law, the Taliban leadership does not appear to have contended with the specific functioning of future Afghanistan.

Since the fall of Kabul on August 15th, Taliban is repeatedly claiming that it is different from its previous version. To convince the international community that Taliban 2.0 is a more moderate version, it has exercised a clever public relations exercise on multiple social media platforms, in several languages. Al-Emarah Studio, which produces pro-Taliban multimedia content, have been out on the streets of Kabul speaking to residents with reassuring messages about life returning to normal. Taliban spokesmen have taken to television studios to reassure residents that the streets were safe. For instance, on August 16th the Taliban tweeted an image of girls ‘on their way to school’, saying education for girls will continue. But the group has not yet offered details about social matters and freedoms age of girls and education, women in the workplace and their dress code, etc. Taliban spokesman Zabihullah Mujahid has assured women that their rights would be respected “within the framework of Islamic law,” adding that women would have the right to education and work. “They claim they are changing, but I know they are not,” said an Afghan ex-refugee, “They are just waiting for the U.S. troops to get out of the country.”

The ground realities since the Taliban takeover have been very different. There is the case of Taliban fighters walking into the offices of Azizi Bank in the southern city of Kandahar and ordering nine women working there to leave after beating them. Afghan women working in fields including journalism, healthcare and law enforcement have been killed in a wave of attacks since the Taliban began capturing provincial capitals. A few days ago, five members of Afghanistan’s renowned female robotics team arrived in Mexico after fleeing Taliban to apply for humanitarian protection. A Fox News video shows women being beaten up for not wearing a burqa in a public place. New York Post reported that the insurgents killed a woman in Takhar province for being in public without a head covering. The Taliban has asked for lists of all women and girls between fifteen and forty-five. They are to be wed to the members of their army. The group has started erasing the pictures of women from Kabul walls. When asked about the change of attitude of the Taliban towards women, Ms. Pashtana Durrani, the “Malala award winner” and one of the leading voices for the women, flatly denies anything of that sort happening. “Women are already being forced to get married to these monsters. I have reports coming from all provinces. My own relatives have been murdered in the last three weeks.”

The Taliban believes that upholding, violently, if necessary, “morals” and the degree to which it is independent of foreign—and particularly, Western—influence are the most important foundational goals of establishing a state based on Sharia Law (Islamic law). “Sharia” principles fluctuate according to the specific interpretations of varied scholars. The 2004 Afghan Constitution also did not contradict Islamic law yet it was bitterly opposed by Taliban. Taliban is an extremist interpretation of Islamic law, and it is implemented by the insurgent movement as a strict legal system instead of a moral code for the individual.

During their five years of rule from 1995-2001, the Taliban regime imposed a strict interpretation of Sharia. In order to root out non-Islamic influence, the regime banned lighthearted activities like music, kite flying, television, and the Internet. Female education was forbidden, and women could not step out of the house without the company of a male. Public executions and punishments became common and men were requested to wear beards. People accused of violating the Sharia were be stoned to death, had their hands cut off or subject to a public execution. These cultural impositions occurred alongside religious intolerance and discrimination against the minority Afghan Hindus and the destruction of non-Islamic relics like the Buddhas of Bamyan.

Taliban is Clueless on State Formation

One of Afghanistan’s first female mayors Zarifa Ghafari has said that Taliban have a list of people who took a liberal approach earlier, and believes that “We have to show to the world the real face of Taliban in Afghanistan.”

Within the Taliban movement, the concept of the state is underdeveloped and under-theorized. In fact, beyond vague references to Sharia law and a state independent of foreign occupation, the Taliban’s vision for the shape of the state after the withdrawal of foreign troops is, at least absolutely ambiguous. Now that the Taliban is once again in charge the norm for Afghanistan will be the implementation of conservative Islamic religious and cultural practices along with the aspect of militancy.

Except for its obsession with the defeat of the elected government in Kabul, the ouster or withdrawal of foreign troops and a state based on Islamic law, the Taliban leadership does not appear to have contended with the specifics of the nature of a future state. Questions about the future of the Afghan state posed to Taliban leaders have resulted in outright lies and evasive or imprecise answers. The group has no comprehension of establishing a functioning and stable state, let alone partnering and working together with other political actors and members of civil society.

Among the Taliban rank and file there appears to be no agreement on how it would function or administer the territory. When speaking of an ideal state, Taliban only agree that it must be one based on Sharia law. After its victory, senior commander Waheedullah Hashimi said that a council of Islamic scholars will determine the legal system and that an Islamic government will be guided by Islamic law, not the principles of democracy; “There will be no democratic system at all because it does not have any base in our country,” he said. “We will not discuss what type of political system should we apply in Afghanistan because it is clear. It is Sharia law and that is it.”

Some may advocate that Taliban has evolved considerably in its social outlook. However, the reality is that despite the changed conditions from the 1990s, the Taliban has not progressed from its deeply parochial, conservative mindset. The rank and file of Taliban members are often poorly educated, have never engaged with the broader world of Islamist discourse, and may remain unaccepting to new interpretations of Islam. Most members do not see elections as compatible with Sharia and their cultural mores dictate a rigid implementation of moral standards. Those in the higher ranks of the Taliban suffer from an underwhelming religious education and inadequate exposure to modern forms of Islamic practice. And the younger fighting generation generally has poor understanding or experience of applying Sharia, and is more oriented towards harshness and intolerance. Taliban views on personal dress, female education and television today are just as harsh as their prior posturing in the 1990s. Its cadre have little sense of how modern states and politics work; nor do they know how modern Islamic groups elsewhere practice politics. Their worldview continues to remain irrational.

The Taliban’s assurances about a general amnesty have also turned out to be completely bogus. Multiple sources from within the US and UK security forces have confirmed the beheading of interpreters who worked alongside these forces across Afghanistan. For religious minorities, Zabihullah Mujahideen’s assurances that Sikh and Hindu Afghans would not be harassed and be allowed to practice their faith proved false when only a few days later, the Nishan Sahib of a gurudwara was pulled down by Taliban cadres, belying every assurance.

Chaos in Kabul, with Afghans desperately trying to flee from Taliban has renewed fears about the expansion of violent Islamic extremism. As extremists in the region rejoice, the Taliban takeover has reignited fears about the regressive nature of Islam. The ‘Islamic Emirate’ that the Taliban has imposed is the harbinger of a great humanitarian tragedy, but because they function in the name of Islam, they will also be responsible for begetting Islamophobia around the world.