Transforming Opportunities: Roadmap 2030 and the Future of India-UK Diplomatic Relations 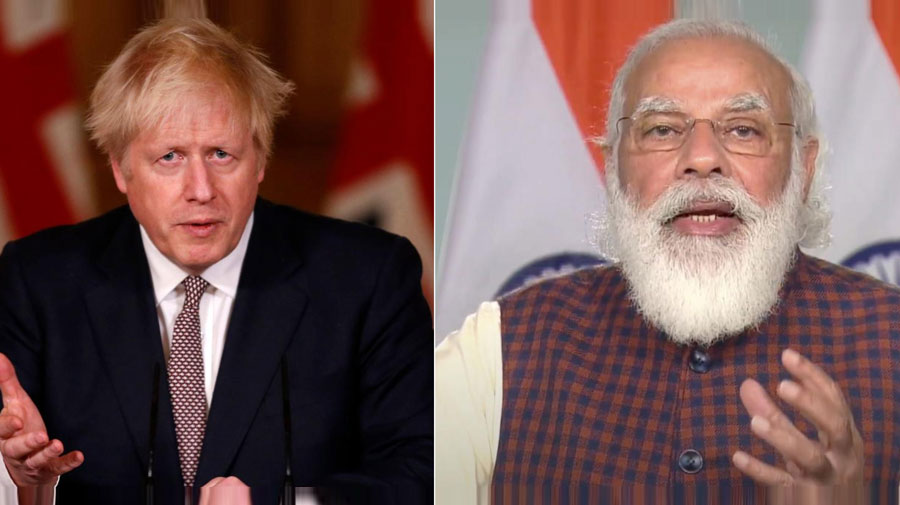 Since the signing of the strategic partnership agreement in 2004, India and the United Kingdom (UK) have shared a cordial relationship. Decades after that, India and the UK still keep the ball rolling through the newly introduced Roadmap 2030. Signed in early May 2021, the Roadmap charters the course of bilateral relations between India and Britain for the next 10 years and identifies key areas of cooperation ranging from climate change, education, healthcare to trade and investment. As a matter of policy, the Roadmapcontemplatessteering the future of diplomacy between India and Great Britain. From an Indian perspective, there are three main areas where the Roadmap has the potential to make important and viable strides, namely in higher education, strategy, and trade. These areas are important to highlight as they are vital, workable, and have a transforming effect on the status quo of relations between both countries.

One of the prominent features of the Roadmap is the emphasis on India-UK bilateral defence and strategic relationship, with a special focus on the Indo-Pacific region. The objective is both tactical and commercial. From a geopolitical standpoint, strengthening cooperation in defence and security realms is complex, but, as the Roadmap suggests, it may be accomplished in many ways, sinceBritain has showcased a strategic “tilt” towards the Indo-Pacific. These include agreements thatfacilitate cooperation in military logistics and training as well as collaborations in military education, exercises, and drills. The Roadmap also both India and the UKto join forces in confronting cyber, space, and terrorist threats as well as restricting China’s growing might, to ensure freedom of navigation, openness, and security in the Indo-Pacific region.

While referring to commercial aspects, the Roadmap provides an opportunity for Indian and British Defence companies to exchange, share and develop innovative and novel solutions that accommodate the interests of both countries. Roadmap 2030 sets forth a framework for the nations to increase their military technology cooperation through combined initiatives, mainly in air and naval combat. A portion of this effort particularly focuses on the development of new combat aircraft capabilities, such as India’s locally built Light Combat Aircraft- Tejas.In Naval Technology, Britain hasgreat prospects towork with the Indian Navy to advance electric propulsion systems for India’snext-generation carriers and warships.

India-UK bilateral trade in goods and services has always been a major contributor to the economic relations between the two countries. As a beginning to a fresh chapter, the Roadmap paved way for Enhanced Trade Partnership and opened the doors for negotiations on the highly ambitious UK-India Free Trade Agreement (FTA). Based on the Roadmap, the FTA was structured as a reciprocal deal where both countries would benefit equally. Britain’s prospects revolve around the fact the FTA would allow it to tap into a significant and expanding Indian market. On the other hand, India’s interestin negotiating the FTA is to boost its market access in areas such as agriculture, pharmaceuticals, and services, as well as to increase its potential for trading with the UK.

As part of the initial negotiations, promises and commitments were made from both sides.The UK agreed on a number of Indian demands, to name a few- openits fishing industry for Indian players, provide more opportunities for nurses, and officially recognize Indian seafarer credentials. India, on the other hand,agreed to the UK’s key proposalsof allowing the free movement of fruit and medical equipment. Despite the domestic obstacles, the two countries also decided to proceed with an FTA that would facilitate the liberalization of legal services in both jurisdictions. In addition, both parties also agreed to engage in collaborative discussionsin finalizing a Social Security Agreement, wherein Indian and British professionals working either in the UK or India could avail various social benefits, even if their stay is for a brief period.

India and the UK have a long history of shared commitment to furthering educational ties. With more than 50000 Indian students studying in the UK, India is a major contributor to the British Higher Education system. Though the story may not be the same for India, the advent of the Roadmap and the recently approved National Education Policy (NEP) provides a new outlook to India-UK Educational Cooperation. In this light, it is noticed that both academics and research, would get a boost because the Roadmap is conceived in the spirit of internationalization as outlined in the NEP.

With the NEP in sight, it is possible that in the coming years, the Roadmap might enable several mutually beneficial academic/research collaborations between Indian and British Higher Education Institutions (HEIs) and even channelize the establishment of British University campuses in India. Adding, the roadmap also aims to take the NEP’s salient recommendations to a greater level by promoting digital education, vocational training, and creating international research collaborations through existing programmes like the UK-India Education and Research Initiative (UKIERI).

Moreover, to foster two-way student, teacher, and researcher mobility, the Roadmap prioritizes the signing of a Migration and Mobility Partnership. The implementation of the same isgood news for students and professionals from India and the UKas they will be allowed to do internships or join exchange programmesin either country, with easy and swift visa processing.

Another goal that finds an important place in the Roadmap is the mutual recognition of degrees, a demand that is long pending. Thanks to the Roadmap, the mutual recognition of qualifications (MRQ) agreement between India and the UK is expected to be signed by the end of 2021. Once ratified, this will have a system-wide impact on both the internal and outward movement of students and professionals. For Indian students and degree holders, this is a positive step as now their degrees can be eligible for applying for jobs in India and the UK. In addition, the MRQ agreement would also encourage Indian HEIs to attract British students for pursuing academic and semester exchange programmesin India.

In conclusion, it can be said that the Roadmap is a vision document that places the interests of both countries on a dynamic plane. Given the post-Brexit and pandemic scenario, the Roadmap provides an opportunity for India and the UK to explore opportunities in a plethora of areas, yet their collaboration in strategy, trade, and higher education provides a promising andimpactful result to both nations. There may be paradoxicalissuesin priorities that might affect trade negotiations, nevertheless, India and the UK’s role is to push for afruitfulconclusion, while both manage to find a balance. For both countries, the Roadmap is more a guide than a strategy to create a future that not only takes into account the contemporary elements of the society, but also an opportunity to cement a foundation for a productive and civilizational outcome that may live through the challenges of the coming ages.