Diplomatist > Regions > Asia > Home Featured > The Never-Ending War Has Ended! What Will be the Indian Stand?

The Never-Ending War Has Ended! What Will be the Indian Stand? 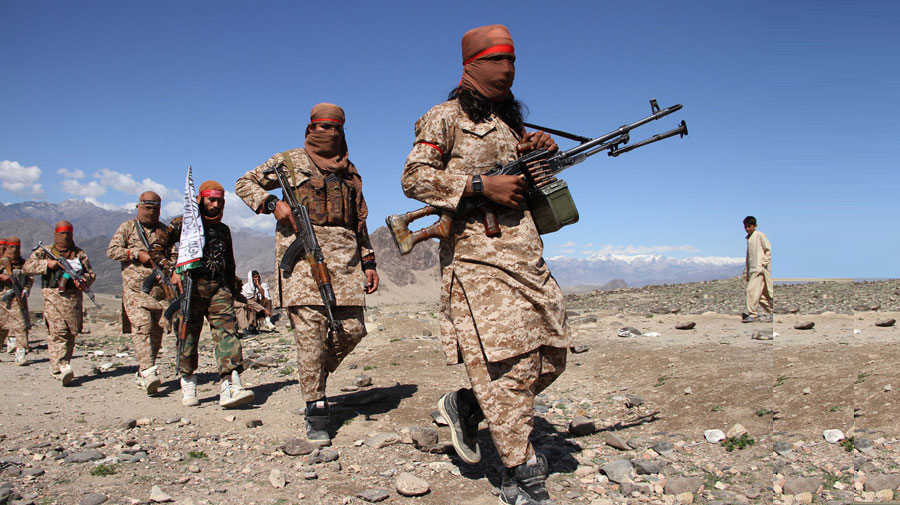 The ousting of Ashraf Ghani-led government has put Afghanistan into the hands of barbarians and causing total havoc and chaos. The Russian embassy in Kabul said that the President had fled the country with four cars and a helicopter full of cash. The President claimed in a Facebook post that he left the county to avoid any bloodshed. Taliban supreme leader Mullah Abdul Ghani Bhadur, declared that the war is over but it opened a Pandora box and would abruptly affect the stability in Southeast Asian countries especially, India (POK) as it shares a border with Afghanistan.

India has heavily invested in various infrastructure projects in Afghanistan which has worth more than 3 billion Dollars. India has built roads, schools, dams, electricity transmission and the most important, the Afghan Parliament as a gesture of goodwill. The bilateral trade was around 1.5 billion Dollars where India exported around 1 billion Dollars and Afghanistan exported 530 million Dollars for the previous financial year, 2019-2020.  India’s pioneering project New Silk Road Strategy to link Central Asia and South Asia via Afghanistan to rest of the Europe through trade, transit and energy routes to counter the China- Pakistan Economic Corridor (CPEC). Afghanistan is strategically indispensable for this progressive project and that’s why India has invested in Iran at the Chabahar port and the Zaranj-Delaram Road in Afghanistan.

The recent circumstances have turned the tables on India as the focus could be shifted towards China’s Belt and Road Initiative (BRI) and the Gwadar port in Pakistan. The Central countries along with Kabul are already a part of BRI, either directly or through the China-Pakistan Economic Corridor (CPEC). The Chinese may replace the US as leaders in regional connectivity platforms involving Afghanistan and that would leave India into economical exile. India may face a calculative loss, as India and Afghanistan having a strong relationship based on historical and cultural links, India could easily build up necessary logistics for the growth of New Silk Road Strategy.

The major concern along with having an economical shutdown is how India will engage with the Taliban diplomatically over national security concerns. The incursion of Taliban militants in Kabul may endanger India’s interest and can sabotage the peaceful environment in Jammu and Kashmir. It would be playing a prominent role in radicalisation of Islam and would also lead to influx insurgent activities. Pakistan is to be known as a “safe haven” for terrorist and also a close ally of the Taliban which allegedly helped them to regain the regime.

India has supported the democratically formed government for over 20 years. India faces a situation where it may have to lose all its investments and efforts, which would be drastic for India as they believed ensuring their presence in Kabul will help them to seek support for Kashmir in the UN. Now, the time has come to reconstruct the foreign policy as India doesn’t have any viable option apart from having diplomatic relations with the Taliban. Although India remains on a ‘wait and watch’  mode after the Taliban’s capture of Afghanistan, New Delhi has called off all their consultants and diplomats and evacuated 120 of its embassy staff from Kabul causing a diplomatic black hole as it did back in 1996.

India has always supported all the government which was in power in Kabul till 1992 since the independence. After the fall of the Najibullah government in 1992, India didn’t have any option rather than to recognise the Mujahedeen government and to continue its diplomatic presence in Kabul. The assassination of former Prime Minister Rajiv Gandhi in the previous year (1991), economical breakdown as the annual growth at that time was around 3%, and raging insurgency cases in Punjab, Assam and Jammu and Kashmir were the fundamental causes to back this decision and is recalled as “Rao Doctrine.”

In the wake of the following setback, Hezb-e Islami Gulbuddin led by Gulbuddin with the support of Inter-Service Intelligence (ISI) and Pakistan refused to form a coalition government with other mujahideen groups and that had ignited the civil war that lasted for 4 consecutive years.  The Taliban rose from Kandahar in 1994 and eventually captured most parts of the country including Kabul with Pakistan’s support in 1996. The chosen President Burhanuddin Rabbani was allowed to keep the offices but the actual control was in the hands of the new militia, the Taliban.

In the ensuing struggle for the change of power, Taliban had abducted former President Mohammad Najibullah from UN security and executed him in 1996. The former President had very close relations with India and was granted political asylum in India. India resisted this action and walked out with zero diplomatic presence and allegedly increased its covert assistance and presence in Afghanistan. India found itself in the middle when the hijacking of Indian flight 814 takes place in 1999. The flight was taken to Kandhar which was under the Taliban control. Taliban Militia encircled the aircraft to prevent any intervention from the Indian military. After seven days of torturous negotiations, India agreed to fulfil their demand and released the top three militants of Jaish-e-Mohammad including their leader Masood Azhar.  India’s foreign policy was condemned by many experts as the situation can be negotiated earlier, if we had diplomatic presences in Kabul but, New Delhi avoided any situation to accommodate the Taliban.

There are a considerable number of challenges in front of India due to drastic turmoil in Afghanistan after the arrival of Taliban in power and will surge the possibility of terrorist activities in India as Pakistan is in deep association with Taliban. The best course of action for New Delhi would be to move forward with a positive approach in order to bring Taliban to the negotiation table, to turn into a safe haven for the people in India in terms of security and economic prosperity. This would be a reversal of New Delhi’s efforts in the region over the last two decades (2001-2021). The main thirst and hunger of New Delhi is to get connected itself with Central Asia and Europe via Afghanistan and this will provide India an upper hand over China and Pakistan. New Delhi has already invested a decent amount in developing infrastructure in Afghanistan and turning off from Taliban would directly affect its position in Central Aisa and most importantly its projects which can undermine China and Pakistan.  India has never been able to make up its mind about Afghanistan, and now the stakes are higher, and more pressing, than ever.