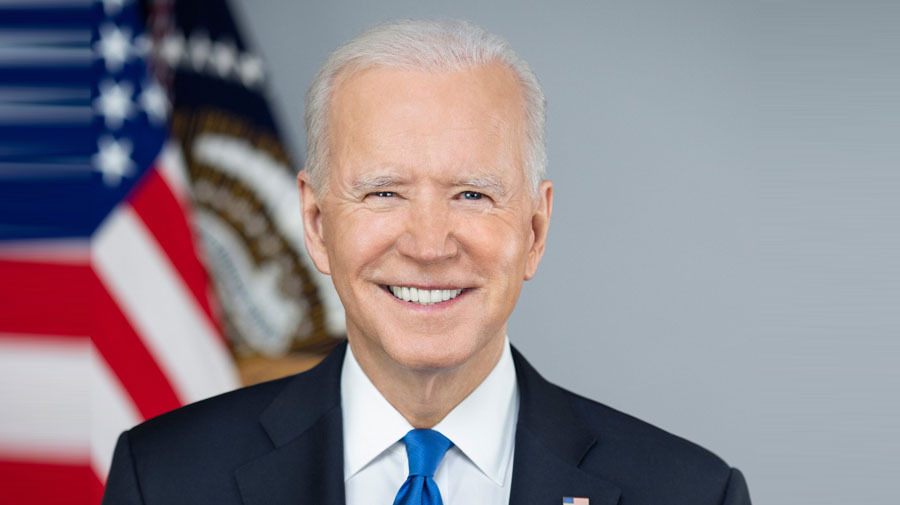 Seldom in the history of the US has such an experienced political leader occupied the White House, like Joe Biden and restoring American leadership is his prime foreign policy objective as President. The Interim National Security Strategic Guidance, which conveys the President’s vision for how America will engage with the world states, “The United States must renew its enduring advantages so that we can meet today’s challenges from a position of strength.”

He has also put together with great alacrity, a very competent, cerebral and experienced team. “American leadership and engagement matter. We’re hearing this now from our friends. They’re glad we’re back.  Whether we like it or not, the world does not organize itself.” These were the words of Antony J. Blinken, US Secretary of State as he took office. Undoubtedly developments in and outlook of the United States have an impact far beyond its borders. In the time since Joe Biden has taken office, the international community has seen swift action in American foreign policy decisions. These decisions range from a prompt and grim withdrawal from Afghanistan, reinvigorating American partnership in NATO and G-7, the revival of the Quad, a focus on China and others. These initiatives are clearly directed towards the goal of reinforcing America’s traditional role in the world as one of global leadership, as the first or most important country for identifying or framing international issues. But changed global circumstances has seen a diminution in the ideological debate about the relative merits of the western example.

In his first overseas visit after assuming the Presidency, he asserted that “America is back in the business of leading the world alongside nations who share our most deeply held values.” The message conveyed to the external community is very clear – that “America is back at the table” with a certain openness, that is it cannot do it alone. Stress on multilateralism as against a unilateralist inward-looking approach taken by his predecessor Donald Trump indicates that under Biden America seeks to lead not merely by example of power but the power of example. Repairing America’s brand which includes a commitment to human rights and the rule of law is another aspect that the Biden team is planning to invoke dynamically.

As economic, diplomatic and even military tensions between the US and China are continuing to rise President Biden’s China strategy seems to be based on strengthening traditional alliances.  At the June G7 summit at Cornwall, Biden sought to persuade the G7 countries to focus on the threat posed by China and to come up with a global “build back better” fund to rival the billions China has been pouring into developing countries. On the China aspect, there is a clear continuation of Donald Trump’s adversarial posture but without corresponding tough rhetoric. Biden has taken an approach that is more comprehensive, competitive without being overly confrontational.

It is again with a focus on China that the US is giving impetus to developments in the Indo-Pacific. In this, the current administration is building on Trump’s policy for the Indo-Pacific region, outlined in the now declassified ‘United States Strategic Framework for the Indo-Pacific.’ The framework is directed to create a quadrilateral security framework with India, Japan, Australia and the US as the main pivot to compete with a more ambitious and potent China. The Quadrilateral Security Dialogue (Quad) Summit in March was held with the goal of exploring the possibilities of practical cooperation among India, Australia, Japan and the US towards a ‘free and open Indo-Pacific.’

Difficulties in the Biden Approach

The first challenge that the Biden administration has faced is that the withdrawal from Afghanistan has diminished the very reputation that the President sought to restore. While the two-decade war has been a tremendous drain on American men and material, the withdrawal from Afghanistan has defamed America’s commitments to its own so-called ‘global war on terror.’  This failure to deliver in terms of the security matrix does not enhance American standing in the region and beyond.

Biden wants to take on China competitively by creating alternative global economic orders, by seeking private sector investment for overseas projects to rival those of the BRI. But Washington is yet to convince countries that it can offer an alternative to the state-backed economic vision put forward by Beijing under Belt and Road Initiative (BRI). While the G7 has responded with warm words to all the talk about “contest with autocracies,” China and Russia, are unclear about what kind of confrontational posture they are expected to take against China. China’s rise has been creating challenges for the group. Most will be unwilling to return to a cold war -like situation, this time with China. Some European countries and Japan are wary of jeopardizing commercial ties with the world’s second-largest economy. Also, details of how the US-backed Build Back Better World (B3W) as a G7 plan, to be a higher-quality alternative to the BRI, will be financed are unclear. In a post-pandemic world when European economies are struggling, it is unlikely that they will come up with hard cash for such an initiative. No doubt the G7 leaders have called on China to “respect human rights and fundamental freedoms”, especially in the Xinjiang region, the north-western region that is home to the Uyghurs and other Muslim minorities, but calling out it for human rights violations does not amount to concrete action against China.

By assigning primacy to the Indo-pacific region and designating China as the most serious competitor, has been a validation of Trump’s correct focus on China which his predecessors talked about but continued to hesitate. But then asserting that China is not an adversary, the Biden administration seems to take half measures to deal with it. There is a lot of ambiguity in terms of how the Chinese presence will be restricted in the South China sea.

The former administration boosted relations with Taiwan, a stance thus far maintained by President Joe Biden. For the first time in 40 years, a serving US ambassador, John Hennesey-Niland visited Taiwan. Biden is aiming to internationalise the Taiwan Strait issue and create wider support for Taiwan as a security problem for the Indo-Pacific. But what are the limits of US deterrence and strategic ambiguity in the event that the Taiwan issue turns from a (US–China) ‘competition into direct confrontation.’ While the reinvigoration of the Quad has been hailed, India having a crucial geo-strategic position in the region, must devise its own framework for a free and open Indo-Pacific and not be directed by veiled interventions and groupings. The Quad may appear to be diplomatically advantageous and appealing but will function to serve American interests.

In what seems to be an effort to avoid real strain on US-China relationship in the divergence of the previous administration’s clear position on the Wuhan lab origins of Covid-19, the Biden administration has said that – “it could be the lab or animal-to-human contact,” giving China a pass, despite its uncooperative stance. President Joe Biden’s team shut down a State Department effort launched in the Trump administration to prove the coronavirus originated in a Chinese lab.  Then there are cyber threats and the hybrid threats which are emerging from China. If Biden wishes to see America back in the leadership role, he will have to address these alongside attaining 5G superiority for the future.

Domestically the challenge that Joe Biden faces is that this foreign policy needs to connect with the American electorate. To a large extent, the US public believes that the leadership has broken its tacit social contract under which the American middle class has supported the costs of U.S. global leadership in return for the promise of receiving certain benefits, particularly steady increases in real incomes and the standard of living. The commitment to re-engage internationally as an element of foreign policy is no longer separate from the domestic commitments to the economy and values. While he may take a multilateral foreign policy posture, he is likely to pursue foreign economic policies that serve the needs American middle class. This translates to putting multilateral trade agreements like the TTP and TTPI on hold. The Biden administration has proposed a rule that would accelerate federal procurement policy to require a higher level of American-made products. The ‘Buy American’ policies in addition to hurting China will also affect India and other developing countries.

There is also a sense that the Biden approach may be a temporary reprieve from Donald Trump’s erratic approach. Biden’s ability to make good on his international agenda depends greatly on his ability to overcome the deep political divisions in Washington and beyond and here the jury is very much out. He is working with very thin margins in Congress which are likely to disappear with the midterm elections in 2022. To strike a balance between his predecessor’s popular ‘America first’ and restoring the nation’s somewhat stained image, is key to his continuation. If he hopes to persuade America’s allies that the US is committed to a leadership role, he needs to exhibit that his policies command support at home.