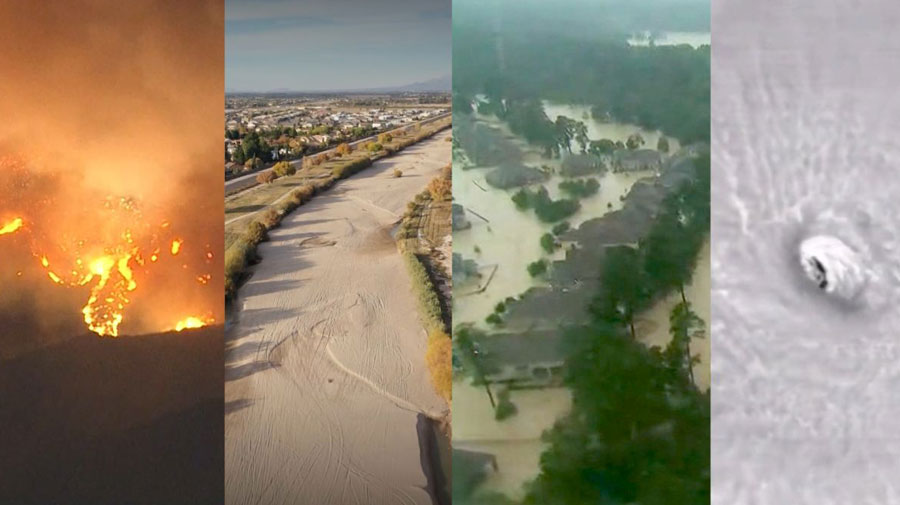 In the year of 1960s, several researchers have enlightened their views on climate change. Later, US President Lyndon Johnson in 1965 expressed his views about climate change on a public platform. Maybe in the same year the US Secretary of State, Henry Kissinger, had addressed – “the problem that science has helped to create, including his worry about the poorest nations being now threatened with the possibility of climate changes in the monsoon belt and perhaps throughout the world.” From that time onwards, it has all begun…

The origin of climate was found in the Greek civilization, the Roman empire (200 BCE- 500 AD), the Ottoman empire (1299-1923 BC), and later the early ages, middle ages up to 1648 – the Peace Treaty of Westphalia during that period the word “climate” has introduced among all. Since the rise of globalization, several scientists, researchers, and climatologists have invented, researched, and published information and knowledge that helps understand the notion of climate change (Jackson & Sorensen, 2003).

Since the 1960s, up to thirty years have been the hottest years of history in climate change. To understand it easily, after the world wars, the rise of realism and neoliberalism have exacerbated the dreadful consequences of climate change. At that period, superpower nations were fully emphasized. They followed their interest in industrialization, military security, arms deterrence, and every aspect that benefits its national interest and security. Most large nations neglected the changing scene of high temperature, rapidly hot seasons, changing monsoons, droughts, heatwaves, wildfires, etc.

From that time onwards in today’s world, we learned about the IPCC’s ( Intergovernmental Panel of Climate Change) recently published a report that declared, “The global temperature may rise by 1.5 degrees by 2030s”. Here within this part, the article will discuss what the difficulties we are facing for the global climate change are –

The rise of global temperature has exceeded the pre-industrial temperature, which was 1.5°C. In 2015 at the Paris climate conference among 195 countries, it was discussed to sustain the global temperature 1°C- 1.5°C and prevent carbon footprints. Especially the largest carbon-producing nations like the US, China, Russia, and India.

Climate change has effects on animals, species, wild animals as well. Researchers have found the sweltering weather will be unbearable for these creatures, and some will dissolve soon. It will adversely affect the ecosystem of the earth.

The global GDP, economic difficulties, poverty, hunger, lesser food security will be our next decade’s frequent scenarios. The rise of extremely high temperatures will affect agricultural sectors—moreover, high population countries like India, China will suffer due to food supply. Also, in several parts of India, half-half a billion people sustain their livelihood in the Agricultural sector. They will be adversely affected.

Another most significant problem, “Global Migration,” will be exacerbated due to these recent climate crises across the globe. Climate scientists have published that climate-associated global migration will increase up to 50 percent by 2050.

The post-1945 international state system was framed by these two doctrines accordingly: realism and liberalism. After the second world war in the US, the rise of behavioralism in IR was supposed to recognize as an academic discourse blended with scientific norms and statistical data. This data, information, and scientific knowledge have been used by the US security forces and foreign policy (Jackson & Sorensen, 2003).

Since the 1970s, the rise of neoliberalism has occurred in international state society to build cooperation, peace, negotiations, treaties, pacts among nation-states. Since the liberal world system has seen various significant difficulties, one of them was climate change. After the industrial revolution, the rapidly rising temperature, hot weather, and severe natural calamities have become frequent and affect the country’s economy, GDP, food security, migration, industry, and many other things. To solve these various climate-related difficulties, countries have cooperated among themselves and organized various climate summits like Kyoto Protocol (1997), Montreal Protocol (1987), Copenhagen Conference (2009), COP1 (1995) up to COP (2019) and COP26 (2022) will help in Uk. These corporations, negotiations, pacts, treaties have been placed to solve the most significant problem of climate change. However, nothing fruitful has been placed yet.

In the 21st-century world order, power coalitions, power conflicts are everywhere. Several treaties, pacts, summits, conferences, negotiations among nation-states (195 countries so far) have not provided any proper solution to end the dreadful consequences of climate change across the world. From the perspective of realism, in recent times, countries are engaged in-between states or among states to fulfill their national interest, national security, foreign policy, and whatsoever which can remain its security and national interest. Developed countries like the US, China, India have relied upon their national interest. For instance, the recent Afghan-Taliban war, border tensions between India-China, the US-China trade war, Iran-Iraq war, problems between middle eastern states, jews problems, also including several multilateral and bilateral disputes among nation-states, and religious-ethnic-socio-economy difficulties, state security, global poverty, hunger, humanitarian crisis were everywhere across the globe. All are trying to create a defense, build their hegemony across the whole international arena.

From the perspective of IR, we can argue the world system inclined its position towards bipolarity between the US and China. Still, there were multiple extensive and minimal powers national states were there. In contrast, colossal powers like India, Russia, UK, Germany, France, Japan, etc., were trying to perform multiple controls that tilted a multicentric tendency towards it.

Since the eve of international state-society Climate challenges, arrangements, negotiations, commitments neglected adversely. According to the IPCC’s sixth amendment report, the high temperature will accelerate beyond 2°C, severely devastating for humans. Nevertheless, international organizations like Greenpeace, Amnesty international are trying to spread climate consciousness, but nothing has worked fruitfully yet.

Finally, the paper can argue that individual countries have not succeeded in meeting their aimed climate goals signed by the 2015 Paris conference; climate change is also a global agenda. If one country fulfills its responsibility to prevent climate change and others will not succeed, nothing will be beneficial. Climate change has exposed the myths worldwide- individual governments and their cooperations, regional associations, global climate conferences, policies were not sufficient to stop the future consequences of climate change. Political leaders are still playing their national security and war and peace cards towards other sovereign states. Behind all these power conflicts, power accumulation, making allies will not be ample to resist climate change. At last, it seems the anarchic dilemma of the international state system was consistently neglected the vulnerabilities of the global climate crisis.

Shreya Shaw
Author is a recent graduate student from Politics and International Studies at Pondicherry University. Currently, she is researching rural parts of Sundarbans climate change vulnerabilities on men and women.
Tags:
Share:
Share this...