Diplomatist > Soft Diplomacy > Home Featured > India @ 75: From Dholavira to Mission to Mars: ICCR’s Performance GALA has it all!

India @ 75: From Dholavira to Mission to Mars: ICCR’s Performance GALA has it all! 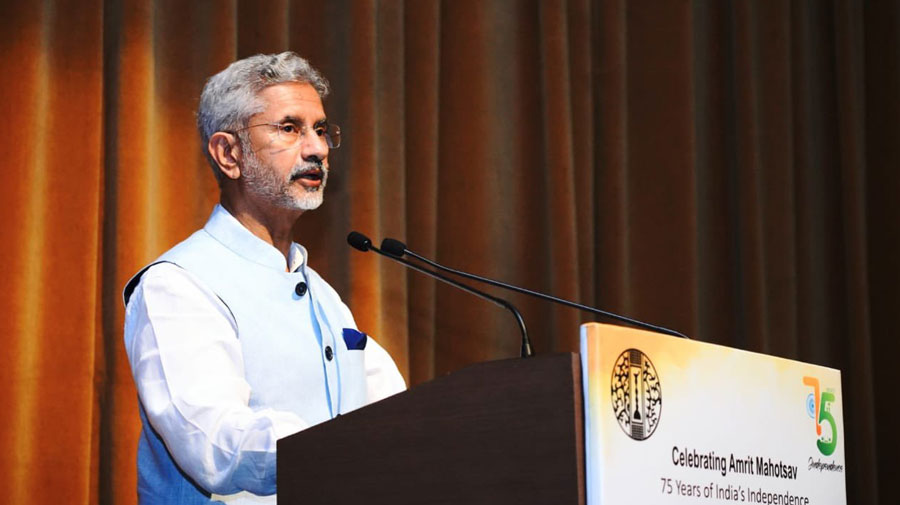 As part of the commemoration of 75 years of India’s Independence, Indian Council for Cultural Relations (ICCR) started the celebrations of Amrit Mahotsav with a galvanising Gala Performance at Kamani Auditorium, New Delhi on 13th August 2021. The specially curated Gala was a tribute to India’s magnificent cultural and civilizational heritage, its artistic wealth, and the technological advances the country has made. The show featured artists from all over India conducting an astonishing range of performances in music and dance, blending the classic with the contemporary in a pastiche of excellence that kept the audience enthralled. Dr. Jaishankar in his speech talked about India’s journey from a ‘Civilization State’ to a ‘Contemporary Nation’. He shared his thoughts on the progress that India has made in all sectors and how it has preserved its heritage, traditions and practices that are getting worldwide recognition. He highlighted the importance of ongoing celebrations of Amrit Mahotsav by the Government of India and paid homage to all Freedom Fighters whose sacrifices have shaped our present. He also talked about India’s role in the ongoing cultural rebalancing of the multipolar world. India, the Temple of Democracy and home to a plethora of cultural practices like age old dance forms, Ayurveda, traditional medicine, Yoga, etc. is using its soft power to lead the world towards a sustainable, equitable, healthy and happy place to live. ICCR and the Ministry of External Affairs along with Indian Missions and Cultural Centres abroad will showcase India’s glorious history and its vibrant present to the world during these Amrit Mahotsav celebrations. A high-quality video of the Performance Gala will be projected by Indian Missions across the globe during their Independence Day celebrations. ICCR will also launch a Global Digital Painting and Poster Making Competition on 15th August, 2021 with lucrative prizes.