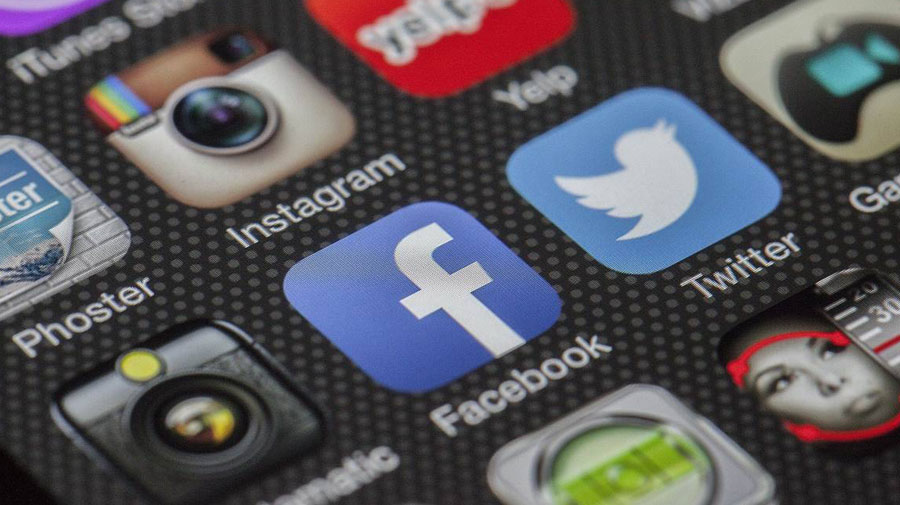 The world has been witnessing a huge spike in the number of internet and social media users. Today, as per we are social, around 4.5 billion people have access to the internet and as many as 3.8 billion people use at least one or more social media apps and networking sites. This implies that a staggering number of people today engage on social media platforms for various purposes and this number is only expected to increase further rapidly. A large number of people today don’t only use social media to stay in touch with their loved ones but also consider it to be a unique platform through which they can get access to new unseen avenues and can connect with the rest of the world. Social media platforms today are excessively used to ‘stay up to date’, i.e. to be in cognizance of ongoing catchy trends including vital aspects like news. A survey by Pew Research Centre found out that as many as 2/3rd of Americans get some of the other forms of news from social media and as many as 42% of them believe it to be largely accurate. Such trends are, to say the least concerning in nature. Social media has not only become a source of news for an increasing number of people but it has also come out to be a space for the politicization of news and for netizens to voice out their views and to reach out to a growing audience online.

Social media has never been of so much importance to politics as it is today and the role played by social media in swaying the political currents and mood is only expected to further solidify as more and more new users keep joining these networking sites and apps every day. A logical and important question that arises then is that what does all of these trends and facts mean for democracies, democratic processes, and democratic values? And whether social media is detrimental or beneficial for democracies? The paper aims to dwell and engage with these questions in detail. The answer to these questions is of course far from being a one-word simplistic answer and a nuanced understanding requires us to take both the negative and positive impacts of social media on democracy into account.

Social Media as an Emancipatory and Beneficial Tool for Democracy

Social media has emerged as an important platform for netizens to discuss and debate. It has also become a platform for activism as it can be a really helpful tool for amplifying the unheard and suppressed voices. There exist thousands of activist pages on various social media applications today and pressure can be mounted on authorities to address issues by simply continuously tagging them on apps like Twitter, forcing them to take action by putting them in the spotlight. Hence, in a sense political parties in power today face a greater pressure of accountability and as a result, have become relatively more transparent and accessible. Due to social media sites, it is way easier today to mobilize people and to organize protests as crucial information about it can be shared just by a touch of the finger. Hence, undoubtedly social media networks have in some sense also aided the process of democratization in certain parts of the world.

The best example of social media aiding democratization has been the Arab Spring or the 2011 series of revolutions in North Africa and the Middle East. The broad demands of the people were to crackdown on corruption and that of greater accountability and transparency. These unexpected and unpredicted uprisings were political surprises not only for the outside world but also within these countries. The uprisings began in Tunisia and soon spilled all over the neighborhood. Although there were many factors behind the Arab Spring, social media played a crucial role in bringing and mobilizing various segments of society to show their outrage and objections against the autocratic regimes. The youth in these countries used social media to inform and mobilize their respective citizens. For example, in Egypt Facebook was actively used during the 2011 revolution for uniting and mobilizing people, and eventually, these protests and unrest led to President Hosni Mubarak being overthrown which brought an end to his 30 years long authoritarian regime and reign.

Social Media as an Enslaving and Detrimental Tool for Democracy

Social media and its relation with democracy have another flip side to it. A side which can damage the democratic fabric and solidify authoritarian regimes. Social media, as discussed above, has aided democratization in certain parts of the world but in certain other parts of the world, it has also become an instrument of social control at the disposal of authoritarian states and regimes which can create their own different worlds marked by isolation from the rest of the world and censorship. Authoritarian states like the People’s Republic of China have mastered this instrument in order to ensure that they retain absolute political control.

An “information cocoon” has also been created by social media sites, that is to say, that the kind of information and news we get to see on social media sites and applications is often fake, partial or incomplete in nature, i.e. they are based on our ideological inclinations and algorithms which show us what we would like to see, hence making it more likely for people to believe such sources. In addition, this bubble created by social media also makes people feel more contemptuous about the flip side of the coin or the rest of the picture at the same time. This sort of profiling and cocooning at a grand scale along with disinformation campaigns can sway elections and can be of a heavy political toll. The example of Cambridge Analytica mining on Facebook data of citizens in certain countries including India for electoral gains of their agent(s) best exemplifies this major concern.

Social media and its rise have also in a way strengthened, emboldened, and aided far-right leaders like Donald Trump and Jair Bolsonaro to come into power. These same leaders openly display their disregard and contempt for democratic institutions and values. At the inauguration ceremony of President Bolsonaro of Brazil, a crowd of his supporters were spotted making unusual and surprising chants, they were not chanting his name or that of his party’s but these people could be spotted chanting the names of social media giants like WhatsApp and Facebook. Some sections of society including a significant chunk of his supporters credited his victory to social media and that is not entirely wrong as a conservative pro-business company funded a massive disinformation campaign that favored Bolsonaro and his conservative policy proposals and views. Many perhaps might find such electoral victories based on social media disinformation campaigns to be unsustainable and unfeasible in the long-term but that’s premised on the assumption that humans often act ‘rationally’. However, this is a very problematic assumption as history is a testament to the fact that humans often get overdriven by emotions and lucrative appealing which might be in fact detrimental to their own long term interests. Hence, social media can actively be used as an instrument of emotional manipulation and further radicalization of conservative views, all of which can have extremely negative effects on democratic societies and structures in the long term perspective as well.

The rise of social media has been complemented by the rise of hate speech and attacks on ethnic, religious, and racial minorities. In Myanmar for instance, the military and Buddhist nationalists utilized social media, especially Facebook, to spew hate against the Rohingya Muslim minority and Muslims in general. That’s not all, Facebook was actively used to demonize the Rohingya Muslims during the military campaign of ethnic cleansing and social media was used as a platform to justify such gross human rights violations. One can notice the same pattern of correlation between the rise of social media and hate speech cutting across various forms and kinds of democracies. The same social media gives space to democratic activists can also be misused by fringe elements and radicalized groups trying to spread their evil ideologies and hate.

To conclude, just like no technology can be labeled as “good” or “bad” but its impact and effects depend on its usage, in a similar manner social media is no exception to this. Social media’s overall impact on democracies is complex and cannot be answered in “or” terms, which means that social media cannot simply be labeled as detrimental or beneficial for democracies and the institution of democracy. However, factors like a good education which promote vigilance and critical thinking faculties can help in ensuring that social media’s impact on democracy remains tilted towards the positive side but unfortunately a significant chunk of today’s world population is not privileged enough and does not have access to such quality education. Although, this is a goal that we should continue to strive for as it can bear fruits in the long term and can minimize certain negative effects of social media over time as public vigilance, education and awareness increases.

Overall, it can be said that social media has come out to be both a force of democratization as well as de-democratization. However, the ongoing trends are concerning as social media is becoming more and more of an authoritarian tool today as authoritarian states like China have overtime mastered the skill of manipulating social media platforms in order to marginalize dissidents at home and to destabilize democracies abroad as well. Although, what has even been a bigger concern for democracies has been as to how authoritarian segments within democratic societies benefit from the nature and power of social media today. In the contemporary world, the social media giants in itself have become a threat to a country’s sovereignty and freedom of speech, the ban on President Trump is reflective of the struggle to draw the fine line between who yields more power- an elected sitting president or rich billionaire corporate elites? If we want to minimize the negative effects of social media and ensure that our democratic values and fabric remain robust, then the only way ahead is to tighten regulations on social media and to fund educational and awareness campaigns.

Yash Sharma
Author is a fourth-year undergraduate student puruing B.A.(Research) in International Relations at the Department of International Relations and Governance Studies, Shiv Nadar University. He is currently interning at the Foreign Policy Research Centre in New Delhi. His research interests include Russian and Eurasian affairs, the intersection of social media and politics, questions of identity, counter-terrorism and national security. He looks forward to pursuing a career in statecraft and International Relations research.
Tags:
Share:
Share this...