Diplomatist > Topics > Agriculture > Home Featured > How is the Indian Agriculture Sector Managing with the Pandemic and the Farm Laws?

How is the Indian Agriculture Sector Managing with the Pandemic and the Farm Laws? 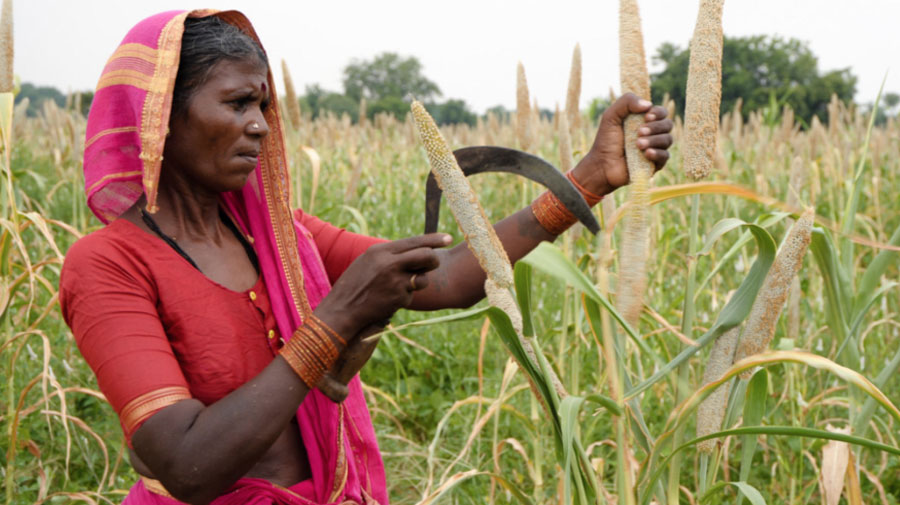 Of late, the agriculture sector has been hugely impacted by the unprecedented conditions caused by the pandemic. Add to this, the twist given by the new farm laws, which have been enacted across the board, though being opposed vociferously by the farmers primarily from Punjab, Haryana and Uttar Pradesh, which they apprehend that it is a neoliberal move, which they think would lead to the loss of traditional wholesale markets and the corporatization of agriculture. Thus, the situation has become more complex and compounded. The production and the marketing of farm produce have been immensely affected by the labour and logistical constraints due to frequent and long lockdowns as dictated by policies of state and central governments taking into account the shocking situations on the ground caused by the pandemic. The pandemic looming large at one hand and the ongoing agitation by the farmers against the new farm laws at the other, has put the agriculture sector into a precarious position as the farm harvests have been reduced, the mandis (rural markets) operations jeopardised and the profits marginalised. While the administration continues to assert that these are the major reforms and would bring more prosperity, the matter remains in question, to whom it will bring wealth? Even though the government claims that these laws will offer better value income for farmers but there are the repeated assertions by farmers that the government should be devoted to procurement processes of Minimum Support Prices.

The High Level Expert Group (HLEG) on agricultural exports, created in 2019, in consultation with the 15th Finance Commission, states that the three Farm Laws are “very important” for the country’s trade policy and agriculture sector, which are: –

These farm laws are in accordance with the wider vision of agri-business plan. These new laws have been widely acclaimed as path-breaking for agriculture as these address the key issues and replace the fragmented, patchy, and piecemeal reforms with a consolidated approach and plan. Farmers, consumers, and businesses will all benefit from the reforms made in the agriculture economy. The key provisions of the laws are to assist small and marginal farmers and allow them to sell their produce outside APMC (Agriculture Produce Market Committee) mandis to whomever they want and there will no tax on this trading system. This will however impinge upon the commission agents of the mandis as they will lose their commissions. The law on contract farming will allow farmers to enter contracts with the agri-firms on pre-arranged prices of their produce. This is likely to help the farmers as the risks associated will shift from farmers to the sponsors or agri-firms. Legislation passed on farm laws will generate competition within the agriculture sector, as well as the bringing in of private-sector productivity, jobs, and technological innovations and finally incorporating supply chain “from farm to the market”, eliminating the involvement of middlemen. Farmers, for the first time in history, who had their constraints on when, where, and to whom to sell, have found freedom as these constraints have been removed in 2020 with the enactment of new laws. Even after adjusting to the problem of inflation for the past two decades, the Indian agricultural income has failed to keep up with the cost of living and production and thus has impacted the small farmers the most.

It is believed that with the new farm laws, it will widen the inequalities with the implementation of deregulation of the agriculture market. Because of this legislation, the lowering of the government’s price system or the Minimum Support Price (MSP), opponents worry that such legislation may end up affecting small and poor farmers and mostly people living below the poverty line. They fear that the MSP system will get dismantled thus harming them. And over the years, the agri-firms and the corporate houses will dictate terms and farmers will get lesser value for their produce. Hence the farmers demand that these three laws be deregulated.

The intention behind the protests

Corporate companies have begun to search for profits and balance their capital which has been lost over these periods. In order to make this possible, they are moving their capital to the agricultural sector on a far grander scale as the farm produce are essential commodities. According to the new regulation’s farmers can sell their goods to private purchasers without the unnecessary bureaucracy and cartels. In January IMF Chief Economist Gita Gopinathan, in a press conference supported the laws levied by the government and conveyed that they will supplement to the increased income of farmers. The farmers have the opportunity to sell their goods in the open market as well as online, which is a significant move in the rapidly changing digital environment. The central government has an explicit vision of making an Agri stack – a dataset which would include profile information of farmers, their identifications, bank accounts, and welfare payments, as well as details on their farms and their locations – with the intent of creating a collaboration between the public and private sectors that will be used for financial returns and monetisation of these data. The government’s vision for the future of Indian agriculture and its well-publicised motto of Doubling Farmers’ Incomes (DFI) by 2022 puts a focus on information solutions.

There is only one beneficiary from all of this: the businesses. Many companies are getting closer to the farmer, not to improve the farmer’s circumstances, but for their own benefit. Costs are being slashed, employees are being laid off, and money is being reduced. Income taken by intermediates, such as merchants, transporters, wholesalers, and retailers, might actually be taken over by larger businesses. To put it another way, there are literally millions of small-scale private-sector farmers who might be easily ousted and replaced by major agricultural enterprises. Hence, India’s agriculture sector is tightly regulated and monitored by the government, and has now been opened for private players, which means that farmers will now be more flexible in their marketing.