Human Rights in Uzbekistan: Achievements and Tasks for the Future 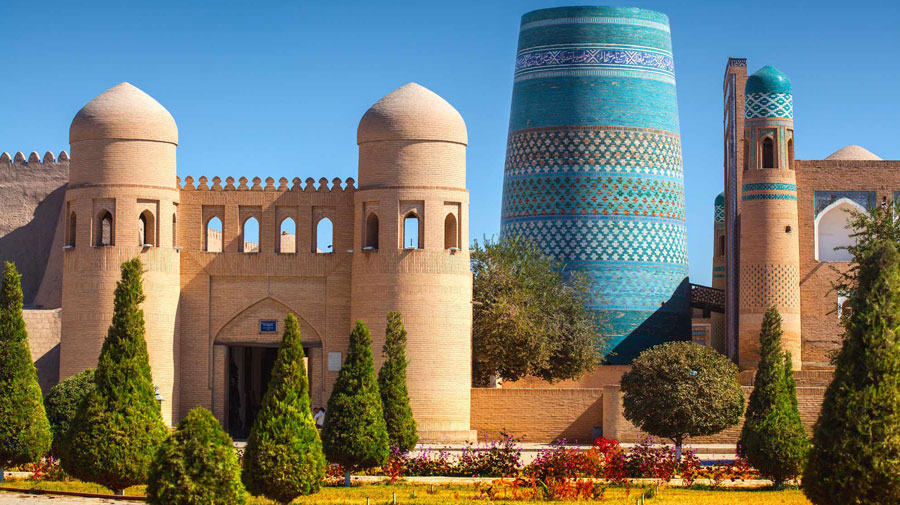 Uzbekistan has been carrying out reforms on the principle of “human interests above all else” and ensuring the proper protection of human rights. Thus, the country has identified human rights protection as one of the priority areas.

The analysis demonstrates that work in this area has a systemic character. The country has made a breakthrough in ensuring socio-economic, civil, and political rights.

First of all, the government carried out outstanding work to eradicate forced and child labor in cotton harvesting campaigns. For many years, it is no secret that these very issues have been a “stigma” on the international image of Uzbekistan. The government succeeded in close interaction with international organizations (including the ILO) and civil activists to eliminate problems in this area. As such, the government carried out significant structural changes in the agriculture sector. The high political will of the country’s leadership played an undoubted role in this. As a result, in its 2020 report, the International Labor Organization announced the end of child and forced labor in the cotton industry of Uzbekistan. According to the organization, the republic has made significant progress in enforcing fundamental labor rights in the cotton fields. The systematic recruitment of students, teachers, doctors, and nurses has wholly stopped. For the first time in ten years of monitoring in cotton-growing regions of Uzbekistan, the Uzbek Human Rights Forum did not record a single case of forced labor.

The following breakthrough result of the ongoing reforms to ensure human rights were transforming the notorious “propiska” system. Society viewed it as an obstacle to citizens’ freedom of movement for many years. President of Uzbekistan Shavkat Mirziyoyev called it shackles on the feet of a citizen and took measures to change it radically. According to the efforts to transform this system, there is a transition to a notification registration system. These measures also favorably affected the property rights of citizens. For many years, citizens from other regions of the country could not buy housing in the capital in their name if they did not have a permanent residence permit in Tashkent. Many citizens had to register their real estate in Tashkent in the name of acquaintances with a permanent residence permit and then live as tenants in their own house. As a result of the reforms, after abolishing the requirement for registration when buying housing, people bought almost 13 thousand apartments in Tashkent – of which 70% were purchased by people living in other cities. The government has also taken decisive measures to reduce the number of stateless persons. Last year alone, 50 thousand compatriots acquired Uzbek citizenship. This year, more than 20 thousand people will receive citizenship.

Uzbekistan has come a long way in ensuring the religious rights and freedoms of citizens. It is no secret that for many years the international community has expressed concern about this matter. The transformations have created favorable organizational and legal conditions to implement the constitutional right to religious freedom. Officials reduced the state duty amount for the registration of religious organizations five times and canceled their quarterly reporting. The Ministry of Justice’s powers to terminate the activities of a religious organization have been transferred to the judicial authorities. The shameful practice of the so-called “black lists” has been discontinued, and the government removed more than 20 thousand citizens suspected of having links with religious extremist organizations from the register and the “black lists,” and abolished the practice of further maintaining such “lists.” In 2017, for the first time in the history of independent Uzbekistan, UN Human Rights Council Special Rapporteur on freedom of conscience or faith, Ahmad Shahid visited the country. Based on his recommendations, parliament approved a Roadmap to ensure freedom of conscience and belief. On the initiative of President Shavkat Mirziyoyev, the UN adopted a special resolution, “Enlightenment and Religious Tolerance.” Another example of the recognition of progress in this area is the complete exclusion of Uzbekistan from the US Special Checklist on Religious Freedom.

Freedom of speech and the media have become the hallmark of the new Uzbekistan. The state made previously inaccessible foreign information resources available in the country. The country opened accreditation for foreign journalists (Voice of America, BBC, The Economist, and others), citizen journalists – the so-called “Bloggers” – have become the new reality of the country. Journalists began to raise previously untouched topics openly, criticism and analysis began to appear more often on the press pages. The President of the country has repeatedly expressed his support to the media representatives and urged them to cover the burning issues. As a result, according to the world press freedom rating of the Reporters Without Borders, the country improved its ratings by 13 positions from 2017 to 2020. It was also indicated in the reports of Human Rights Watch, which in November 2017, for the first time in a decade, had the opportunity to conduct direct research in the country, that under President Shavkat Mirziyoyev, “the situation with freedom of the press has improved, the media environment has entered a stage of changes.” The government has released several previously imprisoned prominent journalists.

Uzbekistan has also come a long way in ensuring citizens’ rights to a fair and public trial. The number of acquittals in courts in 2017-2020 was 2,770. In 2018 alone, courts terminated 1,881 criminal cases for insufficient evidence. The charges against 5462 persons unjustifiably brought forward during the investigation were excluded from the corpus delicti, and 3,290 persons were released in the courtroom. In 2019, 859 persons were acquitted, 3080 persons were released in the courtroom. For a clear comparison, in 2016, the number of acquittals in the entire judicial system was only 28. As a result of the practical implementation of humanism in the judicial and legal sphere in 2019, 1,853 people were released from punishment, including 210 young people and 270 women. Three thousand three hundred thirty-three persons who had served their sentences returned to their families, including 646 convicted for participation in the activities of banned organizations. One of the main achievements in ensuring human rights in the country has been the systematic work to eradicate torture and cruel, inhuman, or degrading treatment or punishment. Strict liability has been established for the use of evidence obtained as a result of illegal methods. Article 235 of the Criminal Code (torture) was brought in line with article 1 of the UN Convention against Torture. Following the recommendations of international organizations, the President of Uzbekistan signed a Resolution on the liquidation of the notorious “Jaslyk” colony in Karakalpakstan. Since March 2019, the Commissioner for Human Rights of the Oliy Majlis of the Republic of Uzbekistan (Ombudsman) has been acting as a “national preventive mechanism.” This mechanism provides for the organization of monitoring institutions to execute punishment, places of detention, and memorable reception centers for studying the provision of human rights and freedoms there, guaranteed by law. When considering complaints and when checking on his initiative cases of violation of citizens’ rights, independence, and legitimate interests, the Ombudsman has the right to visit places of detention and conduct face-to-face meetings freely. Their administration is obliged to provide the Ombudsman with the necessary conditions for unhindered and confidential meetings and conversations with persons in custody. The monitoring groups include representatives of civil society institutions, as well as deputies of the Legislative Chamber and members of the Senate of the Oliy Majlis of the Republic of Uzbekistan. During the pandemic, using personal protective equipment, the Ombudsman also visited ten penitentiary institutions (four penal colonies and six penal colony settlements). Reforms to ensure gender equality and women’s rights have become another important area. The Government of Uzbekistan has developed a Strategy for Achieving Gender Equality for the Period up to 2030. A particular procedure is being introduced, according to which all new draft laws will be analyzed from a gender equality perspective. The creation of a parliamentary Commission on Gender Equality in Uzbekistan in 2019 helped to strengthen women’s position in society and their status. At the level of legislative and state policy in Uzbekistan, mechanisms have been created to ensure and protect women’s rights. The law “On guarantees of equal rights and opportunities for women and men” guarantees the provision of equal rights for women and men to be elected to representative bodies of power and the possibility of nominating candidates for deputies from political parties. As noted by the President of Uzbekistan, “the role of women is great in identifying and timely solving social problems, enhancing the effectiveness of management.” For example, in the 2019 parliamentary elections, a gender quota was applied: elected women deputies accounted for 32 percent of the total number of elected deputies and 25 percent of members of the Senate. This policy is in line with the established UN recommendations. In terms of the number of women deputies, the parliament of Uzbekistan has risen to 37th place among 190 national parliaments of the world over the past five years (it was 128th). The government also adopted laws to protect women from harassment and violence and protect reproductive health.

As already mentioned, Uzbekistan has been carrying out human rights reforms at a systemic, comprehensive level. Accordingly, the state adopted the National Human Rights Strategy on June 22, 2020. It became the first strategic document in the history of Uzbekistan, which defined a set of long-term targeted measures to ensure personal, political, economic, social, and cultural human rights.

Out of the 78 points of the Road Map, authorities implemented 32 in 2020. In particular, the Strategy provides for the adoption of 33 bills, including 20 new ones, of which four new laws have already been adopted: “On Education” (new edition), “On combating human trafficking” (new edition), On employment of the population” and “On the rights of persons with disabilities.” Undoubtedly, the achieved results are receiving the deserved international appraisal. On October 13, 2020, for the first time in history, Uzbekistan was elected a UN Human Rights Council member for a three-year term – 2021-2023. In these elections, Uzbekistan received the most significant number of votes – 169 out of 193 UN member states voted for Uzbekistan.

Simultaneously, ensuring human rights is not static but a dynamic process that requires constant improvement and complete dedication. Based on this logic, one may argue that some tasks remain for the future, which will further improve the country’s human rights protection system. In particular, in the course of work on improving the method for detecting and preventing cases of torture, it is recommended to ratify the Optional Protocol to the UN Convention against Torture. Continuing work to strengthen further the financial and functional independence of the Ombudsman, including the allocation of additional resources for the Secretariat and regional representatives of the Ombudsman, is also a further task. To ensure gender equality and women’s rights, strengthening the criminalization of domestic violence is another issue for discussion. As for some cases of illegal interference in media activities, the government should take further measures to eradicate them further and improve the foundations of freedom of speech. UN Convention on the Rights of Persons with Disabilities ratification is another goal for the state. The government also plans to adopt a Law on the Children’s Ombudsman. Summarizing the above, we can say that the listed facts testify to essential milestones in Uzbekistan’s path of reforms to ensure human rights and recognize the policy pursued in this area by the international community. The country does not intend to stop at the achieved progress and continue to solve the urgent tasks of protecting human rights. I am glad that there is a high political will of the country’s leadership for this. The historical status of a member of the UN HRC will allow Uzbekistan to use international platforms for the exchange of experience and more effective promotion of its initiatives in the international arena.