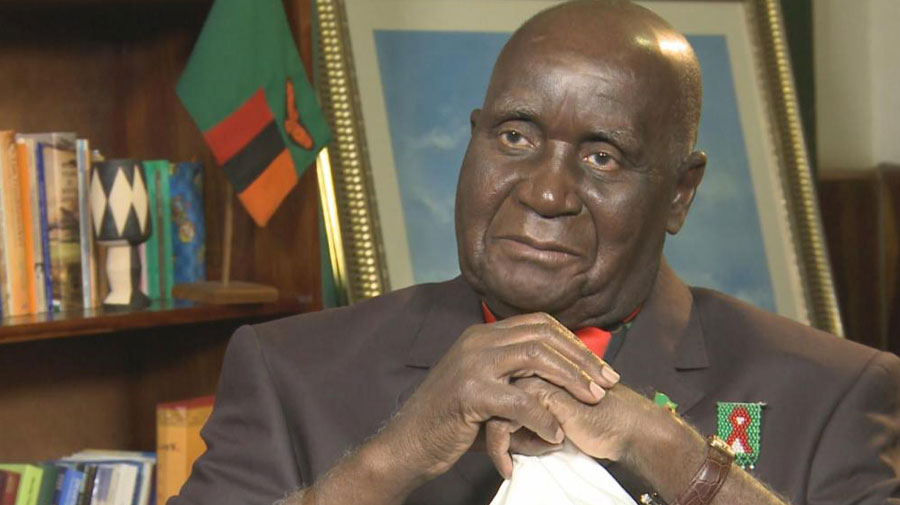 The First Republican President of Zambia, Dr. Kenneth David Kaunda was honoured with the Mahatma Gandhi International Award for Peace and Reconciliation in the year 2012.

Dr. Kaunda was born on 28th April 1924. He was born at Lubwa Mission in Chinsali District, Northern Province of Northern Rhodesia, now Zambia. Youngest of the eight children, his father was Reverend David Kaunda.

Dr. Kaunda worked as a Head Teacher at Lubwa from 1943 to 1945. He later worked at the Salisbury and Bindura Mine. Inspired by Mahatma Gandhi, Dr. Kaunda started a non- violent movement against British rule.

He formed the Zambian African National Congress (ZANC) in October 1958 which was banned in March 1959. In June 1959, Dr. Kaunda was sentenced to nine months’ imprisonment. In January 1960, he was released from prison and elected United National Independence Party (UNIP) President.

In 1960, Dr. Kaunda visited Martin Luther King Jr. in Atlanta and visited him again in July 1961. In January 1964, UNIP won the next major elections, defeating their ANC rivals and securing Kaunda’s position as Prime Minister.

On 24 October 1964 he became the first President of an independent Zambia and appointed Cabinet. Dr. Kaunda started helping other countries to gain independence. Liberation movements from Zimbabwe, South Africa, among others stayed in Zambia to mobilise. Zambia suffered armed attacks for protecting freedom fighters especially from the British Rule. Dr. Kaunda was also among world leaders that put pressure in pushing for the release of Nelson Mandela from prison in South Africa.

The Late Mandela visited Dr. Kaunda after being released from prison. Dr. Kaunda had ten visits to India, beginning in 1967. Among other leaders of India, Indira Gandhi, paid three visits to Zambia as Minister and later Prime Minister during Dr. Kaunda’s reign.

Dr. Kaunda allowed for the building of Mahatma Gandhi Secondary School in Lusaka City because of the inspiration he got from Mahatma Gandhi. India recently announced plans to expand the infrastructure at the school. In 1991, Dr. Kaunda left office to Dr. Fredrick Chiluba following a peaceful election. Zambia has changed six Presidents through peaceful elections.

The bilateral relations between Zambia and India have remained cordial since their establishment in 1964.

Over the years, India has provided substantial economic assistance to Zambia. During Dr. Kaunda’s time, in 1979 and 1982, India extended credits worth 3 Million US Dollars.  In 1989, India sent railway wagons costing about 1 Million US Dollars to Zambia under the Africa fund.

How India is Mourning

According to a Tweet by the Presidential Palace Rashtrapati Bhavan, Mr. Kovind recalled that he was privileged to meet Dr. Kaunda in April 2018 during his State Visit to Zambia.