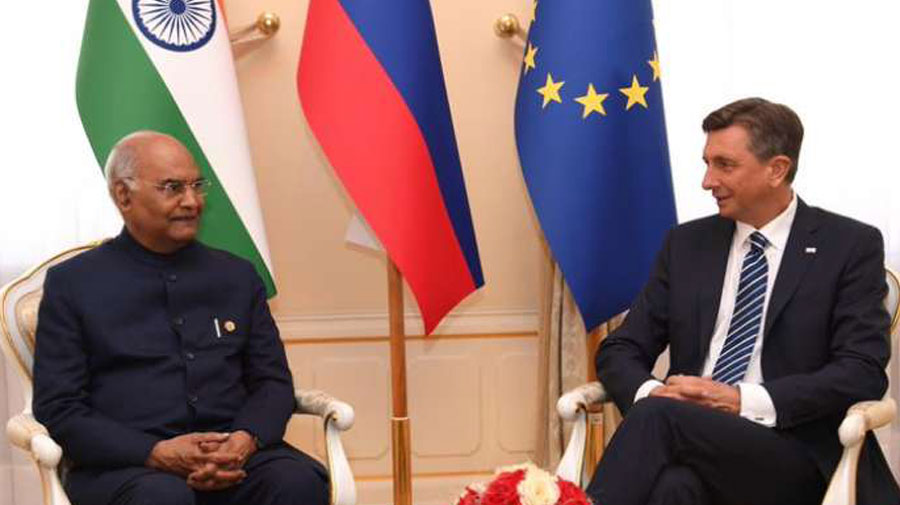 Since the establishment of formal diplomatic relations in 1992, India and Slovenia have been ideal trans-continental partners, exchanging and sharing their interests in trade, investment, science, technology & culture. As Slovenia’s 30th year of Independence approaches, both countries look forward to extending relations beyond current areas of collaboration. Over the years, with emerging advancements in science and technology revolutionising the industrial world, technological cooperation has appeared to be an avenue of potential in India-Slovenia relations. High-Tech, for its cutting-edge innovation, and Clean Technology, as a carbon-less mode of production, are in the limelight due to its alignment towards modernisation as well as sustainable development.

Why High Tech and Clean Technology?

If oil was “Black Gold” in the 20th century, data and technology are dubbed as the “New Oil” of the 21st Century. On the same front, High Tech and Clean Technology are the future of the world. In the digital age, High Tech capabilities such as Artificial Intelligence (AI), Robotics, Cloud Computing, Internet of Things (IoT), etc, have not only changed the lifestyle of people, but also the means and methods of production. Clean Technology, on the other hand, has focused on protecting the environment and preserving its resources for posterity; without compromising on efficiency. Whether it is renewable energy, green transportation, or recycling, clean technology has strived to instill responsible industrialisation. Remarkably, a stand-out feature is that high-tech and clean technologies have looped in innovation and environment on the same plane.

India has etched itself as a High-Tech manufacturing hub, with its IT industry alone contributing over $150 billion every year. From Apple to Microsoft, all major multinational tech companies have set up shop in India to tap its large talent pool and cheap labour. Through initiatives like “Make in India”, India attracted foreign investments for developing and manufacturing high-quality products ranging from smartphones to software utilities. India also hosts the 3rd largest start-up ecosystem in the world with 21 companies valuing over $73 billion, most of them dealing in frontier technologies such as AI, nanotechnology, etc.

In Clean Technology, India has grown as a leader in implementing renewable energy, particularly in solar and wind power. As of 2019, India was ranked fifth in wind power and solar power, and fourth in renewable power installed capacity. In addition, a UK-based analytics firm, British Business Energy, ranked India 3rd for its clean energy investments and plans worth billions of dollars. Unsurprisingly, by achieving renewable energy generation of 38 percent in 2020, India is tipped to exceed its 2030 target of 40 percent per the Paris Climate Agreement.

Slovenia has been a strong European industrial force concentrating on high-tech mechanisms such as AI and Robotics. AI and robotics have been a beneficial venture that has made the country one of the top destinations for research and development in Europe. A breakthrough for AI research in Slovenia was the establishment of the International Research Centre on Artificial Intelligence (IRCAI) in Ljubljana under the auspices of UNESCO, which aims to nurture unique AI technologies from across the world and utilise its expertise to assist countries in achieving AI efficiency. Incidentally, Slovenia is also a leader in robotics in Central Europe and is instrumental in utilising robots in the Automobile industry. Seeing Slovenia’s prospects, Yaskawa, one of the world’s largest robot manufacturers had established a factory in Kocevje, Slovenia to serve the entire European market. Plus, through the “Invest Slovenia” campaign, the Slovenian Government envisages tech and robotic companies from around the world to invest and produce high-tech products, catering to both domestic and international markets.

Slovenia’s prowess in clean technology is exemplified by its recycling industry. Recycling is a sector where Slovenia leads the world. Slovenia’s capital Ljubljana was recently accredited as the first European Capital to commit to going zero-waste. Home to one of Europe’s largest waste treatment plants, Ljubljana recycles over 75 percent of its waste with state-of-the-art technology that generates approximately 60,000 tons of fuel, 7,000 tons of compost, 17,000 megawatt-hours of electricity, and 36,000-megawatt-hours of heat. Owing to such efforts, in 2020, Slovenia was ranked third amongst the top 10 OECD countries with the most recycled waste. Inter alia, in its National Energy and Climate Plan (NECP), submitted to the European Commission in 2020, Slovenia proposes to invest more in renewable energy, mainly solar and wind power to reduce its reliance on fossil fuels and comply with carbon emission standards as per the EU Regulation on the Governance of the Energy Union and Climate Action, 2018.

India and Slovenia have ample scope in high-tech and clean technology cooperation. Since 1995, India and Slovenia have cooperated in Science and Technology through the Programme of Scientific and Technological Cooperation. The programme allows scientists from both countries to work in joint projects, exchange research, and strengthen relations between scientific communities. From 2019 onwards, Slovenia also plays a key role in the Clean Ganga Initiative of the Government of India. Through Memorandum of Understandings (MoU), Slovenian Space Companies (Space SI & VGB) in association with IIT Kanpur monitor pollution and water quality of River Ganga via space mapping and remote sensing.

In terms of developing advanced technologies, Slovenia and India are emergent powers with adequate tenacity to scale greater heights. Both countries are blessed with premier institutions such as IISC, IIT’s, NIT’s in India; or IRCAI, Józef Stefan Institute, the University of Ljubljana in Slovenia, that add significant research impetus to AI innovation. Both India and Slovenia are competent in assisting futuristic AI projects in sectors ranging from data collection to weather and space. Slovenian Robotic companies also have fruitful prospects to invest and trade in India. They can be instrumental in modernising India’s large automobile industry and its critical health care sector by adding advanced robotic equipment. Emerging Indian tech companies could also utilise the Free Trade Zone in Koper Port in Slovenia to inject their products duty-free into Central European markets.

An important sector where India can make noteworthy strides is solar and wind energy. As per its NECP, Slovenia intends to generate at least 27 percent of its total energy from renewable sources. As a result, Slovenia aspires to develop solar and wind power stations, and generate more than 2000 Gigawatt of power by 2030. India being a proven leader in solar and wind energy could support Slovenia in achieving its climate change obligations by planning and investing in solar and wind energy projects. Accordingly, India could encourage Slovenia to join the International Solar Alliance as part of its efforts to globalise and popularise solar power. Furthermore, Slovenia could assist India with the technology to recycle household and plastic waste, an area where India currently needs improvement.

India-Slovenia ties look vibrant and dynamic in accommodating the future needs of the economy and society. With Slovenia set to preside over the Council of the European Union, beginning July 1, an important agenda in the cards is to restart the long-pending India-EU Free Trade Agreement (FTA) negotiations. The FTA would be beneficial in furthering India-Slovenia relations by enhancing free-flow of investment, transfer of technology, and know-how. At this juncture, there is a promising future for cooperation between India and Slovenia in areas such as AI, Robotics, Recycling, and Renewable Energy. In the coming years, cordial relations between the two countries are set to elevate with high-tech and clean technology expected to steal the show.