Revisiting Security Cooperation in the Geopolitical Construct of the Indo-Pacific 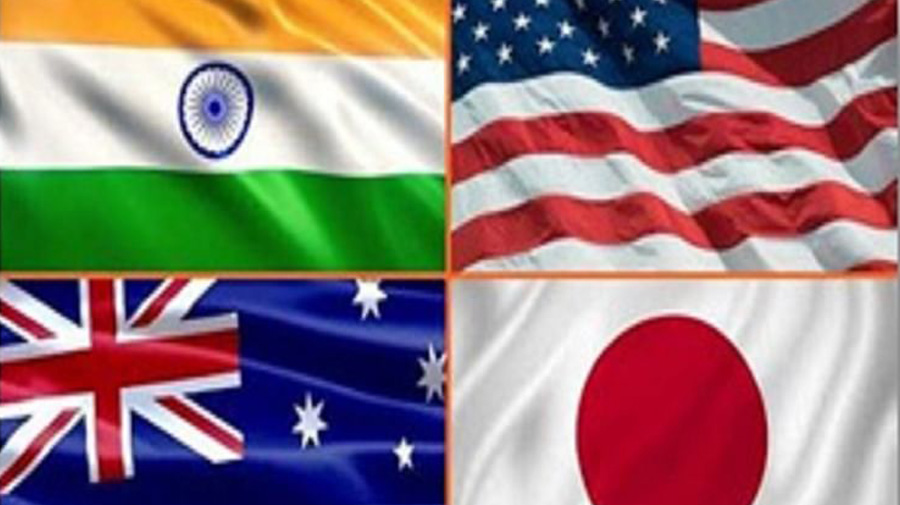 In the year 1920, Karl Haushofer, a German geopolitical philosopher predicted Asia at the centre of the geopolitical narratives in the times to come. He coined the term Indopazifischer Raum (Indo-Pacific Space) which today translates as the ‘Indo-Pacific’ region. Post 9/11 as the U.S. and its allies focussed on their ‘war on terror’, China’s economic and military rise went unnoticed for a couple of years. In the contemporary narratives of strategic studies, the attention of the world shifted to ‘Indo-Pacific’ after Booz Allen Hamilton’s report “Energy Futures in Asia” highlighted how Beijing’s Projects surrounding India could potentially translate into its future military bases. He coined the term ‘String of Pearls’ which were indicative of the future offensive and the defensive power projections of China.

In 2005, the establishment of the East Asia Summit provided a platform for Japan, India and Australia to share their common concerns on the side-lines of official discussions of the Summit. This paved way for the narratives to change from the Asia Pacific to Indo-Pacific. The geostrategic linkages between the Indian Ocean and the Western Pacific were explored in 2006 during institutional dialogues between Indian Institute for Defence Studies and Analysis (IDSA) and the Japan Institute for International Affairs (JIIA) in New Delhi. The security connection that was established between the two countries was reflected in Japan’s then PM Abe’s address to the Indian Parliament on the ‘confluence of the two seas’ wherein he proposed the ‘Arc of freedom and prosperity’ comprising of U.S., Australia, India and Japan. Also, the role of the U.S. is important because it took the lead amongst the four to ensure that the world community becomes aware of the dangers posed by China. Hillary Clinton in her capacity as U.S. Secretary of State recognised the construct for the first time. Later, US PACOM Commander used the phrase ‘Indo-Asia Pacific’ and President Truman altered the terminology to Indo-Pacific stressing the new dimensions of its strategic partnership.

As the term ‘Indo-Pacific’ combined the Indian and the Pacific Ocean into a single regional construct identity had immediate consequences. It irked the Chinese establishment and was followed by warnings for India not to attempt to balance against it. Later, as China rejected the ICJ rulings and expressed its fears for its ‘Malacca Dilemma’, it resulted in hostile behaviour towards the four countries which strengthened the security linkages between them. Over time in 2012, China announced its OBOR and gave infrastructural loans to the countries of South Asia which are turning into serious debt traps. In order to counter the initiatives of Quad, China has rechristened its Maritime Silk Road (MSR) initiative as “Indo-Pacific with Chinese characteristics”. Also, its civil-military technological integration and changes in its 2019 White Paper which stressed upon the transition from ‘defence on the near seas to protection missions on the far seas’ demonstrated its intentions for future maritime operations also reflect its belligerent nature. For this purpose, it aims to achieve maritime superiority with the world’s largest naval fleet along with special arrangements at the ports for refuelling at Pakistan, Seychelles and Myanmar. It is also in the process of building container port facilities in Bangladesh for both merchants as well as its naval facilities. The presence of its nuclear submarines and research ships only exacerbates the situation. Most recently, China has officially taken over the Colombo port city raising fears of similar debt traps in Pakistan, Myanmar, Djibouti, etc. Strong resolves and actions are thus necessary.

An important point that cannot be missed out is the growing acceptance of the Chinese threat on the part of Australia and India. A cascade of icy moments with China has reawakened the realism that was lying dormant probably since the last decade. In 2013, Australia released its Defence White Paper which had its official stand on the Indo-Pacific region which received further impetus in the 2016 and 2017 Defence White Papers. The narratives of an ‘Asian Century’ thus faded in the backdrop of the fast-changing geopolitical realities. Most recently, Australia banned the high-risk vendors (read Huawei and ZTE) from building its 5G networks and has taken initiatives to strengthen its espionage laws. For India, Doklam and Galwan made the strategic experts reorient their policies towards a belligerent China. It has to be noted that previously India was hesitant to accept the reality and shied away from it by turning towards China and giving diplomatic justifications to it that it did not perceive Beijing as a threat, the aforesaid developments gave birth to a new resolve under the able guidance of PM Modi and CDS Bipin Rawat. Today, India aspires to build up its sea denial capabilities in order to protect its SLOC as well as critical chokepoints. The establishments of new commands with increased joint operations are all moves to counter not only China but also the Sino-Pak collusive threats.

Against this backdrop, one can trace the trajectory of the Quad towards possible institutionalization in their resolve to protect the Indo-Pacific. The first additional secretary-level meeting of the Quad was held in 2019 which was followed by the first joint Quad exercise in 2020. This early year witnessed the first Quad leaders’ virtual summit which broadened the aspects of security to include cooperation on Covid-19 vaccines, supply chain resilience as well as climate change apart from the usual rhetoric of freedom of navigation and high seas and maritime exercises to boost interoperability. Having said that, one can strongly put forward that the importance of the Indo-Pacific region, as well as Quad, has increased all the more and it becomes imperative for India to prepare itself strategically, militarily as well as a doctrinal level to counter Beijing’s encirclement.