A Piece of Paradise in Central Europe 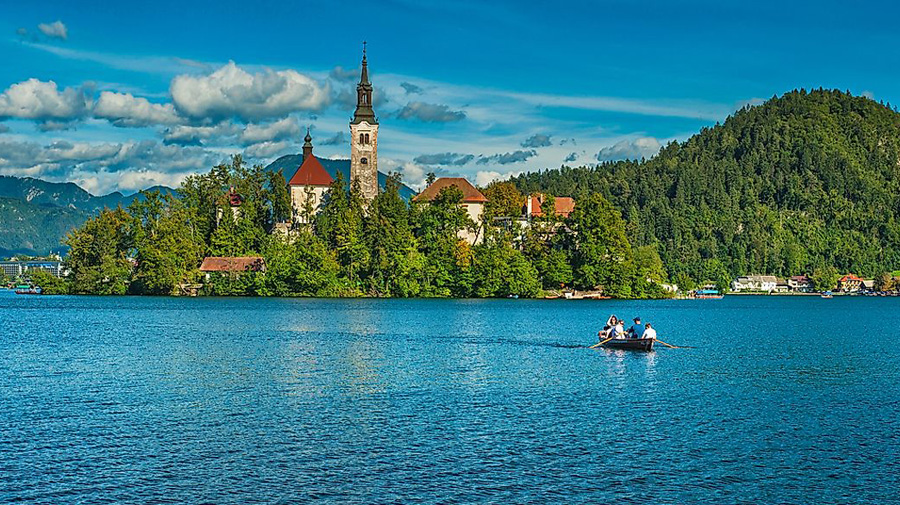 My idea of Paradise is a pretty place with mountains all around, a small population, totally peaceful, wonderful monuments not only of history but also of poets, church bells ringing occasionally, charming golf courses, no political rallies and demonstrations, clean roads and wonderful cuisine, easily accessible from my home and some friends from a previous era to relish past associations. My accreditation from Austria to Slovenia was, therefore, a dream come true. Austria itself was a peaceful and orderly place and only my work at the International Atomic Energy Agency (IAEA) added tension and excitement to the post. Ljubljana was just three hours away and after every tense session of the IAEA Board of Governors, I escaped to the peace and tranquility of Slovenia and stayed not in the city, but in nearby Bled, where President Tito’s palace gave us refuge.

India’s intimate Nonaligned Movement (NAM) linkage with Former Yugoslavia was still fresh when I was appointed to Slovenia. Two former diplomats of Yugoslavia, with whom I worked at the UN in New York were close comrades and both of them reached dizzy heights in Slovenia after it became independent. Ignac Golob, as the Permanent Representative of Yugoslavia, was an important figure in the diplomatic community in New York. He characterized our relationship as “combative cooperation.” Yugoslavia, India, Algeria and Cuba were known as the “Gang of Four” in the NAM, which was fire fighting for unity and integrity of NAM. After he returned to independent Slovenia, Golob joined a Pensioners’ political party and became part of the ruling coalition as the Foreign Minister, a position he adorned with great distinction. Another colleague in New York, Danilo Turk, later became President of Slovenia and made it a point to meet me in New Delhi when he was there on a state visit.

Golob was my guide and guardian throughout my tenure as ambassador to Slovenia and he helped me to establish contacts with the high and mighty in Slovenia, including President Kucan. He helped me with the only two “crises” I faced in my three years in Slovenia. The first related to a vote in the UN on self-determination. This is a hardy annual in the Third Committee of the UN when a resolution, asserting the applicability of self-determination to all peoples, as stated in the UN Charter. But India and some other countries believe that self -determination is applicable only to people under foreign or colonial occupation. As a small country, which became independent from Yugoslavia through a process of self-determination, Slovenia has been supportive of the resolution in the Third Committee. India campaigned actively against the resolution in New York and I was asked to secure the support of Slovenia for our position. I made a special trip to Ljubljana to meet Golob, even though I knew the Slovenian position. He explained the position and said that he would not be able even to abstain from the resolution. But he said that he would do his best to help out a friend. I was delighted to know after the vote that the Slovenian representative was absent at the time of the vote. This was an unusual gesture, which India appreciated.

The other issue was even more delicate. India invited President Kucan to visit India and we had made all the preparations for the visit, including what he would say on India’s candidature as a permanent member of the UN Security Council. But just two days before he was to leave for India, India made a request for postponing the visit on account of some inconvenience. I had already reached Ljubljana to meet the President the next day when the message arrived. I immediately contacted Golob and asked for his advice as to whether I should meet the President or simply return to Vienna after leaving a message. Golob sprang into action, conveyed the news to the President and said that the President would receive me at the appointed time. He received me graciously and told me that he understood the situation and looked forward to rescheduling his visit on a mutually convenient date. Sadly, the visit never took place.

A responsibility I had in Ljubljana was a relic of the NAM days, an Institute for Public Enterprises which was set up when Slovenia was a part of Yugoslavia. The Institute continued in Ljubljana under the leadership of an Indian national and India was a major contributor to the Institute. I proposed that Slovenia should take over the Institute and prepared the ground for it before I left. Slovenia may have taken it over later.

Concurrent accreditation of ambassadors to neighboring countries is largely ceremonial and there is very little possibility of doing sustained work during short visits. It was in recognition of Slovenia’s importance that India decided to establish an independent mission there with a full-fledged ambassador, who must be enjoying her stay in Paradise, which my successors in Vienna lost.

Ambassador T P Sreenivasan
Author is former Ambassador and Permanent Representative of India to the United Nations, Vienna and Governor for India of the International Atomic Energy Agency, and Ambassador to Austria and Slovenia.
Tags:
Share:
Share this...