Port of Koper: An Entry Point for Cargo from India 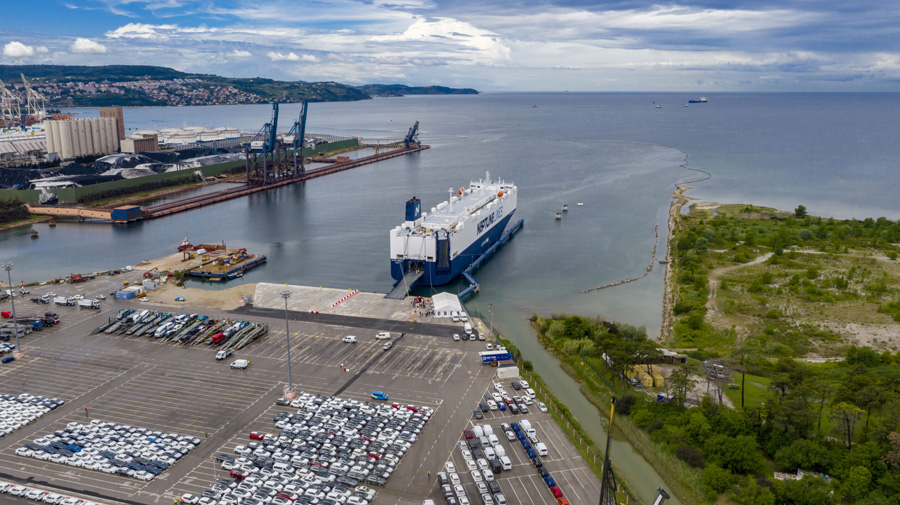 Port of Koper is considered a state limited company that renders harbor and logistics assistance in “Koper”, the exclusive Slovenian port that is located in the north part of the Adriatic Sea, which joins principally, markets of Southeast, central Europe with the Mediterranean Sea and the Far East. The port is located at the apex, where the Mediterranean most profoundly seeps into the European mainland. It is a multi-purpose port, decked and equipped for handling and warehousing all kinds of goods. The movements of the Port include the administration of the port area, the administration of the free zone area and the role of the terminal operator.

Since the time of the Roman Republic, naval trade has performed a crucial role in the development of Koper. The partition of the Trieste Free Territory led to a mass exodus by ethnic Italians residing in Istrian coastal towns. Overlooked for more than two centenaries, their commercial potential was weak and their businesses out-of-date. The naval commerce and business were stringently confined to domestic requirements. In 1957, a group of enthusiasts developed an investment agenda for the construction of 135 meters of Koper’s northern shore considering the potentials for the establishment of a global seaport. Hence, the new venture was set, hiring local workers whose expertise was vital in the business of this new and bold move.

In 1958, the Port of Koper was ultimately allowed to join the Association of Yugoslav Ports accepted the state approval for its financing programme where due acknowledgment was on cards.

In the 1960s, there was rapid growth with increased imports of rice, wheat, etc. Since then Koper gained the trust of its foreign partners and recorded enhanced growth. Due to its positive state opinion and outstanding performance, the Koper line was formally consolidated into the state rail network. However, between 1970 and 1980 led to a slow down in rises in cargo. The period between 1980 and 1990 was extremely critical in the development of Koper. This period marked the beginning of the major shipment of cars, a trade that over the times was to expand into one of the most critical domains of business. From 2000 to 2006, vehicles, timber, etc. has doubled and general cargo has expanded by over 50 percent. In 2017, the port celebrated its 60th anniversary.

In the contemporary era, the growth in container cargo and vehicles has been of demanding value to the prosperity of the port and will continue among the company’s fundamental imperative growth bearings through the subsequent years. Likewise, it is now a transit anchorage, assisting more further than 70% to non-domestic hinterland businesses and fewer than 30% to the Slovenian business. The port actually has a more large-scale European function and benefit because to get the goods to certain destinations, a good association with the hinterland is a requisite. One of the port’s principal services is a great railroad network and frequent train links.

Notwithstanding developing in a time where imports were growing, it was challenging to attract business from the instituted anchorages in the area like the Port of Trieste and Port of Rijeka. The railroads are joining the port with all central hinterland markets such as Slovakia, Germany, Austria, Hungary, the Czech Republic, and Italy, etc. The Port has a vital geographic location in the North Adriatic region and consequently significant prospects for preserving its hinterland Central European businesses. Also, the port measures the port’s administration through different aspects in courses of general quantitative information on cargo dimensions as well as operations performance, financial pointers, environmental impacts, etc.

Today there is an increase of ships of over 7,500 twenty-foot equivalent unit (TEUs), where a higher margin for ship-owners are sending their ships to carry vessels on the central Asia-Europe, East-West, and Asia-North America routes. Current projects and possible investments are necessary actions within the construction of the port heightening its production and enhancing the business share. The Port of Koper has also started an expansion plan intended to enlarge its container handling operations and enhance capability where the first phase is supposed to be completed by March 2021.  The port aims to expand the potential to 2 million TEU by 2030 and will strive to transport 60-70% of the cargo by railroad.

By 2025 the port has steadily focused on the selection of modern technologies to improve capacity and render dynamic, secure and high-quality assistance. During an important 2019 business delegation at Koper port, India aimed to set up a direct container shipping line with Koper that will permit an increase in cargo movement. In this context, both the countries can also co-operate on the first Indian initiative such as the “International maritime services cluster” at the GIFT city by Gujarat to enhance their cargo movement. The port can also help connect India with other European nations. The Sagarmala project put forth in 2019 is a great step in this direction, which can also magnify the blue economy of India furthermore. Public-Private Participation (PPP) likewise is highly crucial for establishing state-of-the-art facilities and increased capacity building as the Government of India is advancing towards port privatization with proposals for seven PPP port projects during 2021-22. In the 2021-22 budget, the finance minister announced an investment of Rs. 2000 crore and proposed a grant support scheme of Rs 1624 crore in global tenders by Ministries for the next five years to Indian shipping businesses. Apart from this, the Major Ports Authority Bill put forth in 2020 proposes to augment the performance of the country’s principal ports by facilitating decision-making autonomy.

The Koper port should aim to effectively assist the high-volume Indian commerce with Europe, which is presently being managed by other anchorages. India and European Union (EU) share values created on rule of law due to the same democratic realm and Slovenia in this way is very enthusiastic about heightening partnership at the EU level. For Slovenia, India is a very attractive ally for trade and logistics collaboration and the post-COVID globalized world will require more extended attention on this aspect, as political and economical engagement in Indian foreign policy will play an important role.