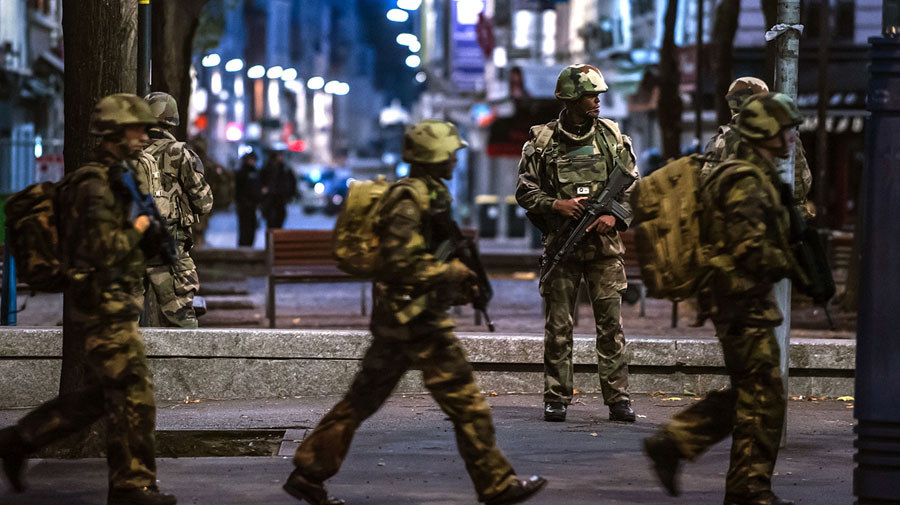 Have the counter terrorism initiatives, strategies undertaken, and the policies evolved by India post 26/11 Mumbai blasts resulted in containing the terrorism effectively or have these achieved limited success or have these been a failure till date? It’s a moot question.

Over the period of time, India has become one of the world’s most constant targets of terrorism with its spectrum ranging from religious extremism in J & K, Naxalism in the heartland, insurgency in North-Eastern states of Assam, Nagaland and Manipur and cross border terrorism unleashed sporadically from neighbouring countries. The 2001 attack on the Indian parliament, 2002 attack on Akshardham temple, 2005 Delhi bombings, 2006 Mumbai train bombings and Varanasi blasts, 2008 Mumbai attacks, 2010 Maoist attack in Dantewada, 2013 Naxal attack in Darbha valley, Chhattisgarh, 2016 attacks on military camps in Handwara, Uri and Baramulla, 2019 Pulwama are just a few of the numerous attacks by terrorists. We may call them terrorists or militants or insurgents or extremists but unleashing the violence and terror is one of their major modus operandi.

The Mumbai attacks of November 2008 were carried out by the dreaded terrorist organisation Laskar-e-Taiba (LET), supported by Inter-Services Intelligence (ISI) of the Pakistan army which had strong links with Al-Qaeda. The LET and ISI nexus were clearly visible in the attacks, however, vociferously denied by the adversary. The attacks drew worldwide attention because of the sheer audacity and boldness with which the terrorists struck terror in the heart of Mumbai creating a situation of panic, chaos, confusion and fear for several hours. The strikes became one of the most dramatic and horrific terrorist strikes in India. November 2008 (26/11) attacks highlighted the failure of Indian security apparatus to analyse and anticipate the terrorist plans and there were gaping holes noticed in readiness of task forces; movement of such forces; communication infrastructure and overall command and control structure to take decisions and quick implementation without wasting time as it is a premium commodity in operations taken to counter terrorists’ actions.

With wide-ranging acts of terror and violence is geographically spread almost all over India; overt acts of terrorism primarily centred in North, Central and North East India and sleeping cells carrying out covert actions in metropolitan cities and distant corners. Indian counter-terrorism strategies and policies have to combat effectively with religious terrorism, Leftists’ Naxalism, insurgencies in NE India, narco-terrorism and ethno-nationalistic acts of terror. To protect the land and its people, India must have counter-terrorism capabilities such as seamless and proficient communication infrastructure, robust and reliable intelligence network, well trained and equipped counter-terrorist security forces.

Given the geopolitical location of India, it shares its international borders with several countries which have been used as launch pads, getaways and safe havens by terrorist groups, the emphasis has switched from domestic rebels to terrorists supported, aided, and funded by hostile nations. The challenge for India’s security organisations, therefore, is to combat an invisible and mostly unidentifiable enemy whose aim is not only to kill its citizens and destroy its institutions to create terror and panic but also to win the hearts and minds of its sympathisers and indoctrinate neutrals to its philosophies and ideologies.

Terrorism is a strategy, and it seeks to achieve political aims through violence, while someone may utilise a particular form of political violence as a tactic to gain more attention. Since terrorism is backed through financial funding and training from across the border, it has become a serious danger to India’s security, unity, and integrity. The government must respond by strengthening border security, providing adequate and state-of-the-art arms and ammunition, robust communication network and smart technologies to the armed forces who are guarding our border. The terrorist activities in J & K that occurred in the 1990s began as a result of the outstanding ethnic, religious, territorial and ego conflicts between India and Pakistan over Kashmir. The Pakistani terrorism spilling across the border has its origins in the longstanding struggle over Kashmir between the two nations since 1947. Another outcome of this is that the violence that Pakistan itself produces – including terrorist acts, terrorist organisations using terror as a tactic, and even state-sponsored terrorism – is being diverted into the hands of the state and exploited for political aims. Both now and then, the country has been waging war against India without fear which has turned into a proxy war from time to time. Terrorism can be both referred to a crime as well as a type of “war crime”, when referring to Pakistan’s policy towards India.

The violence which has been inflicted by Pakistan has been on territorial fronts, which has pushed the two nations against one other. As Pakistan lost all the wars it has since concluded that it cannot beat India in a conventional conflict/war. The result of it was to turn to unconventional warfare or proxy warfare.

According to Prevention of Terrorism Ordinance (POTO), 2004, whoever with an intent to threaten the unity, integrity, security or sovereignty of India or to strike terror in the people or any section of the people does any act or thing by using bombs, dynamite or other explosive substances or inflammable substances or firearms or other lethal weapons or poisons or noxious gases or other chemicals or by any other substances (whether biological or otherwise) of a hazardous nature or by any other means whatsoever, in such a manner as to cause, or likely to cause, death of, or injuries to any person or persons or loss of, or damage to, or destruction of, property or disruption of any supplies or services essential to the life of the community or causes damage or destruction of any property or equipment used or intended to be used for the defence of India or in connection with any other purposes of the Government of India, any State Government or any of their agencies, or detains any person and threatens to kill or injure such person in order to compel the Government, is an act of terrorism.

From 2015 till the present, terrorist organisations have attacked Indian Army posts, and troops with fatal Fidayeen strikes. Pakistan has extended support to terrorist organisations, delivering them arms, funding for training, and ideological indoctrination in order to enable terror acts in India. On September 18th, 2016, Jaish-e-Mohammed terrorists carried out an attack on an Army brigade at Uri, resulting in the deaths of 19 soldiers. In response, India announced that the SAARC summit would be delayed and carried out surgical strikes across the Line of Control to demolish terrorist launch facilities, purportedly killing many militants. The policy which is being followed by Pakistan towards India is “inflicting thousand cuts towards India”, for the sole purpose of destabilising and creating turmoil in our country.

Following the Uri terror assaults, in which Jaish-e-Mohammad militants launched simultaneous strikes on Indian military facilities, the Indian government took a major leap forward in its counter-terrorism strategy. It conducted a precision attack in September 2016 and obliterated several terror training centre across the border. The terrorist organisation avenged India’s harsh CRPF position by killing about 40 of our troops with the aid of a local suicide bomber. India carried out a precision “Air Strike” in Balakot, Pakistan, on February 26, 2019, after twelve days after this horrendous death. In other words, India has demonstrated that it will no longer hold the police of defensive strategy in its efforts to combat terrorism.

The Unlawful Activities Prevention Act (UAPA, 1967), amended in 2019 has enhanced, improved, and has been equipped to deal with terrorism in all of its forms for the safety of the country. National Security Guard (NSG) has been placed in many cities other than Manesar for a quick response towards the threat and for the security of the country. On the other hand, National Intelligence Grid (NATGRID) was first formed in 2009 with the signing of MoU in collaboration with the National Crime Records Bureau (NCRB) to fight terrorism. Mr. Narendra Modi, Prime Minister of India, presented an 11-point action plan to combat terrorism internationally during the G-20 conference in Hamburg, Germany, in July 2017.

In December 2019, the United States hosted the 2+2 Ministerial Dialogue, in which the ministers called for concerted action against all terrorist networks, including Al Qaeda, ISIS/Daesh, LeT, JeM, HQN, Hizb-ul Mujahideen, and TTP. Territorial integrity, sovereignty and security of people has always been the priority of the Indian government, these objectives have always been disturbed by the non-state actors. Several national and international intelligence, military, and police agencies collaborate in the country’s counterterrorism activities. Also considered are state-run police forces, special security forces tasked with guarding airports and other key facilities, and paramilitary forces tasked with patrolling the nation’s borders and assisting police agencies whenever necessary. India has various intelligence agencies that are assigned to keep track of terrorist operations. The Research and Analysis Wing (RAW) is an overseas intelligence agency, while the Intelligence Bureau (IB), a branch of the Home Affairs Ministry, is in charge of gathering intelligence within India. The Seema Shastra Bal (SSB) holds the responsibility of monitoring the border regions and to carry out anti-Naxal operations in Bihar, India-Nepal, and India-Bhutan border

No country in the world is fully protected from violence and terrorist attacks from non-state actors. Terrorism is best dealt with a combined effort by national action with assistance from international and regional partners. Thus, Pakistan’s continued provision of support and assistance to terrorists is tantamount to admitting that such actions are part of a well-crafted strategy against India, and the policy proposed and followed by India rejects links between terrorism and peace negotiations together.