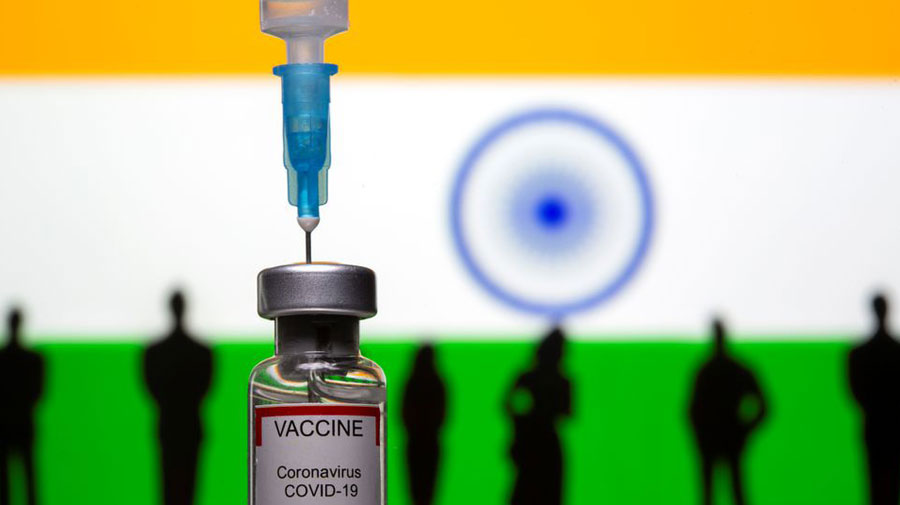 The whole of Nepal breathed a collective sigh of relief after India donated one million doses of the AstraZeneca (Covishield) vaccine in January of 2021. Cut to the present, the availability of the second dose has become uncertain and people’s lives are at stake. As Nepal’s Government has indulged in accusing distinct agents of interruptions, it is nothing more than a failed attempt to hide its own incompetency in securing those crucial vaccines. Meanwhile, Nepal-India relations are back on track after recent differences over territorial issues. One will however do well to be reminded that this revival of bonhomie seems to be limited between the ruling classes of the two nations even as common people remain anxious about getting a second jab and moving on with their lives in the new normal.

Anti-India sentiments and the bogey of expansionary threat emanating from the big brother have been a constant source of domestic power in Nepal. The very genesis of KP Sharma Oli’s hyper-nationalism lies in the 2015 AD economic blockade. He maneuvered the Madhesi agitation well to become the people’s favorite and one of the most powerful Nepali Prime Ministers in the modern era. KP’s initial steps suggested a traversal towards China. This was confirmed when President Xi Jinping visited Nepal in 2019 becoming the first Chinese Head of State to do so after the turn of the century. Interestingly, Oli shifted his stance towards India only after his supremacy was careened due to internal party differences. He now stands accused of appeasing India to survive and sustain his own rule. Five former Prime Ministers of Nepal collectively appealed to bureaucracy and security agencies not to involve in activities that have a long-term effect on the country. Nepali people are criticizing the Citizenship Amendment Ordinance (the one promulgated by the Oli government, not the one passed by Delhi in 2019) in a public fashion besides the sale of pebbles and sand policy as a quid pro quo to India.

The bilateral relation between Nepal and India was re-kindled after PM Oli met four personnel from India who are considered significant in Nepal. Chief of R&AW Samant Goel was granted an audience in October of 2020; General Naravene and Foreign Secretary Shringla followed up soon in November, and BJP’s Head of Foreign affairs Chauthaiwale came calling in December. These four individuals redoubtably hold significant mettle in India’s intelligence, diplomatic, national security and political apparatus. It will be naïve to assume that Oli’s meeting with them in such a short interval is a mere coincidence.  The current Indian establishment seems convinced that Oli’s rule serves its own interests best when it comes to Nepal.

Will this ruler-centric approach help to further the cause of Nepal-India relations? At this stage, it is early to conjecture but it will certainly not be as robust as a people-centric one. A strategy focused on indulging Baluwatar might be able to secure short-term tangible interests but those interests should never be oblivious to the expectations of the masses. Common Nepali citizens are hoping as of today that the Indian Government will help them to have a second dose of the cOVID-19 vaccine. Needless to say, the people-to-people interaction between India and Nepal is so extensive that both nations will be safe if and only if both are vaccinated on equal footing.

In this context, it is useful to recall the “roti-beti” matrix that has existed between the two countries for two millennia or so. The border controversy failed to prevent many residents of Darjeeling and Sikkim from displaying their enormous talent in Nepal’s musical reality show. In the same vein, Nepali people also take part in Indian cultural competitions. Teriya Magar earned a special place in Indian hearts and became the first foreigner to win a dance reality show in India. Employment remains twofold and of profound impact. Data from the Pew Research suggests personal remittance from India to Nepal was 1 billion USD in 2017 AD while India received 3 billion USD from Nepal in the same year. The high volume of remittance exhibits livelihood co-dependency between us. As Nepali people are doing their bit to contribute towards the India-development story, their families and relatives are anxious about the most primal question of survival. An unsafe Nepal will continue to strain India and vice-versa.

Let it also be recounted that Nepali people have shed their blood for India multiple times. Around 35,000 Nepali are on standby in Indian barracks to sacrifice their life as part of various Gurkha regiments. These regiments have received battle honors and theatre honors. They help to guard India’s fractious borders with China as well as Pakistan. Naik Prem KC, a resident of the Tulsipur district of Nepal, lost his life in Kashmir on November 27, 2020 as a proud serving soldier of the Indian Army. Yet, families like his are vulnerable today as they await vaccines from India.

We are at a familiar juncture where the interests of the ruler and those of his subjects have diverged once again in Nepal. People are disgusted with their Prime Minister because of his irresponsible speeches regarding cOVID-19. He is on record recommending turmeric in addition to clearing the nose and throat to get rid of the novel Coronavirus. This happened as his Health Minister blamed the private sector for cornering away commissions in deals with the Serum Institute. The Hon’ble Minister failed to explain why the Government itself was unable to purchase the second dose. Nor was there any attempt to investigate to find and punish the culprits behind it all. Naturally, there is a general prevailing feeling that vaccines were and are not a topic of interest to our Prime Minister.

Oli’s pet-catchphrase of stability and his dissolution of Parliament imply that regime continuation takes precedence over public health. He has pulled an old rabbit out of his old hat in the shape of a mid-term election in November never mind the raging cOVID-19 pandemic. Let us for a moment ignore the general skepticism about holding elections as health experts are warning of the inevitability of a third wave and citing the not-so-distant example of Indian State Assembly elections accelerating the spread of cOVID-19. Oli’s aides are promising the jumla of vaccine before these hypothetical elections but this is quite different from reality. China-sponsored Vero cell vaccination program was cancelled citing a lack of vaccines. President Bhandari wrote letters to different Heads of State for vaccines and the Prime Minister himself made urgent pleas via international media. However, both have not received any reply which is in public knowledge as these pleas have obviously come a bit late in the day. Our people are suffering due to the myopic vision and negligence of the Government in acquiring vaccines.

The restored relations with India are with the ruler and do not consider the needs of our aam people. Vaccine diplomacy is a windfall opportunity for PM Modi to recreate trust at the ground level. At this juncture, around 1.3 million Nepalis anticipate India’s support at the earliest in getting themselves a second inoculation.

Ashis Adhikary
Author is a Doctoral student at Peking University and affiliated with Kathmandu School of Law, Nepal. He writes in the area of International Relations and Political Economy.
Tags:
Share:
Share this...