Hamas on its way to taking charge of Palestine 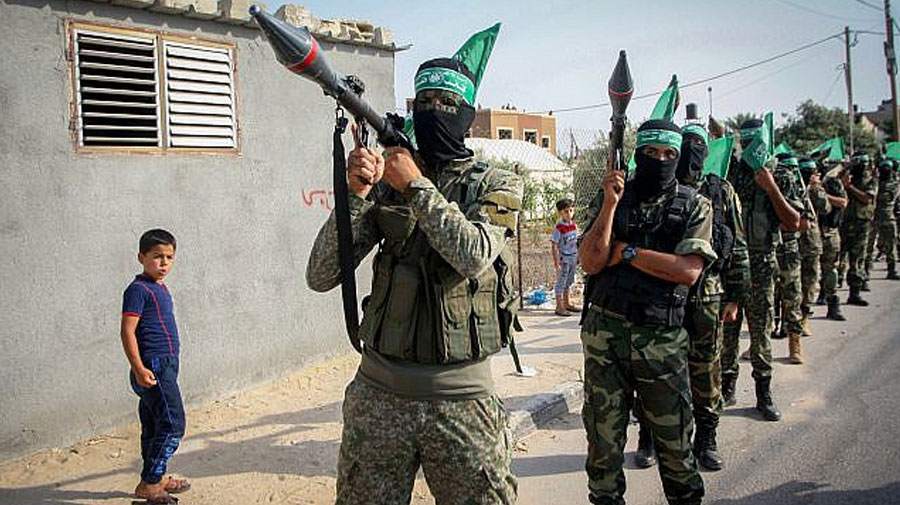 After the new government took charge in Israel, one of the immediate news is that of recent attacks on Gaza in less than a month after the ceasefire. Israel says it is in response to sending incendiary balloons across the border. A right-wing march in Jerusalem triggered this act of violation by both parties, mainly Hamas. In which, with much obviousness, the group chanted violent slogans against the Arab population. This has put up a fresh challenge to the new prime minister, Naftali Bennet, who is a right-wing politician.

On the 4th of June, opposition parties in Israel declared that they had secured enough seats in the Knesset to oust the current prime minister Benjamin Netanyahu. Netanyahu has remained the longest-serving prime minister of Israel for 12 years. The opposition parties, ranging from the far right to the Arab party have gathered under the same umbrella for one motive, to end Netanyahu’s term.

With the recent developments in Palestine politics, Hamas has emerged as the main player after its face-off against Israel. Netanyahu, a known hardliner against the Palestinians, has set a rough example for the leaders in conflict. Naftali Bennet, who previously was an ally to Netanyahu, is unlikely to look in a different direction in the coming years. However, this could only strengthen Hamas as an alternative to the existing authority.

The rise of Hamas as an alternative

In 2004 Yassar Arafath, the icon of the Palestine Liberation movement passed away. Following that, in 2006 Hamas, a militant-nationalist organization that had captured the minds of young Palestine in its way of deterrence by force against the Israeli Defense Forces and the Palestine Liberation Organisation clashed on the legitimacy of their authorities. Hamas was shadowed by Arafath’s towering presence on the world stage had now moved on to establish themselves in the region. In the 2006 elections, Hamas won the majority in Palestine with its massive presence in the Gaza strip and promise of reforms. Hamas looked like a solid answer to the occupation with many Palestinians concerned at PLO’s soft stands with Israel. The PLO, however, did not recognize this. The Fatah party, which represents the PLO discredited the political majority of Hamas. However, Hamas moved on to form a government, took control of Gaza, and declared itself legitimate. Palestine President Mahmoud Abbas dissolved the government and declared a state of emergency. He dismissed the Prime Minister and appointed a Fatah leader to form a new government. Nonetheless, Hamas rejected this and claimed to be still in office and continue its function, thereby beginning the political tug of war in the Palestine region.

On the 10th of May, IDF forces stormed into the Al-Aqsa mosque to tackle protestors against forced evictions in the Sheikh Jarrah neighborhood. With PLO silent, Hamas was quick to react. With already a reputation for militancy, Hamas rained rockets to Israel’s major cities, including Tel Aviv. They were clinching the title of the first one to respond against Israel storming a holy site of Muslims. Nevertheless, Israel’s advanced Iron dome system intercepted most of the missiles in the sky. For which Hamas responded by overwhelming the defense system by sending thousands of rockets in a short period. This tactic proved helpful as Israeli civilians were wounded and killed in the process. This response elevated Hamas to a new wave of popularity within and outside of Palestine. PLO almost being absent throughout the bombings, was pushed out of the picture with losing its credibility as an authority.

Hamas has gained a name for themselves in their retaliatory tactics, which benefit them in the long term. Any Jewish extremist developments in the west bank are met with immediate warnings from Gaza. It has almost become clear that the Fatah party no longer holds popular support. The Gaza bombings have further cemented Hamas’s position in the Palestine political dynamic. Hamas will emerge as an alternative to the current Palestine administration if the elections are to be held in the coming months. This would have lasting implications on how the liberation movement will heed to.

The US, Canada, the European Union, Japan, and Israel have listed Hamas as a terrorist organization. These countries have Palestine aid programs which, if Hamas comes to power, may cease to exist. However, with Iran strongly backing Hamas in the region by supplying arms and artillery to the Gaza strip, they will not fall short of political support in the region. Whether the Palestine cause would strengthen or weaken under the Hamas administration is open on all ends. The hardline of Hamas has undoubtedly captured the minds and hearts of people who are staunch for the free state of Palestine. Still, the administrative and diplomatic capabilities will be put to the test if they are to come into power. Strong resistance from the west and within Israel will have to be countered. The recent ceasefire, in the initiative of Israel, has pushed Hamas’s channels to seek an alternative to militancy. All these factors would add up ideally for them to entrust themselves with becoming the actual guardians of Palestine.

Hamas enjoys gracious support from Arab nations in the peninsula, and its assertive behavior at the borders will prove to be a tough test for the new Israeli government. However, these actions are pushing Hamas to the mainstream as an answer to the occupation.

Regardless of how events will transpire ahead, it is clear that the people of Palestine have found a new face of resistance in Hamas, and they trust them. With the rising tensions and support around the world, Hamas could tighten their demands and may even call for an all-out war changing the future of the middle east. They have efficiently used technology to influence and educate the public on their motives. If a war would break out, it might have a very different outcome from previous ones. For the middle east is not the same, Israel is not the same, and the world certainly is not the same anymore.

Vinayak Ravi
Author was pursuing his Integrated Masters from Central University. His research Interests include US-Caucasus relations, Azerbaijan-Armenia Relations, and India's foreign policy in the Caucasus.
Tags:
Share:
Share this...