Diplomatist > Topics > Development Partnerships > Home Featured > Engaging all fronts in an uncertain power struggle: Why India should engage with the Taliban?

Engaging all fronts in an uncertain power struggle: Why India should engage with the Taliban? 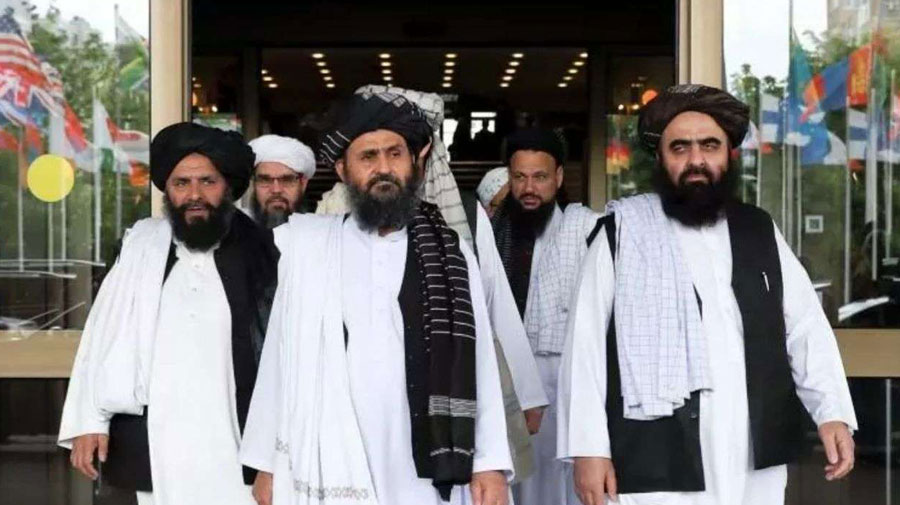 The geo-political reality can be understood well if we take into account three-fold dimension or dialectical framework of – objectives, strategy and institutions. The geo-political reality is a fusion of static and dynamic action. The geographical reality is not easily malleable whereas the political reality is in flux as it is subject to change due to the operational factors acting upon it. Hence, the geo-political reality is a complex whole which opens up newer possibilities of political manoeuvring for the geographically prefixed actors. The process of phased withdrawal of USA from Afghanistan which has been an ongoing process and is scheduled to be completed by 11th September 2021 will be drastically changing the geopolitical reality of South Asia and of Afghanistan in particular. This is due to multifarious factors ranging from the feeble nature of the present Ashraf Ghani government of Afghanistan and its armed forces, nascent military capabilities, the rising Taliban strongholds all over Afghanistan, the interests of fundamentalist forces to find a new base after the dismantling of ISIS in Syria and Iraq and the political vacuum that will arise to render it more conducive for the latter to operate. All such factors when taken into context reminds us of the diabolical impact on human society that political vacuum can effectuate more so for a country like Afghanistan which practically stands on the verge of state failure awaiting chaos and anarchy. This new geopolitical reality of Afghanistan will obviously lead to the rise of new political actors who will assume prominence in internal and external matters, and reshape the direction towards which the future of Afghanistan would be steered. Therefore, for India to recognize this emerging geo-political reality is imperative for her to realise her strategic goals in this malleable setting. Hence, it’s time for India to evolve and rejig her foreign policy vis-à-vis Afghanistan or the process may have already started in the context of the recent UNGA elections. The withdrawal of the USA under compelling circumstances from Afghanistan may open up a pandora’s box and the countries within the close geographical radius like Pakistan, India, China, Tajikistan, Iran, etc has to prepare for the unimaginable consequences.

The Afghan invasion of the USA following the September 2001 attacks unleashed a long-drawn battle which will come to an end after 20 years. Even before 2015-16, NATO’s active engagement came to an end in Afghanistan. In that sense it was overstay and increasingly it was confronting the “Vietnam syndrome”. In these 20 years, the political dynamics were shaped up by the USA with its principal goal being “to disrupt, dismantle and defeat al-Qaeda” both in Afghanistan and Pakistan and alongside the plan was “to train up the Afghan army and police force so that they would be competent and large enough to maintain security within the country’s borders without help from US forces” in future. In practice, however, that was not done. On one hand, the US made a mistake by not fully concentrating on one theatre, i.e. Afghanistan; instead they “had invaded Iraq, broken that country, helped spawned an even more virulent branch of al-Qaeda…As far as Afghanistan was concerned, those years were lost.” (Obama, 2020, p.319).  So, today the signs of haphazard withdrawal of US forces are perspicuous which not only shatter the hope of Afghanistan’s peaceful transition but are bound to create a political vacuum which will be filled up by either the forces of Taliban or Pakistan from behind the scene. Therefore, despite the formal recognition of the Kabul-based government by the international community, the Taliban in near future would be the de facto power and the strategic aims of India vis-à-vis Central Asia connectivity would be null and void.

In this context, it is important to trace the relationship that India had or may have with a de-facto Taliban power domineering the landscape of Afghanistan. India’s relationship with the Taliban has been an absent one and India has always found itself in the opposite camp. India established a diplomatic relationship with Afghanistan after the Taliban government was ousted and provided various forms of help to the project of rebuilding Afghanistan under the leadership of Hamid Karzai and then Ashraf Ghani. Therefore, India has strategic ties with a democratically elected Afghanistan government through which India can realise its larger foreign policy goals. India’s Afghanistan connects policy however should not be viewed from the angle of “Democracy promotion”.

In the Afghan scenario what we find is that with the rise of the Taliban, however, it is not only the Afghan government which is being targeted but it is also “hedging against Kabul’s potential alignment with Pakistan’s archrival, India”. Furthermore, it may be noted that Indian embassies were being attacked with gruesomeness. Indian consulate in Jalalabad was attacked several times in 2007, 2013, 2015 and again in March 2016; another attempt on Indian consulate based in Herat was attacked on May 23, 2014 though another strike on Indian consulate at Mazar-e-Sharif in northern Afghanistan was thwarted in September 2016. Afghanistan Parliament in Kabul was attacked in June 2015 with a car bomb outside the gates and in March 2016 with rockets fired at new Afghan Parliament building. Even aid organizations and humanitarian groups working there increasingly face lethal attacks previously unheard of.

Consequently India’s strategy was two-fold, on one hand, she continued to maintain a framework of engagement with the Afghan government with credit flows although at the cost of the increasing risk that could imperil India’s Central Asia connection and simultaneously fearing “further radical interference, especially with the potential growth of the Islamic State (ISIS) in Kashmir. ISIS has shown interest in South Asia after the loss of its caliphate as a site to rebuild its strength, pinpointing Kashmir and a province in Bangladesh for ideological infiltration. Kashmir has become especially ideal due to intensifying conflict between the Hindus and Muslims. The government perhaps fears, post the Afghanistan peace deal, that disaffected Taliban hardliners will jump into the ISIS Khorosan, a branch established in 2015 to oversee Afghanistan and nearby regions or that ISIS could join hands with Al-Qaeda.” (Vater & Joshi, 2020, p.30). So, India’s Afghanistan policy was integrally linked with her Kashmir policy and India for all practical purposes could not stay away from Afghanistan.

India is in a delicate position vis-à-vis the Doha talks which led to the United States of America signing an Agreement for Bringing Peace to Afghanistan with the Taliban because this process did not embrace the principle of Afghan-led, Afghan-owned and Afghan controlled which was insisted upon by India from the start. The aspect of the Taliban enjoying a free hand in shaping the political structure of Afghanistan after the withdrawal of the USA is legitimate. Whether the de-facto power status of Taliban changes into a de-jure status is to be observed. The delicate position also derives from the fact that the Taliban-Pakistan-China alliance will erode India’s ambition over Afghanistan. This becomes a zero-sum game with India losing significant ground.

Here a question pertinently arises, will India manoeuvre through the changing reality or will she maintain the status-quo in her approach? Whatever decision India adopts will significantly define its future position vis-à-vis global politics. The US Secretary of State Antony Blinken recently stated that the age of engagement with China is over and the USA-China relationship is now heading towards competition. If competition is going to be the norm, India definitely would find itself in the opposing camp with QUAD being the focal representative of it. However, India will significantly suffer more in this geopolitical friction both politically, economically and culturally. If there is competition, then loss of influence by one party would lead to opening up the opportunity for others. Therefore, China gaining an influential position in Iran and Afghanistan would solidify its position and make the OBOR (One Belt One Road) much more active to put greater pressure on India in that case.

In this globalized world, where cobwebs of organizational actors are emerging having significant leeway in influencing the authoritative allocation of values it is imperative for India to widen the horizon of engagement to include not only the governmental actors but also the rising influential sections that will assume leadership positions when new regional order emerges(Ahmad, 2015). In this case, India creating an operational relationship with the Taliban is pragmatic and exigent.

Diplomacy requires rationality, swiftness and an action-oriented outlook to the emerging problems. Therefore, for India, this moment is all about diplomatic action and calculation in order to safeguard its position and build channels of communication because there is no permanent foes nor permanent friends in international politics. Nehruvian idealism is outdated because in a world of realpolitik it pays off to be pragmatic whereas idealism can only amount to mere praises having meagre tangible outcomes. In order to be a global power to be reckoned with, tangible outcomes matter.