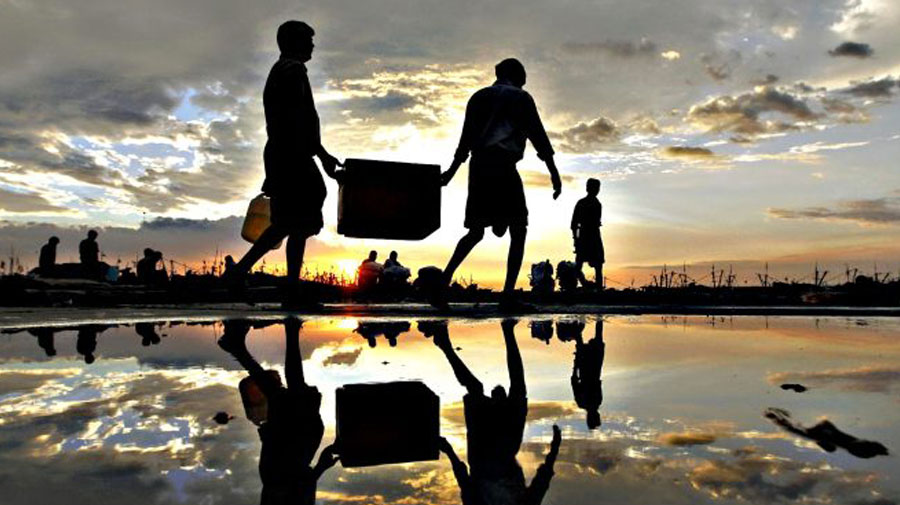 The Notion IUU stands for illegal, unreported and unregulated fishing, and it is the earnest bugbear to the sustenance of fisheries society. There are several ways of illegal fishing immure illicit fishing, exceptional allotments, aiming vulnerable species, exploiting proscribed fishing threads, fishing in proscribed places like marine secured places or offshore waters reticent for local fishermen, fabricating unlawful hitch into containers designated with the name of an authorized vessel, and unlawful hand over of hitch from one vessel to other or to a cooled cargo ship.

Unreported fishing betides when a fishing operator emaciates to mark the quantum of his or her hitch to authorities. It also betides in instances when reporting of hitch is expedient but not necessitated by law.

Unregulated fishing betides either because littoral states don’t have the assets to manage and watch their waters, or because a fishing vessel is not formally recorded by a country clinging to a Regional Fisheries Management Organization which is a transnational body that plants criteria for regulating places of the high seas.

Why is IUU fishing a problem?

Illegal, unreported, and unregulated (IUU) fishing perdure one of the greatest imminences to the marine environment due to its potent competency to undermine national and regional exertions to regulate fisheries sustainably as well as efforts to conserve marine biodiversity. IUU fishing upends vantage of the decadent administrative systems and exploits infirm administration, particularly those of developing countries lacking the capacity and resources for concrete monitoring, control, and surveillance (MCS). IUU fishing is found in all rubrics and ambit of fisheries; it betides both on the high seas and places within national administration, it perturbs all approaches of the capture and utilization of fish and it may sometimes be connected with a well-managed crime. Fisheries resources available to authentic fishers are removed by IUU fishing, which can lead to the flunk of local fisheries, with small-scale fisheries in developing countries proving particularly vulnerable. According to the FAO, illegal, unreported and unregulated fishing activities are accountable for the loss of 11–26 million tonnes of fish each year, which is calculated to have an economic value of US$10–23 billion. Products deduced from IUU fishing can find their path into overseas trade markets thus garroting local food supply. IUU fishing wherefore threatens livelihoods, worsens poverty, and increases food insecurity.

Aspect of India and Sri-Lanka

As we see the maritime aspect, in the contemporary scenario, by and large, there is no issue between the two countries. However, the fishermen’s issue is one of the concerns mainly because of the IUU fishing. Illegal, unreported and unregulated fishing (IUU) has been a bone of contention between India and Sri Lanka, unsatisfactory otherwise genial relations. Whenever we talk about IUU Fishing, it is necessary to talk about the maritime aspect of both countries. On this aspect, both countries signed two maritime accords in 1974 and 1976 to circumscribe the international maritime boundary. The former accord was concerning the maritime boundary in waters between Adam’s Bridge and the Palk Strait. The latter accord circumscribed the maritime boundaries in the Gulf of Mannar and the Bay of Bengal. Pacts on the maritime boundary were imperative to unclog law enforcement and resource management and to avoid schism, in the waters since both countries located closely in the Indian Ocean, especially in Palk Strait.

Despite the corporeality of two maritime accords of 1974 and 1976, there are indubitable bugbears between the two countries. The main upshot is the status of Katchchativu, a small barren island in the Palk Bay area. By the 1974 accord, India comported to Sri Lanka’s sovereignty over Katchchativu but with some safeguards to its Indian fishermen over Article 5. The article is vague enough for the Sri Lankan government. It does not contain any fishing rights except the right of pilgrims to visit the islet for religious works. Until the civil war broke out in Sri Lanka in 1983, the Indian fishermen had a troublesome past to regulate fishing near the island. The Sri Lankan Navy had also become hostile to Indian fishermen owing to their argument regarding the use of fishing boats for smuggling goods for Sri Lankan Tamil militants. Consequently, the promiscuous killing of Indian fishermen has become a common thing. Instead of many strong objections, the humanitarian angle of the issue was ignored by both countries. Different course of actions such as issuing identity cards to Indian fishermen and letting the island to India have been explored, but not converted into results.

Given the contiguity of the territorial waters of both countries, particularly in the Palk Straits and the Gulf of Mannar, affairs of transgressing of fishermen are common. India and Sri Lanka have agreed on indubitable practicable arrangements to deal with the issue of certified fishermen of either side peregrinating the International Maritime Boundary Line. By these arrangements, it has been viable to deal with the upshot of the detention of fishermen in a benevolent manner. Both countries have agreed to go for a Joint Working Group (JWG) on Fisheries between the Ministry of Agriculture and Farmers Welfare of India and Ministry of Fisheries and Aquatic Resources Development of Sri Lanka as the process to find viable results to the fishermen issue. So far, there have been two meetings at ministerial level (January 2017 in Colombo & October 2017 in New Delhi) and three rounds of JWG meetings (December 31, 2016 in New Delhi; April 7, 2017 in Colombo and October 2017 in New Delhi). The delegation from both sides deliberated on the fisheries issue including affiliation on patrolling, setting up of a Hotline between two Coast Guards, the introduction of effective tracking systems for fishing vessels, release of Indian boats in Sri Lankan custody, SOPs for release and handing over of arrested fishermen and measures to phase out bottom trawling in Palk Bay.

In nutshell, to curtail the impact of IUU fishing, Target 4 of Goal 14 of the Sustainable Development Agenda adopted in 2015, urges to “effectively regulate harvesting and end overfishing, illegal, unreported and unregulated fishing and destructive fishing practices” by 2020. And on the part of India and Sri-Lanka relations, both the countries suffer the most from IUU fishing. They don’t have the proper resources and infrastructure to monitor and enforce fishery rules effectively. As a result, there is an encroachment of trawlers into each other’s waters by trespassing the International maritime boundary line (IMBL) which is a serious threat to both countries. In order to divert and redirect mechanized bottom trawling to other ways of income, both countries should provide alternative incentives to their fishermen. In order to deter IUU fishing, both the governments must augment with regular patrols and arrests for which maritime domain advertence and veracious real-time reporting is a necessity.