India-EU: A Strategic Partnership for the Advancement of Associations 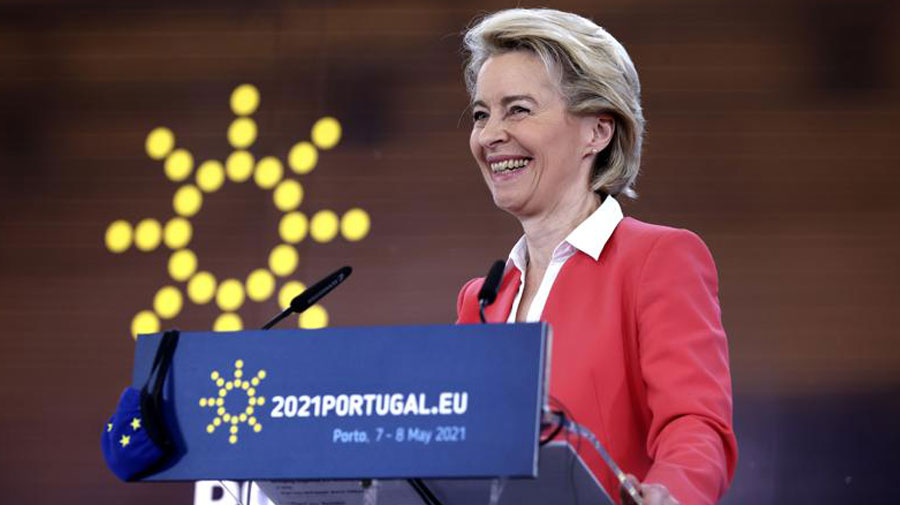 The EU – India Joint Action Plan (J.A.P) was adopted back in 2005 at the 2005 India – EU summit for the strategic Partnership. The J.A.P consisted of 5 sections to begin with and later the sections got modified as per the requirement and analysis in the summits. For the past 15 years, India and European Union have seen consistent modifications and the relationship has grown over time for good. As it was also listed in one of the sections is, “to strengthen the dialogue between the two Parliaments.”

Our Foreign Minister, Mr. S. Jaishankar has stated, “In order to shape Global Outcomes, India & EU should work collectively.” Keeping in mind the rising centre of attraction i.e., Indo – Pacific Region, it is extensively believed that Indo – Pacific would decide the future of the world.

On 15th July 2020, the 15th India – European Union Summit took place. “EU – India Strategic Partnership: A roadmap to 2025” was endorsed as a common roadmap to guide collaborative efforts and to further strengthen the relationship between the two over the next five years.

In a complex environment worldwide, both the Republic of India and the European Union are keen to preserve the rules based international orders and effective multilateralism and are more inclined towards contributing jointly for a safer, cleaner, and more stable world.

Over and all under this Roadmap, 6 wider sections have been introduced ranging from Foreign Policy & Security Co-operation to Institutional Architecture of the India – EU Strategic Partnership. These fields cover several sub-sections such as Security, Trade, Mobility, Culture, Environment, Employment, Education, Global Governance, and many more.

Both regions share common interests and working towards Green Technologies, Artificial Intelligence and Cyber Security together. Not only they share common values of Democracy, Pluralism and Human Rights together India and the EU also reiterated their commitment to human rights, including gender equality and women empowerment in all spheres of life, and the importance they attach to their cooperation, but they also share a common stance on China’s Belt Road Initiative.

The people of Europe and India have developed strong bonds among them through Tourism, Cultural and Student Exchange Programmes and Civil Society Cooperation. Moreover, the European Union has always been an important destination for cross border investments and overseas acquisitions for Indian Companies.

“In a situation like this India-EU partnership, can play an important role in economic rebuilding, a human centric and also humanity-centric globalization,” said PM Narendra Modi as he urged all democratic countries to join hands to deal with new economic challenges in the post-Covid world in the backdrop of China’s belligerent foreign policy.

The two sides decided to work towards balanced, ambitious, and mutually beneficial trade and agreements. They have also decided to establish a high-level dialogue at the ministerial level to provide political guidance to the bilateral trade and investment relations and to engage in bilateral intellectual property rights.

The two leaders have also decided to work upon the Sustainable Modernisation Partnership through a wide range of tools and activities, including thorough financial and technical assistance. Meanwhile, in the terms of Climate Change and Clean Energy, Environment, Urban Development, Information and Communication Technology, Transport, Outer space, Research and Innovation, Artificial Intelligence, and Health and Food Security, several proposals have been made under the respective fields for the modifications.

The two sides have decided to emphasise upon Global Governance such as Effective Multilateralism. They have been jointly focusing on increasing the Connectivity based on International Norms and ensuring a level playing field for economic operators. Explore initiatives to improve connectivity between the EU and India and seek synergies between their cooperation on connectivity with third countries including in the Indo-Pacific region. They have also stressed upon the Global Economic Governance, to engage jointly in addressing the global trade challenges in WTO. Engage jointly and enhance cooperation in the G20 on issues of global importance and mutual interest, including the promotion of strong, sustainable, and balanced growth; cooperate to combat tax fraud, evasion, and avoidance; make utmost efforts towards reaching an agreement on the taxation of the digital economy. Apart from these, development partnerships in third world countries and ocean governance have also been the areas of focus among the two leaders. European Union has proposed various strategies to reinforce its strategic focus, presence, and actions in the Indo – Pacific Region. The strategies are as follows:

They have also focused upon the people-to-people area, this simply involves Migration & Mobility, Employment & Social Policy, Education & Culture – to continue cooperation in the field of cultural diplomacy. Moreover, to encourage regular exchanges between both the parliamentarians and launch a platform for a sectoral civil society dialogue.

Lastly, the aim is to create an Institutional Architecture of India – EU strategic partnership to ensure effective high-level cooperation through annual summits, to strengthen sustainability of strategic partnership through the promotion of study tours to EU and Indian institutions aimed at young diplomats from both the sides and to utilize the Policy Support Dialogue support facility of the EU to pilot exchanges in the areas of planned policy dialogues.

China’s Influence on EU can be seen as one of the major challenges along with various Political, Economic factors. Indian negotiators also feel that the Europeans are less flexible and whereas Europeans think that India is not open to lifting trade barriers and giving market access. Brexit induced uncertainty in EU, and the global flux on trade norms introduced by the Trump presidency in the US.

What can look forward to other than trade is the New Geostrategic outlook i.e., connectivity agenda and providing support to infrastructure via low costing finance, Strategic Autonomy as both the parties have mutual interests, Technological Co-operation, Strategic Foresight based on mutual trust, Multilateralism by using the existing forums like UN and G20 to promote rules-based order through strong political alliance.

Both sides should realise this potential and must further the growth of the bilateral ties with a strong political will. Both parties need to work on the implementation of sustainable development goals, protecting the environment and combatting climate change. Time has come for both parties to understand each other, trust each other and act in a way that is good for the world.