EU: Is it a Sleeping Giant? 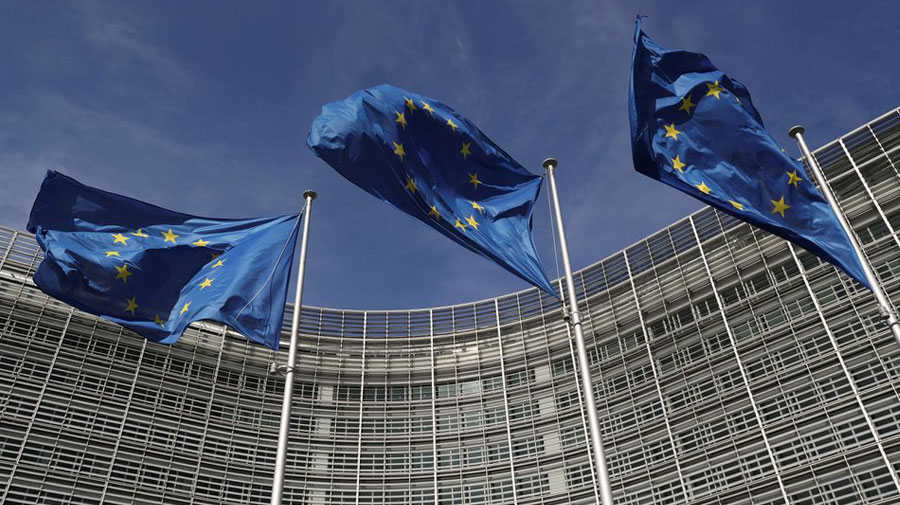 This article will enquire this very pertinent question. There is no doubt that it is a giant power but the premonition lies in the perception that perhaps this massive power is in sleeping mode. Its strength lies in unity and willpower to stand together, to open the border, to invite the outsiders—the migrants even at the risk of demographic change, increasing job competition, etc. The EU is no Iran or China. Its unique power lies in its liberal democratic system, its values of welfare and commitment to human rights. This ought to have permeated a sense of altruism and declared a triumph of unity in diversity by letting loose the forces of confederation by rising above petty nationalism. But one may quip, is it happening, or in case not, why and where its mistakes lie. In fact, this question is not narrowly connected to the EU exclusively because the EU is only a case in point to suggest that the lacunae of post-Cold War hype had much to do with lost opportunity for united Europe to assert itself.

Now that the EU is fumbling is nothing but its coping strategy to help it navigate the crisis, far away from the aspiration to play its ambitious leadership role on the global theatre in terms of trade and “in setting the global agenda”? As it is evident that with the onset of the Covid-19 crisis the EU leaders came forward to take a lump sum as a credit to feed and pump funds into the member states to alleviate accumulating stress with the programme called Next Generation EU. It involves a risk of defaulting repayment but it seems that the EU is mentally prepared to move forward despite political-economic pulls and differences that might also threaten the progress towards the objective of forming a fiscal union and possible benefits that might accrue from it. So this mood is very important because without significant structural changes favouring further integration, it would be greatly confusing as to how the EU would proceed to combine, coordinate and harmonise mutual approaches to respond to the economic slowdown caused by the shattering pandemic blow. So it needs to come up with a more resilient institutional framework so that it could bolster a unanimous mechanism to contain economic freefall and furthermore to guide the member states towards prompt recovery. At present the economies of the member countries are facing the grave risk of low industrial production, affecting employment, decreasing income and savings, leading to low investment capital. Obviously, these stressful circumstances are not specific to Europe as the crisis is worldwide. Yet there is no doubt that if the EU fails to make a successful breakthrough with united resolve and for the time being inward-looking plan that can stimulate its huge market with some artificial engineering like Keynesian demand boosting through funding and support, its viability would be further questioned.

However, if we analyse deeply it would be clear that the root of the crisis that the EU confronts today is not the question of lack of money or recession. Judy Dempsey says in a recent take that “economic recovery alone is not sufficient. In the post-coronavirus world, Europe will have to decide once and for all how it is going to defend itself.” So, it is the question of discovering its own identity, perceive own distinct conditions, to set priority and working out own strategy to squarely face questions of managing migration, developing safeguards for critical infrastructure i.e. cyber security, carbon emission, shifting to new technologies for climate change to handling geo-political tensions since conflicts are cropping up in the backyard—hostilities in the MENA esp. in Libya, and also due to Turkish-Greece tassel, apart from Russian forays into Ukraine.  So, it is clear that EU is still not well-prepared to deal with such constant trouble shooters. No doubt, Europe has quite a number of strong points like a strong civil society permeated by faith in freedom and democracy. That is why its orientation is different from Russia on one hand and China on the other. In spite of that, it seems Europe’s relation or its position in the face of tension in the eastern Mediterranean, its equation with Turkey’s activism, especially latter’s advocacy and attempts to put itself as the leader of Sunni Islam and its reaction to Brexit—all these seem somewhat shaky. It faces a dilemma of how to go forward with the process of integration after UK opted for national sovereignty over supranational decisions that expose its inner tassel over harmonising individual perspectives. Even EU, for its well-knit alliance with the US, is criticised for “weakening multilateralism”, “flirting with protectionism” etc. That is why, despite its success in terms of creating a single market, the floating of euro, the Lisbon treaty etc., it seems somehow the process has stuck in the groove. That is why, the EU in spite of emerging as a promising world player, has been fumbling to take things boldly ahead. It could be seen in the arena of EU’s foreign policy. In the words of Mark Entin and Ekaterina Entina, “When the confrontation between the two world orders came to an end, Brussels’s opportunities for independent manoeuvring in global politics and the global economy increased by order of magnitude. Unfortunately, Brussels failed to take advantage of this opening to develop qualitatively new policies toward both the US and Russia…” (https://russiancouncil.ru/). Thus, unfortunately, the EU finds itself sandwiched between Russian pressure and American suspicion. Obviously, the US has taken advantage of the situation to entrench its geo-political control over Europe.

Needless to say, it did not bode well for Europe. On one hand, its enlargement by incorporating former Soviet Republics could not effectively bolster its strength. Increasingly there was a hiatus between Old and New Europe. On the other hand, as Mark Entin and Ekaterina Entina state, the EU and its leading “member states made a huge strategic mistake in their assessment of the new international situation. They convinced themselves that they were now living in a new era of a unipolar world that benefitted them greatly…”. (ibid) This taken-for-granted attitude was responsible for confidence led amnesia in which they forgot that the post-Cold War unipolar condition actually benefitted the US rather than the EU. As one’s voice, interests and autonomy cannot flourish under another umbrella and tutelage, so it was evident in American behaviour that US in all probability won’t relax its stranglehold over Europe. That is why today the US is unwilling to bear the burden of NATO but at the same time it is not interested to abolish NATO also. Rather through it the US wants to project its pride and overwhelming military might. This apart, as Himani Pant wrote a few years ago that initially with the onset of the new millennium, “The European approach to international issues was regarded as the ideal one. This prosperity was, however, short-lived as the 2008 financial crisis opened the Pandora box of EU’s problems.” (www.orfonline.org/experts-speaks). The severe debt crisis in Greece was quickly transformed into a political crisis with the rise of populism, then the vote for Brexit in 2016 and even now the question of hidden leadership battle between Germany and France could encourage the Eurosceptics. Now with China’s inroad in Europe, it is even more established that American grip over Europe would be further tightened. So, with the rise of Russia and China, Europe is going to confront an inevitable security challenge and America, needless to say, is waiting for such an impending crisis to legitimise its emphasis on “Euro-Atlantic solidarity”. But the question arises whether this trans-Atlantic alliance will be an equal partnership or it would impose American will over Europe. Till now we have to appreciate the criticism of different European states like Germany, France and Italy towards the US when America withdrew from the Paris Climate talks. Britain was also disappointed with such a decision although it did not sign a joint condemnation of such deviant American behaviour. In fact, “America first policy” pursued under Trump made it clear that American behaviour was very much self-obsessed. So, in terms of foreign policy approach, there are clear inconsistencies and divergences, although European leaders at the stature of former German chancellor Angela Merkel uphold trans-Atlantic cooperation.

However, Chinese forays into Europe and broadly its throwing of the gauntlet in terms of economic challenge to America could further provoke America to behave in a truculent way. As America asserts its dominance in software programme, manufacturing, weapon industry and outer space—all these might result in curtailing the autonomy of Europe. Outrageous Uncle Sam can tell its European allies to sever relations with China. Even it can go ahead to the extent of blackmailing to introduce punitive measures to exact loyalty. So, EU has to decide how can it get rid of two equally worse options—its dependence on the US and its anti-US sentiment. Only then it can “reinvent itself” to win its due place by asserting its leadership role in the global scenario and can work for a better world which is just, rule-based and more interconnected and developed in terms of good governance, multilateralism, shared responsibilities and an agenda of human security.