Diversification from Oil to Other Industries in Middle East 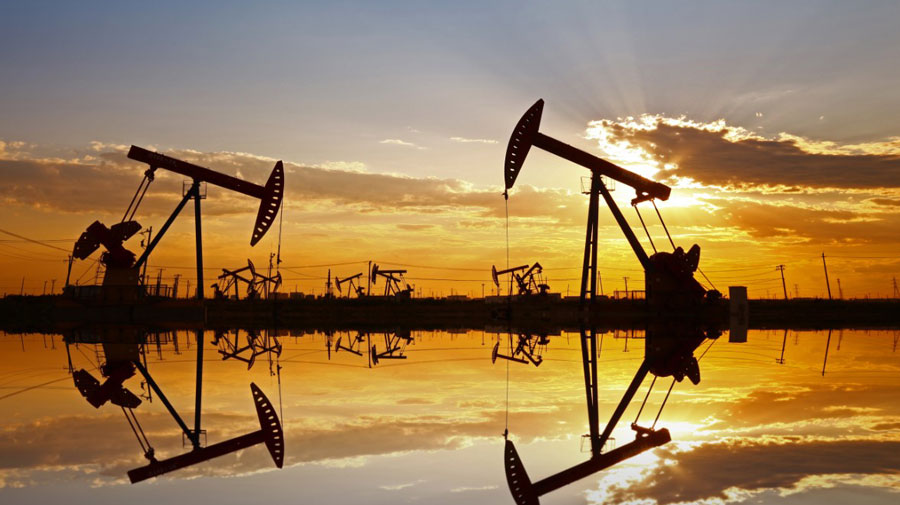 The uninterrupted availability, affordability and sustainability of energy resources are the key factors in the field of energy security. Energy is the livelihood of civilizations; both individuals and nation-states depend heavily on energy. The increasing energy demand for any country is partly because of a developing economy, fast population growth and the fact that a significant quantity of resources consumed once are now not renewable. The world is facing unprecedented effects of climate change with the usage of non-renewable energy resources. Hence, it becomes vital that the world starts decarbonizing and diversifying the energy sector to save the planet earth.  Since the discovery of energy resources in the Middle East, there have been a tremendous amount of investments in large scale oil and gas plants, pipelines and associated infrastructure, which are primarily owned by the state governments. But the status quo of several decades require to be altered to pave the way for more sustainable development and growth of economies through diversification to manufacturing, services and other industries in the Middle East nations rather than being solely contingent on oil and gas.

The Middle East is important because it produces, consumes, and exports crude oil and natural gas. The unprecedented drop in oil value in 2014 exposed the unpredictable oil markets, highlighting the weaknesses of hydrocarbon-dependent economies. To secure the energy and thus the future of their states that is highly dependent on fossil fuels, the Middle East countries need to start exploring renewable energy resources which are sustainable and help lessen the impacts of climatic changes.

Significantly, as the national oil firms that have aided and supported the economies for generations for states, according to scholars and policymakers, would no longer be able to rely on oil sales and their spending to sustain economic development. And thus, at the moment, this seems to be a huge obstacle to overcome for the Middle Eastern countries, primarily for the paradigm shift associated with diversification as also to forgo the legacy that is centuries old.

The most viable approach is to invest in markets other than the traditional oil and gas companies. Middle Eastern enterprises must have a high level of knowledge about the businesses that they are investing in so as to lessen their dependency on oil and start carving niches in the sectors and industries in sync with the availability of resources, desires of native people and prospects of economic growth.

Diversifying the Middle East region implies investing in sectors beyond energy fields should be the top priority for the nation-states. With the ongoing pandemic, there is a lot of pressure on the Middle East’s oil prices. It is also known that oil and gas reserves will eventually run out. Hence, the countries need to firstly invest more in the production of renewable energy resources, cater to energy efficiency and have adequate storage facilities and secondly, look forward to investing in manufacturing, agriculture, services or other sectors.

Besides Energy and power sector, the region’s proximity and the strategic location to the trade routes between Asia, Europe, and Africa has the capability and capacity to boost economic development through investing in transportation and logistics and other infrastructure developments such as ports, roads and airports which may make the region a leading hub in terms of logistics and transport. The health sector affords another alternative for investments and the common good of all. A decrease in life expectancy plus the prevalence of chronic diseases place a heavy burden on the health industry requiring increased government spending to keep up the population healthy. Paving the way for highly accessible, customised, and trustworthy healthcare is crucial, especially with the onset of the pandemic in the world. With the easy accessibility of health care, individuals will be privy to affordable services.

Countries seek to ensure that their energy resources are constantly available by increasing their economic capacity, deploying military power to safeguard the resources, building energy reserves, being in constant search of renewable resources and tilting regional and global diplomacy in their favour. But, since the beginning of the Middle East uprisings or commonly known as Arab Spring, the nations have been unable to keep stable diplomatic positions. The geopolitical situation in the Middle East has worsened as the US has cut down its military deployments, and with its shale gas discovery, it is more energy independent.

With the high amount of Chinese investments in the North African region, it is believed that its economy would have a substantial impact in the Middle East in the years to come. Terrorism, Civil wars, extremism and even interstate conflicts can become a factor for less economic diversification and development.

Most country’s population in the Middle East, such as Saudi Arabia, United Arab Emirates, Kuwait, work in the public sector than the private sector, which has made the region economically less viable, less competitive and unstable over the period of time. To satisfy the increased demand for employment, the countries’ economies must explore other energy sources beyond hydrocarbon and oil, which will initiate the people to look for employment opportunities towards new industries.

To meet the needs in the future, the Middle Eastern countries are reserving their funds under Sovereign Wealth Funds (SWF) for future generations. Diversification includes calculated spending of government funds, expansion of non-energy exports and expanding Foreign Direct Investments (FDI’s). FDI’s are slow-footed in this region. The region holds an enormous amount of untapped economic opportunities, which is due to a lack of private industries/companies, lack of cooperation, peace and harmony among the countries.

With the growth of population in the Middle East Region, it holds a variety of demographic challenges. According to the World Bank report, the population growth of the region will grow double by the year 2050. There is a need for citizen involvement in economic affairs as well as in personal capital accumulation for their development. Additionally, investment savings should be an objective of the Sovereign Wealth Fund (SWF) program. Thus, it is apparent that the energy market will consume the Middle East for some time to come, so there must be open, legitimate, accountable models for public-private collaborations in the development that will guide the way for diversification from oil to other industries as well.

In the year 2020, for the first time in history a Middle East country, Saudi Arabia hosted the G-20 summit. The main issues that were discussed were, “firstly, empowering the people by allowing them particularly women and youth to work; secondly, protecting the world by cultivating a shared spirit that helps to safeguard collective resources; and lastly, helping to discover and share benefits of change and technical advancements while also exploring our options for the future”. As a result, the manufacturing and growth of the service industries have to flourish with an open door to the international labour market.

Unfortunately, government-funded initiatives continue to dominate private sector investments in this region. Policymakers must transcend the weaknesses of previous diversification attempts and generate conditions for genuine economic growth for sustainable growth that is not dependent on the oil and gas industry, either directly or indirectly and replacing it with the production of goods and services. Middle Eastern countries produce goods and services products, but traditionally, it is only produced for domestic production; it encompasses agricultural products, manufactured goods, and business services. To conclude, diversification gives way to economic development, helps stabilise the region if the prices of energy resources fluctuate and creates more job opportunities and empowers the citizens as also the expatriates.