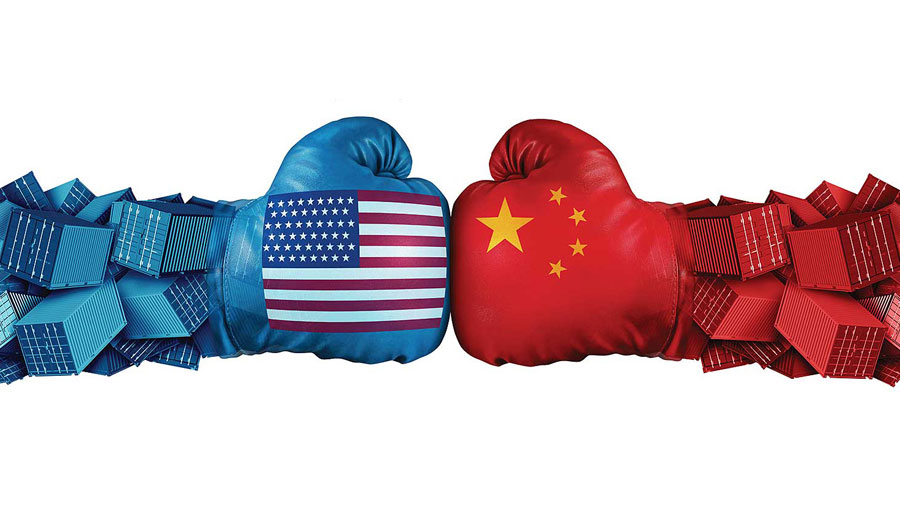 Recently the US President Joe Biden, the new captain after the Trump regime, seeks report within the coming three months from the US Intelligence agencies as to the origin of the Novel Corona Virus. Where is the real origin of this deadly virus Covid-19? Either it originates from an accident of Wuhan’s science research laboratory in China or from the beasts in the Animal market of China?  The US President is in a dilemma about this. That is why after the earlier investigation of Trump in 2020, Biden has again instructed the intelligence departments for the second time to investigate the matter thoroughly and with all their might and asked the concerned departments to produce the report to him very quickly. Mercury of tension and agitation is rising anew between the relationship of China and America from this particular point. The relatively leery relations between the two states thus get further aggravated with mounting recriminations adding to more mistrust. As its result, China retaliated by targeting America in this fashion within a very short time after such a statement; Xi Jinping’s government has said on 27th May, 2021 that the United States intends to make China a ‘Scapegoat’ finding no other alternative. It exposes that the US approach to the growing rivalries is not only conservative but virulent also. It might have deeper reasons since US attempt to incorporate China into its global neoliberal scheme has not been successful with China’s trade war now turning into another round of its combat with the narrative of China-made virus. The gravity of the situation can be understood from the statement of the Chinese Foreign Ministry spokesman Zhao Lijian who said: “In July 2019 in America’s Northern Virginia and Wisconsin areas many people suffer from unknown respiratory diseases. Has America ever given that information?” It is as if China wants to cover up its own faults by finding fault with America. To put it in other words, look at your own faults (here America) before blaming someone else (here China), although it does neither absolve China’s responsibility nor does it exonerate China’s top leadership and its bureaucratic structure of “ruthless efficiency” with which it always suppresses communication and news. That is why although it is difficult to bell the cat, it is now a widely shared perception that China would resist tooth and nail any such propaganda because its legitimacy would otherwise get a drubbing both at home and abroad.

From the above account, it is crystal clear that USA and China both the states have been at loggerheads and try to blame each other. However, the first round of tension and conflicts between the two states viz. USA and China have started in 2020 when the virus began to spread around the world taking the lives of the people.  The United States has strongly condemned China in 2020. Even America also called on the UN body WHO to investigate the matter and take appropriate action against China. But there is no proof of the truth of the allegations, though there is a strong and profound presumption behind the allegations. For some unknown reason, the Secretary of WHO has not taken any measure against China as to this. In this context, it may be said that the role played by the Secretary of WHO on China-related issues seems to be questionable. In response, the USA has withdrawn its membership from the WHO in 2020. By contrast, China does not acknowledge the US allegations; from the very beginning, China has tried to disprove these allegations in various ways. Since then two States have been at loggerheads over the virus issue.

Now we should say something very precisely on the Virus issue since all over the world it has severely damaged the balance of the health policy followed by different states. Novel coronavirus disease widely known as Covid-19 has created an unprecedented disaster in terms of human health and lives all over the globe. This disease caused by a virus was first detected or identified in Wuhan, China. Some specialists claim that Covid-19 has spread from the science laboratory of Wuhan in China when a project entitled ‘Gain on Function’ was going on by the scientists in that laboratory. Soon it spread to every nook and corner of the world. The virus causing the disease is rapidly spread through human contact. As such the virus took no time to cross the borders of the countries. One after another Italy, America, UK, France, etc. witnessed a heavy loss of human lives in a very short time period. The covid-19 virus first attacks the respiratory system of human beings and it begins with cough and fever, the usual symptoms of the common flu. But in its acute stage, it causes choking of breath leading to asphyxiation and death. There has been no vaccine for the disease since its inception. But now some antidotes in the form of vaccines have been discovered and they are being given to people for the cure of diseases. The disease has so far taken away a gigantic toll on human lives. From Europe to Asia, including India, millions of people are still being tested Covid-19 positive. From here we can see how deadly the virus is and how much the virus could impact upon international society.

By May 2020 the relationship had deteriorated to the lowest point as both sides viz. US and China were recruiting allies to attack the other regarding guilt for the worldwide Covid-19 pandemic. Mistrust and rivalry have been simmering remarkably between the US and China for the last decade. Since the beginning of the Covid-19 pandemic, this has given way to open hostility again. If the rift between the two countries continues like this, its effects will spread all over the world and world politics might give way to instability among nations. Its far-reaching effects are hitting the South Asian region too, as we have seen in the last year’s China-India standoff in the border areas of Ladakh in Galwan valley. By destabilizing peace and normalcy in the China-India border areas, China tried to send a message to the USA, since a good bilateral relationship has been developing between New Delhi and Washington in recent times.

In fact, the relation between China and USA has been complex from an earlier period and varied from positive to highly negative. In the decade of 1980s economic ties between them got a rapid momentum. The relationship is of economic cooperation, hegemonic rivalry in the Pacific, and mutual suspicion over each other’s intentions. Though both of them are alert about each other and both consider each other as a potential adversary but continued a significant economic partnership. The only limitation is that Americans perceived China as a threat to the established order prevalent during the post-Cold War period in its drive for regional hegemony in East Asia at present and an aspirant for global supremacy in the coming days. But the economic relationship deteriorated contrastingly under President Donald Trump, whose administration labeled China ‘a strategic competitor’ starting with the 2017 National Security Strategy. During the Trump administration and especially since the US-China trade war began, political observers have started to warn that a new cold war is emerging. However, it was not only the US but Australia, New Zealand and Japan which followed the footsteps of their godfather. But China did not show any great concern, rather it led the way. Quoting Lee Kuan Yew, the former Prime Minister of Singapore, Professor Graham Allison expressed “doubts about the United States’ ability to adapt to a rising China”. Though such surmise seems somewhat inflated as the US could flex its military muscle by virtue of its control over NATO  and its ability “to engage in naked gunboat diplomacy”, there is no gainsaying the fact that China’s spectacular rise, its OBOR, its 2025 initiative about robust development of manufacturing, to boost advanced technology to dominate hi-tech sectors, its sway in the South China sea, its growing influence within the UN, its “obsessively holistic strategic worldview” have inevitably disrupted the hierarchy of powers. Moreover, since 2020, there has been an escalation of tension between America and China over the origin of the virus issue. However, after a long-drawn period of quarrels, the tensions between China and USA gradually subsided by this time. But surprisingly, tensions between the two states over the same issue have resurrected in 2021 in full form. Here, it should also be kept in mind that after the dissolution of the USSR in the post-Cold War era, a vacuum was created as to the question of world leadership; China wants to exploit this void or uncertainty in the absence of ex-USSR (previous Super-power) to become a world leader at the expense of the USA. By contrast, America is also reluctant to give up its claim to world leadership. Therefore, both countries are vying to establish themselves as Super-powers to dominate world politics.