“Untangling the Gordian Knot”- Switzerland’s Role in the Tibetan Crisis 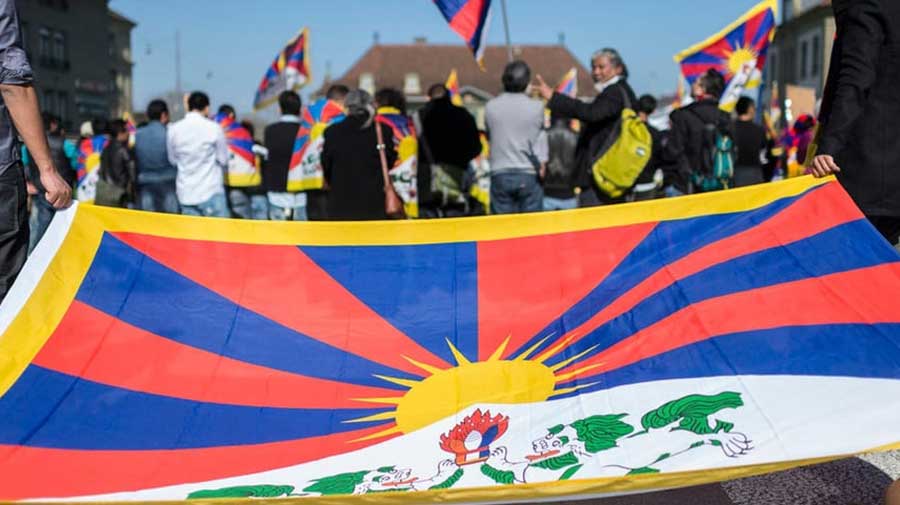 Tibet Bureau Geneva in May 2021 held China accountable for the forced disappearance of the 11th Panchen Lama of Tibet by blaming China for infringing with the centuries-old religious tradition of reincarnation in Tibetan Buddhism. Panchen Lama is known to be the 2nd most important leader in Tibetan Buddhism after His Holiness the Dalai Lama. Tibet Bureau Geneva has presented a petition to the United Nations (U.N) on part of Tibetan and supporters. The Bureau likewise called the U.N for pressing attention and action towards the release of Tibet’s 11th Panchen Lama. The Tibet Bureau Geneva for decades has been pointing out concerns and striving to push for the Tibetans inside Tibet and in Switzerland with the Swiss officials.

Tibetans constitute the second-largest Asian settler group in the country, right behind Filipinos with over 8,000 living in Switzerland. It has been considered one of the earliest countries to award asylum to Tibetans fleeing China’s unmerciful invasion of Tibet and has additionally been an advocate of discussion between the envoys of China and Dalai Lama. Switzerland was one of the first nations in the west apart from Germany and France that permitted the Tibetan refugees to settle in considerable numbers. Nevertheless, Tibet doesn’t hold sovereignty under international law and Switzerland, hence, has no direct official communications with the local Tibetan officials.

“The Tibet Institute” at the village of Rikon in Tösstal in 1968 was the only Tibetan monastery established in Switzerland. Through this, the Tibet Institute for spiritual and cultural care of Tibetan people has been set up to advance and preserve the Tibetan culture in Switzerland. The Tibet-Institut Rikon is considered to be the only monastery outside Asia that was established on behalf of his holiness the 14th Dalai Lama. Dalai Lama highlighted the relevance of monasteries for Tibetan people in exile. This monastery likewise makes Tibetan culture open to enthusiastic western and other non-Tibetan people. In 2018, the monastery celebrated its 50th anniversary.

Dalai Lama has been an influential advocate of social change and democratization among the Tibetans in exile. In “My land and My People” an autobiography, Dalai Lama recollects how he proposed to initiate amelioration in Tibet, designating a reform panel of directing citizens to rectify the disparities in Tibet. However, the Chinese invasion hindered the amelioration process. After the “Tibetan uprising” against the Chinese foreign rule failed in 1959, Dalai Lama and many of his citizens escaped overseas. Later, Dalai Lama charted the 1963 constitution that was replaced by the Charter of the Tibetans-in-Exile in 1991. Both reports discuss short and long-term purposes that comprise implementing a temporary resolution for administering Tibetans as a diaspora in exile and establishing the political life of Tibetans in the prospect of returning to Tibet under autonomous Tibetan administration.

For decades, the Tibetans have been denied a fair and free trial by China and are convicted to lengthy prison terms. Also, several such political convicts have either died or gone missing upon release after years of misery and starvation. Post-COVID, China has further used this as a subterfuge to quell the Tibetans by sending the armed forces apart from following an aggressive expansionist policy. In 2019, China had postponed the human rights dialogue with Switzerland after the latter signed a letter to the U.N along with 21 countries condemning China’s concentration camps in East Turkestan.

Krystyna Marty, Switzerland’s State Secretary in November 2020 held a political dialogue with Qin Gang, China’s vice minister of foreign affairs through videoconference to discuss the human rights, COVID-19 situation and economic relations in China to further foster sustainable bilateral ties. Switzerland through the dialogue has further communicated the concerns about the lack of respect for human rights in China particularly the Tibetan treatment by the Chinese officials. The following dialogue happened after the Switzerland ambassador to China visited Tibet in September 2020 and addressed the human rights situation with the local authority. The Tibet Bureau Geneva has appreciated the role of Switzerland in the development and betterment of human rights, a critical element of the political discussion and for the growing anxieties over the human rights condition in Tibet.

The Foreign Affairs Department of Switzerland had also ensured that the free access of the United Nations High Commissioner for Human Rights (UNHCHR) to Tibet and the assurance of Tibetan human rights supporters continue to remain the focus demands of Switzerland. The Tibet Bureau Geneva likewise had welcomed the report of the UN Committee on the Elimination of Racial Discrimination to China in August 2020 showing concerns about the continuous systemic disruption of Tibetan language and suppression of Tibetan language rights advocates as well as continued constraints on Tibetans to travel and appeal for passports. In 2020, the Swiss Foreign Policy Commission urged the country’s administration to present a comprehensive report to the Parliament on the implementation of human rights talk with China and further on the circumstances of Tibetans in Switzerland, a movement seen at a time when growing human rights violation in Tibet is being promulgated periodically.

However, there are circumstances where Tibetans in Switzerland are worried about a “little known” bilateral agreement or a “secret deal” on asylum and migration between Switzerland and China. As per the agreement, Chinese officials can visit Switzerland to identify and deport illegal residents. Non Governmental Organizations (NGOs) such as amnesty international have raised concerns about the following agreement. This deal shows Switzerland’s shift of position in labeling Tibetans as “Chinese” citizens and the rejection of nearly 300 asylum requests by Tibetans.

Switzerland being a peaceful country and one of the top nations in showcasing its “soft power” and also, home to many international organizations should take a neutral stand on the human rights issues and find a long-lasting humanitarian solution. Switzerland in the past has had a salubrious record in providing refuge to Tibetan exiles. As the world looks upon Switzerland and mainly international organizations like the UNHCR and UNHCHR during such a humanitarian crisis, it would be unfair for Switzerland to side towards a particular nation. The Tibet Civil Societies have also supported Switzerland to re-think on One-China Policy and the Belt and Road Initiative (BRI). Considering this, Switzerland should take an effective stand in the following issue and “Untangle the Gordian knot that must not be cut.”

The UNHCR, UNHCHR and the Swiss Red Cross along with Switzerland should cooperate to ensure that the voices of Tibetans are heard and China be held accountable for its truculent actions. To magnify the voices further, accomplished or educated women and men should likewise take part in actively supporting the Tibetan cause just like how UNHCR uses Celebrities from various countries to positively impact the government administration on behalf of the forcibly uprooted or displaced people, to publicize refugees’ concerns throughout the world. In this context, for instance, women like Tenzin Yangkyi from Switzerland who was crowned “Miss Tibet” a decade ago can serve as a role model to spread awareness about the plight of the Tibetans. Switzerland should further call for, to take a more robust stand on Tibet and incorporate the matters of Tibetans along with other refugees in its 2021-2024 Foreign Policy Strategy on China.