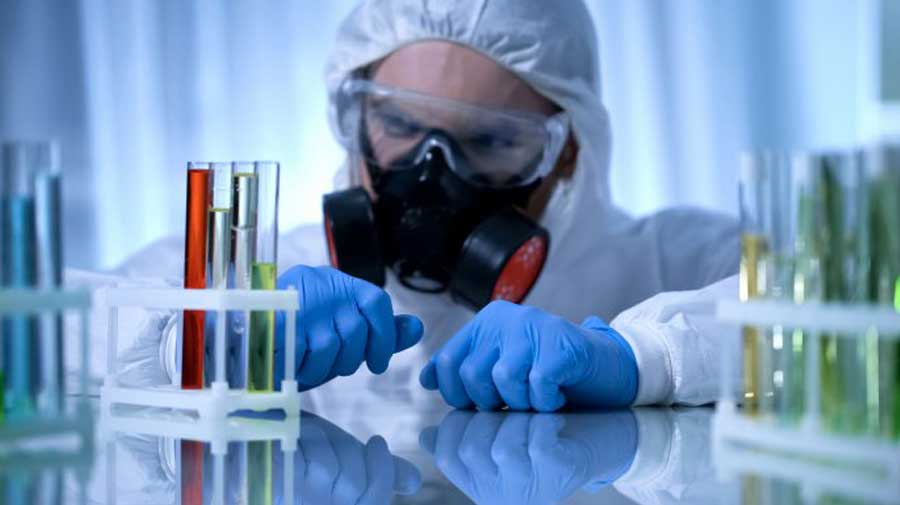 There is no end to China’s appetite for global ambitions and dominance. The belligerent nation has no ethical boundaries to its projection of power and has been usingnanotechnology, biotechnology, and artificial intelligence in an unethical manner to enhance its future revolution of armed forces, technological advancement and for modernizing its military equipment. It is also exploring the CRISPR technology tool that has been used to treat genetic disorders and modify plants. This gene-editing is believed to intensify the “armed forces” performance. John Ratcliffe, former director of National Intelligence of the United States had asserted that the Chinese officials carried out human testing on the members of the Chinese army in the foreknowledge of creating soldiers with biologically heightened skills. China is the first country in the world to aggressively pursue this “mutant soldier” ambition.

After Chinese military scientists have been accused of creating the COVID-19 as a biological weapon in the year 2015 as a non-traditional method of waging a global war as per the United States intelligence chief, reports of China creating “Mutant soldiers” have emerged lately. Despite being slammed by various countries for creating the “Wuhan virus”, China is no state to accept its culpability and has continued to flabbergast the world with its antagonistic moves. According to some reports, China has planned to build “mutant soldiers” as portrayed in Hollywood flicks such as “Iron Man” and “Captain America”. It is attempting to develop soldiers with a biologically heightened ability such as lifting huge weights, infrared night vision and running at high speed to extreme distances where there are no limitations to these mutant soldiers’ physical, cognitive and physiological capabilities. According to Global Times report, China is also looking to build “Iron man” suits for soldiers to fly. The Chinese scientists have also shown magnifying interest in creating exoskeletons that can be used in high altitude regions, which could effectively save energy in walking, climbing and carrying goods. With soldiers being put in life-or-death situations at the battlefront, the augmentation of mutant soldiers of China’s creation is considered to resist pain, extreme weather or even the need to sleep. Altering genetics is believed to help mutant soldiers cope more solidly in extreme circumstances. However, there are no facts to prove its ethical credibility. By putting its own citizens in jeopardy by DNA alteration experimentation can lead to new diseases and disrupt the human-environment balance. These new developments could also pose a formidable threat to the global economic and national security of various nations in the future.

Though China has denied these mutant soldier reports, it has in the same way not been accountable for making the COVID-19 virus to become a pandemic. Through its latest development by creation of “mutant soldiers”, the country has moved to the next level of “duplicating humans” through its “Made in China” policy, by yet again showcasing itself to be a cheeky belligerent copycat, having already been known in the past for duplicating car brands such as the Toyota, Mercedes, BMW, Porsche, Range Rover etc., food chains like KFC, MC Donald’s, Starbucks and Burger King, Disney stores and theme parks, book brands like Harry Potter and many more. The rogue nation’s bogus duplicating companies have become a predicament for global businesses that are striving to build a trademark image in China’s rising economy.

Xi Jinping’s Communist Party of China (CPC) has also clinched strategies to develop a wholly modern army to compete with the United States by the year 2027, which also signals the centennial of the establishment of the People’s Liberation Army (PLA). Likewise, the Chinese military intends to achieve its modernization plans by 2035 to display “world-class” armed forces by 2049 that also marks the 100th anniversary of the communist revolution. Xi first systematized his operations of military reform in the year 2015 after recognizing the army’s incapability to meet the needs of handling local hostilities. Xi had likewise noted that PLA was hampered by outmoded power structures and unbridled corruption, decaying to adequately administer joint operations that unified various armed divisions into a single armed effort. These cons made Xi move forward for major reforms in the armed forces to modernize the PLA to make it a world-class military. One such major transition has been the establishment of the military regions into “theatre commands” that promotes better-interspersed collective PLA military operations. At the 5th Plenum of China’s 19th Party Congress in October 2020, the CPC set 2027 for Xi Jinping’s “Three-Step Development Strategy” for military modernization and enhancing state-of-the-art military technology. As Xi continues in being an advocate for China’s rise through his anti-corruption crusades within the country, on the contrary Xi through the PLA aches to sharpen global military movements that project Chinese power to protect its international interests beyond its mainland boundaries.

In 2017, Vladimir Putin, the Russian president warned that humanity could soon create something more dangerous than a nuclear bomb. Considering Putin’s statement, the mutant soldiers are no longer science fiction and China should note that biologically enhanced soldiers could pose a danger in the future where “humans will fear humans”. The United States intelligence department has designated China as the biggest peril to democracy and freedom globally following World War II. As China hallucinates about the notion that the whole world must burn for the creation of a “New world order” in the 21st century, by spooking democracies through its “Sharp power” and finding new ways to dominate the world technologically, militarily and economically, it should realize that the creation of the new mutant soldiers will dwindle out with time just like how the world views “Made in China” products for its low-quality capableness and performance.