How Armenia Could Benefit From Losing A War 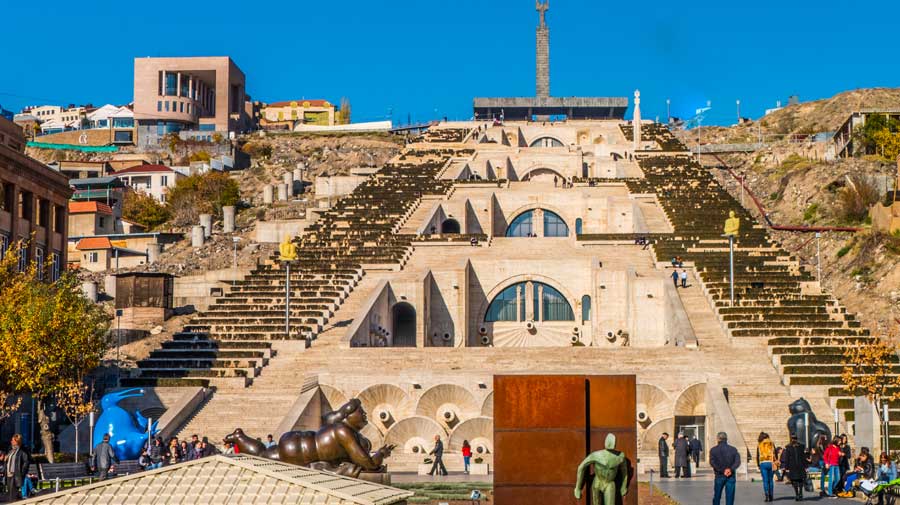 On the 105th anniversary of the massacre of Armenian natives by the ottoman empire, US president Joe Biden did something that his predecessors have failed to do. He acknowledged the Armenian mass murder as a genocide, which for a long turkey has denied, which in turn would have long-lasting implications on US-Turkey relations. US-Turkey friendship is a matter of much history; the United States had ongoing diplomatic relations with the Ottoman Empire, which then transformed into the Republic of Turkey in 1927. Turkey abiding with the Truman doctrine and a key ally in NATO during the cold war era has only proven beneficial. In contrast, the current Biden administration and Turkish President Tayyip Erdogan are at odds in various realms that had not tarnished the bilateral relations between the two countries. This recognition of the Armenian genocide might have made it just worse.

Armenia and Turkey have been rivals since the establishment of each republic and have no diplomatic relations. Ever since Turkey invaded and captured Armenian lands, both countries have been hostile to each other. However, the United States has trade and security relations with Turkey and Armenia, with Turkey being the all-weather friend. In the current developments, relations will benefit Armenia to establish themselves in the Caucasus region on the outset of losing a war with Azerbaijan will be detrimental in the geopolitics of the area.

Where did it start?

The Armenian Genocide of 1915 was the systematic execution of ethnic Armenian Christians in the Anatolia region of the Ottoman Empire, accusing them of corroborating with the Russians during the first world war. The Armenians were classified as an untoward section by leaders of the Young Turks movement and were massacred in groups until 1917. The Armenian population in the region went below by 1,745,390 between the years 1914-22. Mass executions of men, women, and children were taken place with evidence of rape, torture, and sexual mutilation. Turkey also seized Armenian lands during the Turkish-Armenian war during the same period. The mountains of Ararat, the greater and lesser revered by Armenian Christians as it is believed to be the resting place of Noah’s ark. The memories of massacres and invasion have left deep scars among Armenian people and a distaste for Turkish governments who have always denied these atrocities.

The Case of Armenia’s Rise

In today’s political scenario, the Caucasus is becoming a geopolitically significant region with a new great game is in play by giants to establish their political dominance in the region for the vast untapped resources and strategic geographical position. Which in turn making the countries in the region more active players than they were a decade ago. President of Armenia Armen Sargsyan has directly accused Turkey of intervening in the war with Azerbaijan and dismantling any peace talks. With Turkey-Iran regional rivalry and Armenia’s goodwill with Iran proves to be an unusually favourable political table for the former. With Russia and Turkey colliding on the intervention in Syria, with Russia brokering the peace processes in the Nagorno-Karabakh war, this looks like it is the right time for the country to ascend itself to the global scene.

However, the loss with Azerbaijan has significantly affected the popular appeal of the government, and people have stormed the ministerial compound in protest to the defeat in war. How the government tackles this immediate defensive position with the country’s long-term ambitions is detrimental to the rise of dominant power in the South Caucasus.

Turkey, already at odds with the United States, is accused of serious involvements in the Nagorno-Karabakh war wherein Turkey has officially pledged its troops to Azeri offense. Even though this is said to be because of their ethnic relations, it seems like Turkey’s first steps to assert itself in the Islamic world against its rivals Iran. Former US secretary of state Mike Pompeo was critical of Turkey’s involvement in escalating the conflict rather than resorting to diplomacy. The US is also concerned about Russia’s growing influence and show of strength at the Georgian borders. All the leading players in Turkey, Iran, Russia can be directly influenced by Armenian policies, which offers the US a promising future in the southern Caucasus.

The strategic options and future of Caucasus

The spiraling down in US-Turkey relations could prove directly beneficial to Armenia. It strengthens its position in the commonwealth of independent states aligned with Russia, with a cross-cutting partnership with the US. With the US trying to restore the JCPOA deal with Iran, Armenia could play a mediator role from the region, which would further assert themselves in the goodwill of powerful nations. However, a much superficial ambition, if they can set the table, all three would share the benefits. And the peace deal of Nagorno-Karabakh has made clear that countries of the South Caucasus are set to be over conflict and on negotiations.

The major setback Armenia suffers in this region is its conflict with Azerbaijan, which has rich untapped resources and has captured the eyes of major powers. Given its strong relations with Turkey, Azerbaijan is pushing for its NATO membership. If made possible would prove to be decisive for Armenian foreign policy; however, this is unlikely since the US is not affirmative of Turkish actions. As for Georgia, it still reels under the pressure of Russian forces in Abkhazia and South Ossetia. The immediate winners of the war are not Azerbaijan but Russia, which leverages all three countries in the region. Georgia under military pressure, Armenia on the diplomatic front, and Azerbaijan with staying neutral in the conflict. This might prove costly for Turkish ambitions, pushing the United States to be strongly involved in the region.

With Armenia inching closer to the United States and forming a balance between Russian interests and western policies for the region, thereby acting as an axis of power swing in the Caucasus, stabilizing the conflict and emerging the better of its counterparts. How Armenia balances this on the outset of internal conflict while taking a stand against Turkey would unfold the future of politics in the region and who emerges victorious.

Vinayak Ravi
Author was pursuing his Integrated Masters from Central University. His research Interests include US-Caucasus relations, Azerbaijan-Armenia Relations, and India's foreign policy in the Caucasus.
Tags:
Share:
Share this...