France: A Balancing Force In Quad And The Indo-Pacific 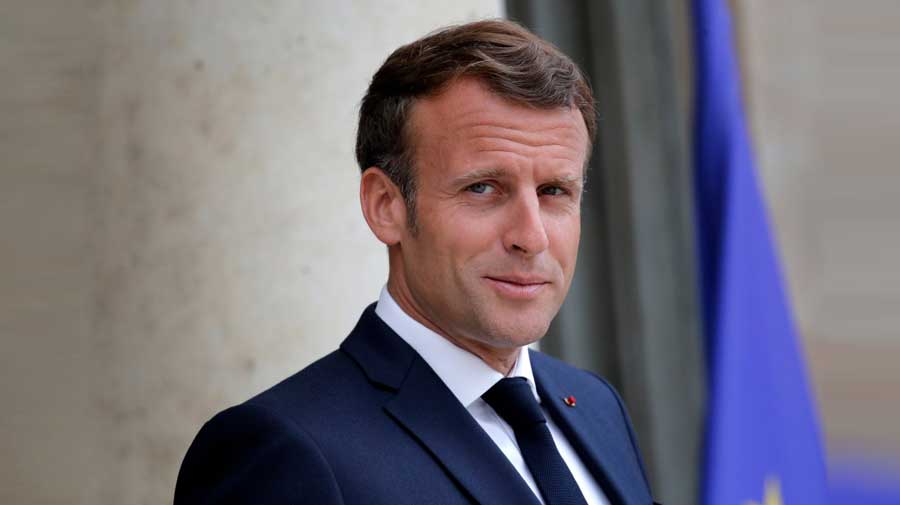 The Indo-Pacific region, cast across the Indian Ocean, the Western and Central Pacific Ocean is joined by the two great oceans linking the main trading route, the Straits of Malacca. It is a conflicted zone between various states – China, the USA, India, Japan, being the most powerful players. And while the US often refers to the Asia-Pacific covering an area from Hawaii to the coasts of India, France prefers the notion of Indo-Pacific more adapted to its geographic security challenges.

France in the Indo-Pacific

France is not a newcomer to the Indo-Pacific region. Its possessions trace back to its former colonial empire and it currently consists of a multitude of islands (La Reunion, Mayotte, New Caledonia, the French Southern and Antarctic territories Wallis & Futuna, and French Polynesia) that preferred to remain under French rule to declaring independence back in the 1960s. These possessions cover a vast maritime space, ranging from the Indian Ocean to French Polynesia in the Pacific, the most populated islands being La Reunion, Tahiti and New Caledonia. Therefore, France, quite naturally, sees itself, in the area of the globe, as an island nation. In terms of population, these islands represent over 1.6 million inhabitants and grant Paris the second-largest exclusive economic zone in the world with over 9 million square kilometres.

contested maritime waters. From a military perspective, France operates two military bases (Djibouti and Abu Dhabi) and has a permanent military presence across the Pacific with a full infantry brigade (7000 infantry soldiers in total), surveillance and fighter aircraft (with refuelling capacity), and regular deployments of air-defence and anti-submarine frigates. These are objectively modest military means but not insignificant within the context of the French Indo-Pacific policy, designed to work in the framework of multilateral institutions and international law. Should those institutions and norms fail, Paris would hope to play a delicate balancing act between the powers in the region.

Foreseeing the economic rise of the Indo-Pacific, France designed in the 1990’s a strategic economic policy pivot towards this dynamic, though the diplomatically unstable region. Paris had indeed the right insight but the results of this policy were mixed because France lacked, both the financial and demographical means to significantly increase its role in the Indo-Pacific. A sluggish economy coupled with a rising budget deficit spelt doom for a more ambitious policy. To make matters worse, Paris and its renewed regional ambitions were met with mistrust, in particular, stakeholders from governments in Australia and New Zealand whose view that France was little more than a troublesome outsider in this region, operating more than twenty thousand kilometres from its metropole.

The Asia-Pacific region- The Quad, ASEAN and China

The Asia Pacific and Southeast Asian nations have regional and intergovernmental

organizations that hold diplomatic summits, bilateral and multilateral dialogues within the region. Most notable, in Southeast Asia, is the ASEAN (Association of Southeast Asian Nations) consisting of countries, such as – Singapore, Myanmar, Brunei, Indonesia, Cambodia, Laos, Malaysia, the Philippines, Vietnam and Thailand. The ASEAN is a regional organisation with the main focus on free trade and whose strategic objective is to progress towards economic integration between member countries. For decades, the ASEAN has rather successfully led the region creating strategic significance across Southeast Asia, South Asia and the wider Indo-Pacific region.

In 1991, after the fall of the Soviet Union, the West collectively made the risky bet that China would rise peacefully, indefinitely (A view popularised by Francis Fukuyama, in the – ‘The End of history and the last Man’) and it’s indeed what happened in the last thirty years where the ASEAN and China engaged successfully on economic development. However, when Xi Jinping assumed power, the Chinese foreign policy became more assertive, challenging the “status quo” in the South China Sea. As of today, there are over a dozen territorial points of contention between China and its neighbours (Japan, Indonesia, the Philippines, Vietnam, Malaysia, Republic of Korea, Singapore, Brunei, India, Bhutan, Laos, Mongolia, and Myanmar).

Noticing these challenging security trends, the US, Japan, India and Australia decided to revive, the Quadrilateral initiative (QUAD) in 2017. Their view largely foresaw that ASEAN could not provide a complete forum in dealing with China and that it ought to be countered through a determined security architecture. The bone of contention, ‘par excellence’, would be, the South China Sea.

France and its role in Indo-Pacific through QUAD

France having initially failed to achieve its economic pivot to the Indo-Pacific and once perceived as an intruder, is now seen as a useful ally by Quad members in reason of Beijing’s new challenging policy. The maritime spaces connecting the entire Indo-Pacific also constitute a major security issue for France and other European countries. Therefore, France does have a strategic interest in keeping the international sea lanes open for the sake of Europe’s economic and trade security. Its policy is therefore committed to international law and the freedom of navigation, a key reason why it engages in naval exercises alongside other Quad members (inside and outside the formal structure of the grouping). Despite this, Paris falls short of aligning completely with other Quad members, particularly, regarding China. This way, Paris can retain a degree of autonomy within its foreign policy.

Without being a full member of Quad, France is nonetheless skillfully using this coalition in order to enhance its presence in the region. As for the diplomatic relations with India, the ‘rapprochement’ is rather spectacular. Firstly, Paris and Delhi have agreed to cooperate closely on security in the Indian Ocean, therefore improving the security prospects of La Reunion and Mayotte. Furthermore, Paris clinched a 36 “Rafale” fighter deal with India (now under legal scrutiny). Finally, French President Emmanuel Macron and Prime Minister Narendra Modi signed a military logistics and support agreement so that this new military cooperation works from an operational side.

Franco-Australian diplomatic ties also fare for the better where France’s presence in the Asia-Pacific region, is not only appreciated now, there’s quite a natural alignment between Paris and Canberra because both countries defend a non-provoking posture against China.     Although this high level of trust hasn’t yet led to any increased defence cooperation at the strategic level (unlike with India), the two navies do cooperate closely at an operational level, in particular (but not limited to) within the framework of the Quad initiative. Finally, this new momentum has enabled Paris to sell its most modern ‘Barracuda’ submarines to Canberra totalling 12 submarines worth USD 35 billion.

Glimpsing toward the future

From a diplomatic and defence perspective, it seems like France and its association

with Quad is currently winning. It fortifies its diplomatic independence, fosters its ties with both India and China and exhibits its most modern defence apparatus in the Indo-Pacific region. Moreover, a significant ripple effect is taking place at the European level where former colonial powers such as the UK and the Netherlands are hedging their own strategic calculus. In May, the UK will be sending a whole new aircraft carrier group escorted by a Dutch frigate to the Asia-Pacific region, for a long-term mission. As a whole, there are unequivocal signs of Europe getting more involved in the security matters of the Indo-Pacific region.

France’s new stance in the region, however, remains fragile, because no matter how cautious it is in not provoking Beijing without necessity, Paris would have to make hard choices if the current situation evolved into a grave security crisis. Siding with Beijing would not be an option, due to previous French commitments to both international law and freedom of navigation. Backing down would instantly erase all its diplomatic gains in the region, jeopardizing even Paris’ diplomatic status in the world. As for full alignment to Quad members, it would draw the ire of Beijing whose sanctions would severely impact the French economy. Nonetheless, it makes little doubt that in last resort, France would side with those countries that support international law and freedom of navigation.

If a security crisis turned into an armed conflict in the South China Sea, France’s course of action is hard to predict. Would it send to the zone most of its navy and special forces in support, thus leaving the metropole cruelly exposed, or would it take a more cautious option keeping the bulk of its military forces at home? A key part of the answer lies in the diplomatic ties between Russia and the European Union.

The views and thoughts expressed in this article belong solely to the authors.

Bertil Huger
Bertil Huger is an Associate fellow of the European Centre of the University of Southwestern Russia. A former geopolitical analyst at the French Ministry of Foreign affairs, former Deputy to the Defence attaché at the French Embassy in the Netherlands as Naval officer. He can be reached at hugerbertil@gmail.com. You can connect with him on LinkedIn.

Dr Manavik Raj
Dr Manavik Raj is a geopolitical analyst and journalist based out of Bengaluru, India. He focuses on conflicts in India, South Asia, and the ASEAN region. He also contributes to various publications and think tanks. He can be reached at – manavikraj12@gmail.com. You can connect with him on LinkedIn.
Tags:
Share:
Share this...