Expansion in National Currency Payments as Protection from the Dollar 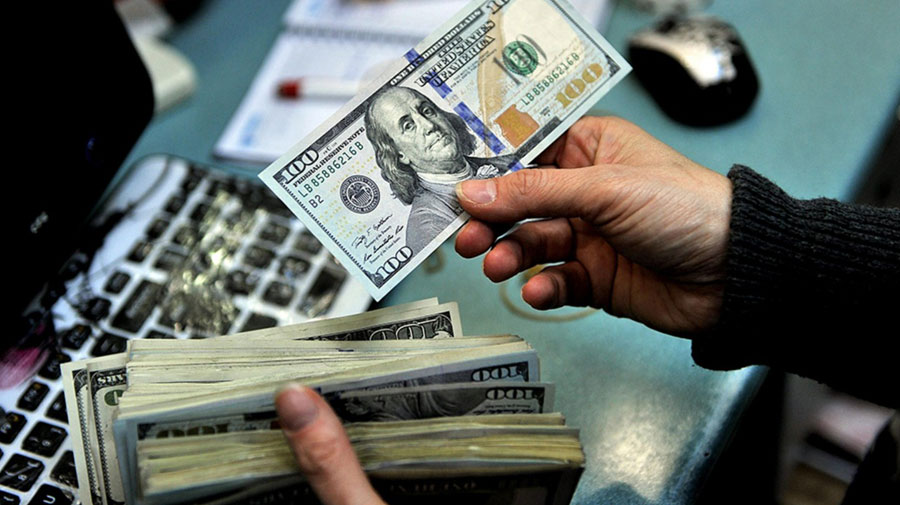 There is an over whelming impulse among emerging economies and blocs like the SCO and BRICS to change the currency situation of international payments and lending, from the hegemonic U.S. dollar to local currencies.

The nineteenth meeting of the Council of Heads of Governments of the Shanghai Cooperation Organization (SCO) that includes China, Russia, Central Asian states, India and Pakistan was held in a video conference format on November 30, 2020. Among the many prospects of economic development examined by the delegations was the proposal for national currency payments between “interested” SCO members to bypass unilateral Western sanctions on Russia and Iran.

Unilateral American sanctions in pursuance of political objectives are used strategically in circumvention of the UN Security Council, as restrictive measures with economic effects. Given this, many countries are keen to start using their local currencies for mutual settlements. Trading in local currency essentially means that countries start invoicing their products to be exported in their own currencies, but even to arrive at a local currency exchange rate, the reference again is the US dollar.

Lately, sectoral sanctions against Iranian and Russian companies and their partners, and technological ones against China have been expanded greatly. These sanctions obstruct the successful implementation of many infrastructural proposals, also affecting other nations involved in, say, connectivity projects. They have certainly been detrimental to India’s interests vis-à-vis implementation of  major North-South connectivity  proposals  like International North-South Transport Corridor (INSTC) connecting the European Union through Russia and Iran to India and ASEAN; the Chabahar Port and railway connecting India through Iran to Afghanistan, Central Asia and Russia; and the Vladivostok-Chennai sea lane of communication connecting India to Russia’s Far East.

Impetus to the Establishment of Institutes by SCO & BRICS

The idea of using national currencies among emerging economies and blocs like SCO and BRICS has been around for some time. China which has been a driving force for economic cooperation in the SCO has been pushing for the establishment of an SCO Development Bank as an important step in internationalisation of the RMB, and replacement of the US dollar as the reserve currency. In China, the alternative SWIFT payment system in RMB  «CIPS»  is already in place with more than 690 banks as participants.

In the BRICS forum also, a massive effort towards de-dollarization is being led by China and Russia. At the Fourth BRICS Summit in New Delhi in 2012, the five-member nations agreed to extend credit facility in local currency to each other and to replace the US dollar as the main unit of trade among them. But this was not so easy given that the US dollar is the current base currency in global trade.  At the seventh BRICS Summit in Ufa, 2015 Russia suggested that at least 50 percent of intra-BRICS trading could be invoiced in Yuan, the leading currency in the group.

The BRICS’s New Development Bank (NDB) proposed disbursements in national currencies in 2015. Since then, it has registered a couple of local currency bond programs, with 10 billion yuan in China and 10 billion rand in South Africa. It is also about to complete the registration of a 100-billion-ruble program. At the April 2020 BRICS finance ministers meeting, the first elected president of the NDB, K.V. Kamath, from India said that in 2019, a quarter of the USD 15 billion of financial assistance was given in local currencies. Kamath said, “We will raise dollars, we will raise euros, but at the same time, there will be a significant reliance on local currencies,” “50 percent (of projects) should be local currency financed.”

Russia, previously a top holder of US sovereign debt, has radically decreased its holdings because of sanctions. Both Russia and China have been swapping sizeable amounts of ruble and yuan since June 2014, after Western sanctions were imposed on Moscow. Since then, Beijing has extended  yuan to cash-strapped Russia in “multiple” deals under a bilateral currency swap agreement. Although 55% OF settlements between Russia and China are still being made in dollars, and only at 35% in yuan, this situation is likely to change soon.

Systems to circumvent the dollar are being furthered after US actions during the pandemic. With America threatening to impose sanctions on whoever conducts business with Iran, several foreign banks were deterred from doing business, including financing humanitarian deals. American sanctions blocked Iran from importing medical items. Last year Iranian President Hassan Rouhani lamented that if the United States “had a bit of humanity and brain,” it would have offered to “lift the sanctions for a year because of the coronavirus.”

These emerging markets are also planning to introduce a special cloud platform, which will connect their national payment systems into a single payment system, ‘BRICS Pay,’ as part of the drive to establish a common system for retail payments and transactions between the member countries. China Union Pay is the largest card payment organization in the world based on the total value of payment transactions, ahead of Visa and Mastercard. After US imposed sanctions a few years ago, switching off the global payments network for Russia, many ordinary Russian citizens found themselves unable to access cash via their Visa and Mastercards, which led to the increase in the volume of transactions conducted using the ‘Mir’ national cards. Chinese telecommunications corporation Huawei, together with UnionPay payment service, is now launching its own Huawei Pay system in Russia.

As more and more countries Iran, Turkey, Venezuela, and others are subjected to U.S. bullying a crusade to get away from American denominated cards will gain momentum. To reduce dependency on the U.S. petrodollar, China has set out to create a Yuan marker for the price of crude. Iran had to be the first to adopt Chinese Yuan-based oil sales because of the illegal sanctions imposed by the U.S. Department of the Treasury. Venezuela added to this in 2017. Russia agreed to some oil trade based on the Yuan in 2015. Russia is selling Venezuela’s crude oil. China diverted Iranian crude with Yuan payments.

China’s Belt and Road Initiative (BRI) has an integral gold-based currency component and preparing for currency swap facilities. As economies find themselves targeted by illegal, unilateral American economic sanctions, they will establish linkages within themselves bypassing the dollar, for trade and economic sustainability. Settlements in national currencies ensure the stability of payments, saves the exchange charges of the dollar. Because of US sanctions on Moscow, and to some extend Trump’s termination of preferential trade status for India, the latter resorted to Ruble payments for Russian S-400 defence systems.  in the backdrop of growing bilateral trade and investments with Turkey and South Korea, India notified non-dollar-mediated the rate of exchange for Turkish lira and Korean won. Russia is considering using the euro for trade with Russia’s European trade partners, including in energy trade. Within the framework of the Eurasian Economic Union, nearly 72 percent of settlements are carried out in national currencies.

In a recent statement, SCO Secretary-General Vladimir Norov announced that the representatives of the SCO Interbank Consortium are working on a gradual transition to mutual settlements in national currencies as part of their financial cooperation development. This will contribute to the creation of an alternative direct payment settlement system backed by gold, independent of the politically explosive and speculative U.S. dollar system.

The process of de-dollarization has gained even greater momentum with the trade war between the United States and China. De-dollarisation severely weakens Washington’s ability to wage an economic war against China, Russia, Venezuela and others. Along with reducing the share of payments in the U.S. dollar, they could consider creating a common cryptocurrency for mutual payments as well. Any steps taken by the emerging economies to create and maintain their own economies and infrastructure are justifiable.