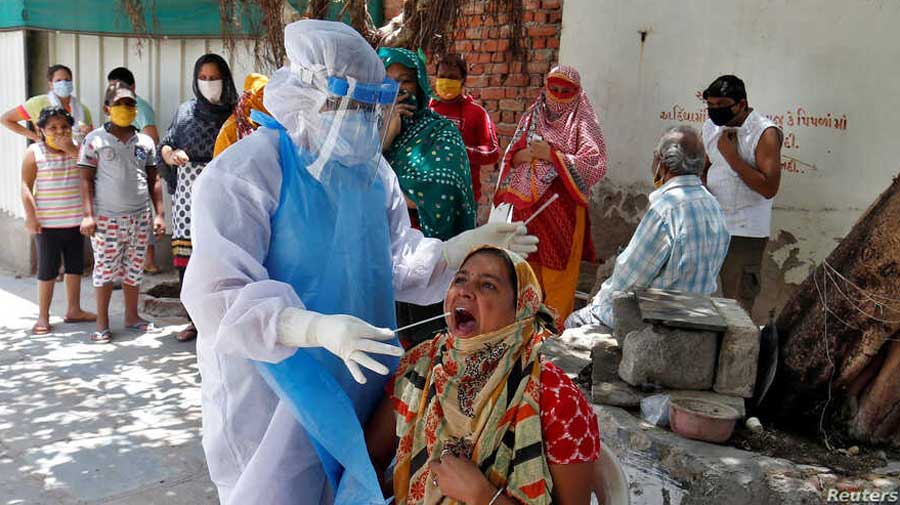 COVID-19 cases in India rages, accounting for 46% of the world’s new cases. The new variant has been highly infectious, resulting in the collapsed healthcare sector in India. WHO says India accounted for half of last week’s reported cases. The new variant is likely to be more dangerous for other countries due to its mutating capabilities. India’s large population and growing COVID-19 are creating anxiety in Asian countries and the world. The second wave in India has spread to the neighbouring countries. Many countries have detected the new variant resulting in increased COVID-19 cases in Asian countries. India has reported more than 300,000 daily Covid-19 cases for 21 consecutive days.

The outbreak of the new variant

The new variant is deadly, and the outbreak continues to spread. The neighbouring countries, including Nepal and Sri Lanka, have seen an increase in COVID-19 cases. Countries in South Asia sharing borders with India have seen an increase in COVID-19 cases, Pakistan has seen an average increase of 4,274 cases in the last week, Nepal saw a daily surge of more than 9,317 new cases and Sri Lanka saw a drastic increase in the last one week with 2,568 new cases on May 12th. Neighbouring countries of India have limited vaccine supply and basic health care resources, which is creating a grieve situation due to the new variant.

The double mutant variant has been starting to affect the Southeast Asian Countries, many countries closing borders to save guard the outbreak. The outbreak will impact the Island countries harshly due to limited healthcare resources. Bangladesh, Nepal, and Sri Lanka have banned frights with Sri Lanka sealing its borders with India to prevent the outbreak. The South Asian workers in Southeast Asia are a threat to the healthcare system as the countries neighbouring India have already detected the virus. The limited testing facilities in small Asian countries can create a disastrous COVID-19 situation. The horrifying situation in India with much better resources is frightening for the Asian countries.

According to the World Health Organization (WHO), the double mutant known as B.1.617 was first found in India is now detected in 17 countries. Southeast Asian countries have limited healthcare facilities and vaccination, they need to protect their borders and prevent entry from India and countries detecting the new variant. Thailand has reported 4,887 new cases on 14th May, the country has a large number of refugees from Myanmar and very limited healthcare resources that can not prevent the spread of B.1.617 variant. The authorities have restricted travel, and many advisories have been released by the government to prevent the spread. China, on May 6th, detected 18 cases of the double mutant and suspected more in the country. The WHO classified that the Coronavirus variant first identified in India in 2020 as a “variant of global concern” after some preliminary studies showed that it spreads more easily. The rapid spread of the variant is haunting due to the requirement of intensive care, ventilators, and oxygen cylinders for the patients in India. The countries in Asia have been adversely impacted by the variant, 5.9 million new confirmed infections in the past two weeks.

The new variant is double mutating, causing a deadly effect, and with the new wave of infections, Southeast Asian countries need the preparedness and support of the U. S. and China. The mutations have increased transmission; they are spreading faster. The porous borders with Myanmar and Nepal with India cause a greater threat to Southeast Asian countries. Countries like New Zealand and Thailand have suspended travel bans, but due to the nature of the global economy, the spread of the virus can not be prevented with travel bans from India only. China has actively taken part in discussions and creating response plans with South Asian countries. China can play a major role in helping Southeast Asian countries with limited resources and vulnerable populations.