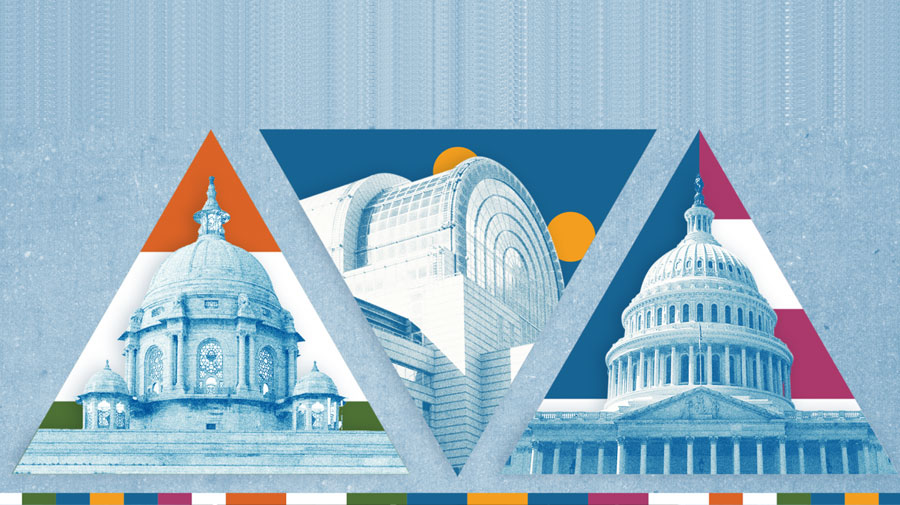 We are witnessing an obvious manifestation of an Indo-Pacific decade as new actors are defining their strategic interests in the region. Moreover, the EU appears to be the latest entrant. Ahead of the 16th India-EU Summit, the EU has finally adopted a strategy on the Indo-Pacific region. While Brussels is keen to foster deeper engagement in the region with “like-minded partners”, it involves a multitude of challenges from a gamut of stakeholders. With the new strategic rollout and the EU entrenching itself as a dynamic pillar in the Indo-Pacific economic, political, and security architecture, one is coerced to ask what this could mean for India. Could it indeed set their relations on the track to realize the full potentials of the strategic partnership? This article while examining the EU’s Indo-Pacific strategy sheds further light on the emerging opportunities for India and the EU to cooperate.

Contested Conceptualizations of the Indo-Pacific

The Indo-Pacific covers a vast expanse of the region spanning from the East coast of Africa to the Pacific Island states. It comprises of 38 countries, accounts for nearly 60% of the global GDP, and hosts more than 64% of the world’s population. For India, the Indo-Pacific region serves as an opportunity to strengthen its footprint in the region. On a geographical note, both India and the EU share similar views, which was reflected in the Council’s conclusions on an EU strategy for cooperation in the Indo-Pacific. India’s Indo-Pacific concept was articulated for the first time in the SAGAR doctrine – Security and Growth for all in the Region. The Indian approach to the Indo-Pacific is based on the pillars of maritime security and ecology, disaster risk management, connectivity, supply chains, and scientific and academic cooperation. New Delhi’s priorities towards the Indo-Pacific are, in many ways directed against the rise of China in the region.It, therefore, places greater significance towards partnerships to address the existing challenges in the new strategic environment. India has been deemed as a crucial player in the Indo-Pacific region. Along with Washington, Tokyo, and Canberra (QUAD members), the EU has become the latest member acknowledging India as an important stakeholder in the Indo-Pacific.

For the EU, though physically distant, it has crucial economic, political and strategic interests in the Indo-Pacific. First, as a global trade power linked to the global supply chains, the EU has crucial stakes in safeguarding the sea lines of communication and freedom of navigation. Second, the EU seeks to tackle global challenges such as climate change, cybersecurity threats, and terrorism effectively along with the Indo-Pacific countries. Third, the EU advocates rules-based governance in the Indo-Pacific region. A free and open Indo-Pacific region that is inclusive and based on international law is in the collective interest of the EU. EU’s strategy on the Indo-Pacific mirrors all these facets.

The EU’s hesitance at first to act as a coherent ‘geopolitical actor’ in Asia is attributed to its ambivalent relations with China. Released in 2019, the strategic outlook document deems China as a systemic rival vis-à-vis an economic competitor. The EU’s Indo-Pacific strategy unveils that the EU is not indulging in conceptualizing the Indo-Pacific as a containment strategy. Brussels has been particularly keen on cooperating with China through the comprehensive agreement that was signed in December 2020. EU’s hesitance stems not only from the indifferent behaviour of its key member states like Germany but also from its strategic interests. As its biggest trading partner, the EU cannot afford to shun China.

Additionally, the EU’s Indo-Pacific strategy needs to be examined from the prism of its shared competence between the EU and 27 member states. The EU is not a traditional naval power and its maritime presence in the Indo-Pacific is mainly due to France. However, its commitment to maritime security and rules-based governance in the sea is to be commended. The EU’s Indo-Pacific strategy exhibits this keenness to work closely with China while at the same time reaching out to other important partners like India. The strategic document also unveils a new sense of realism in the EU’s foreign policy postulation.

While it is evident that there are differences in the conceptualization of the Indo-Pacific by India and the EU, both are ready to take on a collaborative partnership in the region. Future partnershipswill be driven by two priorities: connectivity and supply chains which this article discusses below.

Joint India-EU Cooperation in the Indo-Pacific: Connectivity and Supply Chain

The pandemic also revealed that for the EU to limit its dependencies in Asia, calls for a repositioning of the supply chains network. The EU needs to safeguard the supply of critical health commodities, thus boosting the political mandate in its partnership with India. Moreover, with India’s stature as ‘pharmacy of the world’, it can play a crucial role in becoming a vaccine-manufacturing hub in the world. Collectively, India and the EU can ensure equitable access to vaccines to all especially to the developing countries. Through the Indo-Pacific cooperation, both India and the EU can work closely with the ASEAN countries in vaccine production. The strategy on Indo-Pacific also reiterates the prioritization of the health sector as an emerging area of cooperation. It calls the EU to “ensure safe and diverse pharmaceutical and health-related industrial supply chains for enabling access to safe, effective and quality medicine and health products.” The paper also mentions supporting the Indo-Pacific partners including through the COVAX facility.

Until now, India-EU relations have been held captive to a free trade agreement and only during the previous summit, did we witness some major transformations. The Indo-Pacific tilt in India-EU relations offers great potentials in the future. Such cooperation could open new avenues to deepen the existing momentum in their strategic partnership while reasserting the potentials of the India-EU-Indo-Pacific dimension.